New Dallas tree zoning law to be voted on Wednesday 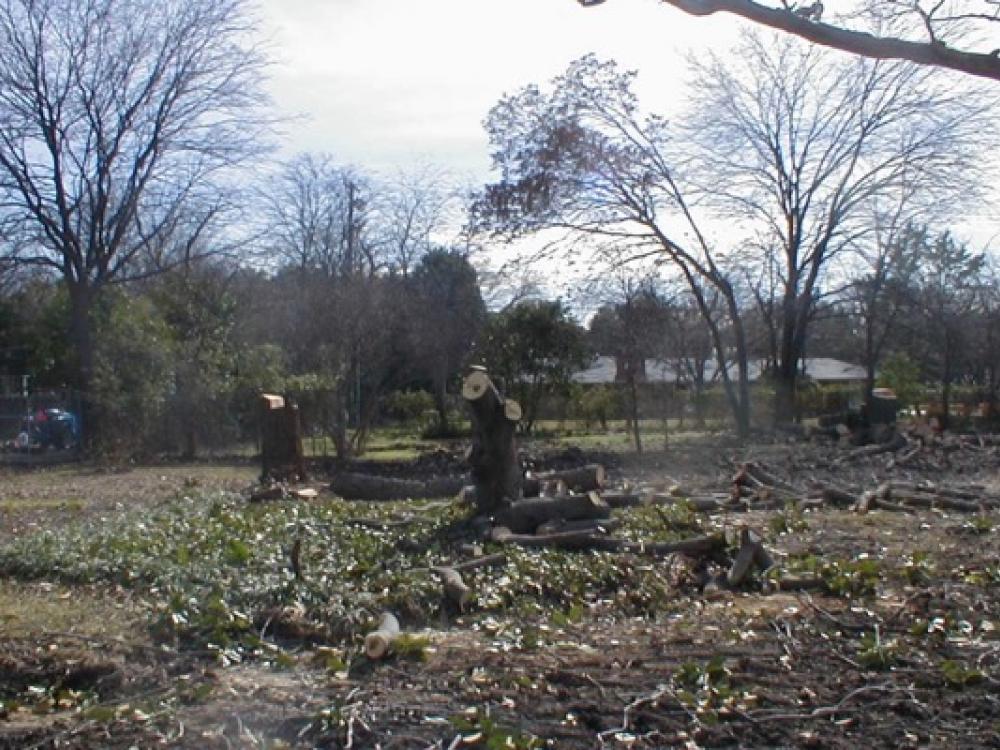 The proposed Neighborhood Forest Overlay would allow homeowners to form a zoning district that could prevent wooded lots from being clear cut. Photos courtesy of Steve Houser.

A first-of-its-kind proposal being mulled over at Dallas City Hall may prove to be a revolutionary way to protect urban forests throughout America.

Up for a vote most likely this week by Dallas City Council, the Neighborhood Forest Overlay is a stand-alone ordinance that would set the framework for 10 or more homeowners in an area to band together and form an overlay zoning district for the sole purpose of creating a tree preservation and management strategy for the neighborhood. 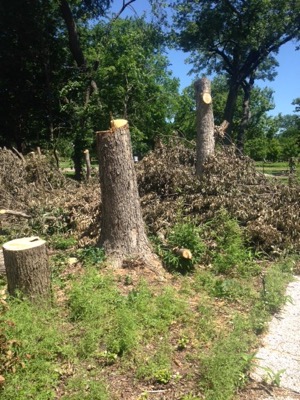 The policies they come up with would then apply to every homeowner who signs on to the agreement and essentially deed restricts the property so that future buyers or estate recipients would need to comply with the policies also, thus making the trees on-site part and parcel with the home and the neighborhood.

Phil Erwin, chief arborist for the city of Dallas, is the primary author of the ordinance, alongside other staff from Current Planning in Sustainable Development and Construction.

Erwin said the concept was derived from the desire to provide more control over the tree removal process in neighborhoods that could not be granted through Article X, the city’s 2018 tree and landscape ordinance. The current law allows for homeowners to seek historic tree designation for trees of cultural or historice significance in their yards. The Neighborhood Forest Overlay would go beyond the current ordinance by protecting overall neighborhood tree canopies.

However, he admitted Neighborhood Forest Overlay is voluntary and will not guarantee the long term preservation of trees.

"Preservation depends on the will of the individuals to preserve trees. When another person owns the tree, that new person has right to their property. What this ordinance does do is place an additional step in the process of the elected property before permits or tree removal authorization will be given."

The proposed ordinance is supported by longtime Dallas-area arborist and urban forest advocate Steve Houser, who says the overlay can be thought of as a sort of homeowners association that’s focused on preserving the greenery of a neighborhood for current and future property owners.

Without the ordinance, he says, very little stands in the way of someone buying a home in a wooded neighborhood and cutting down a major swath of trees, ruining both the ecological benefits that those trees yield for the area as well as property values of the homes nearby. An NFO puts the power of greenery preservation in the hands of the people most affected by anything that happens to the trees, therefore taking the city out of a top-down enforcement situation and giving the neighborhood the power to govern itself.

“It's not like the city's coming to you and saying, you have to save trees,” Houser says, who is the cofounder of the Texas Historic Tree Coalition and the coauthor of a book on Indian marker trees. “It's your neighborhood gathering together and saying, look, if we clear cut all of our big trees, we don't have the same neighborhood and it affects our quality of life, you affect your air quality, you affect your health - you cut down the trees, and you might as well be a newly developed area like Plano or Frisco.”

If passed, the NFO would complement the city’s tree and landscape ordinance known as Article X, which was an incentive-based set of policies that both tree advocates and developers felt they could live with. Article X has teeth when it comes to saving trees but applies only to properties of two acres or more. Most of Dallas’ mature trees sit on homeowner’s property of less than one acre. Houser says unless the NFO idea is implemented, huge portions of the city’s urban forests in areas like Oak Cliff could be felled by the whim of people who don’t even live in the neighborhoods they’re affecting.

“Take Forest Hills for just one example of God knows how many battles we fought over trees over 25 years. That's one of the areas many years ago that really likes this idea because they have seen a lot of clear-cutting of trees in their neighborhood,” Houser says. “It is called Forest Hills for a reason, because they've got some large, old trees down there. And when [a new property owner] cuts down most if not all the trees and they put in another house, it's the clear-cutting of trees that infuriates people; and they were looking for an answer. This is an answer.”

Houser says the NFO proposal addresses another concern among homeowners who either wish to sell their homes or face passing away and leaving their estate behind. They often want to ensure that the trees they’ve spent years tending - which purify the air, provide nesting habitat for songbirds, and altogether create a beautiful landscape for neighboring properties - won’t be felled by whoever comes next. The NFO would allow for deed restricting the property so that the future owners must abide by the NFO policies of the neighborhood as well.

"The new owner will still be able to remove trees but now the process becomes more strenuous," said Erwin. 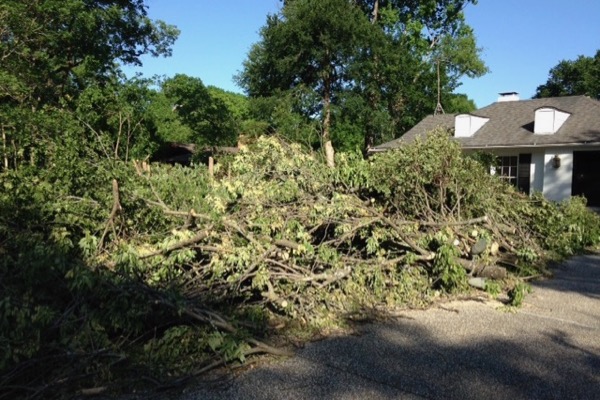 Houser says that although the NFO idea involves neighborhoods governing themselves, the city will still stay involved in the process, providing staff, counsel and if needed, arbitration and enforcement options.

“If an NFO is proposed in an area, citizens can vote for or lobby against its establishment. Rather than being another government regulation, it is simply a tool which provides citizens a voice in the future of their neighborhood’s urban forest, should they choose to do so. City staff will provide a petition, hold public meetings, and provide support for the process,” Houser says.

Of course, for the NFO to work, the proposal must first be passed by the Dallas City Council. Although the draft has faced very little opposition and has been unanimously approved by the Dallas Zoning Ordinance Advisory Committee and the Dallas City Plan Commission, it still has to go before the city council for a vote.

But Houser says the idea has gotten very little press so far - almost none to be exact - and so no one’s heard much about it. Therefore, urban forest advocates and anyone who simply enjoys living in a wooded neighborhood in Dallas must call their City Council representative and show support for the Neighborhood Forest Overlay proposal to get it put on the council’s list of priorities.

“This is a proactive measure you could take to protect your trees before the bulldozers are on the way,” Houser says. “This has the implication to go far beyond Dallas, but first, we’ve got to get it through the Dallas City Council.”

For questions regarding tree protection under the current Dallas law, contact Phil Erwin at [email protected]com.