Outcome of Sunset hearings for TCEQ and Texas RR Commission

Last week, Tom 'Smitty' Smith of Public Citizen met with local environmental organizers at the Dallas Clean Air meetup to discuss several issues, including the outcome of the Sunset hearings for Texas Commission for Environmental Quality (TCEQ) and the Texas Railroad Commission. Every state agency must go through a Sunset review where it's practices are evaluated and the agency may or may not be permitted to continue. 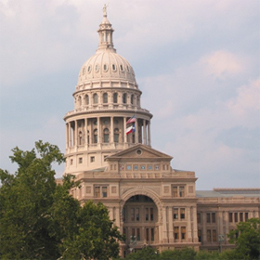 What do these agencies do?

TCEQ exists to protect the public by regulating industry and other activities that impact our environment and public health. TCEQ is supposed to issue or deny permits to limit pollution and enforce state and federal anti-pollution laws. As the state environmental agency, TCEQ is expected to be protective of public health and the natural environment, and to proect the interests of indivduals and communities who could be impacted by pollution. In all of its activities, TCEQ is required to seek input from the public.

The Railroad Commission has primary regulatory jurisdiction over oil and natural gas industry, pipeline transporters, natural gas and hazardous liquid pipeline industry, natural gas utilities, the LP-gas industry, and coal & uranium surface mining operations. It is responsible for research & education to promote the use of LP-gas as an alternative fuel.

Smitty has provided the update below.

The good news is that much of the bulk of the Sunset Staff Report was adopted. This includes:

All of that represents slight improvements for TCEQ but there is bad news as well.

They failed to authorize allowing the TCEQ to move the current cap on emissions fees so the agency would have adequate resources.

One outcome was that the commission is now called The Texas Oil and Gas Commission. Some good news:

The bad news is: