One Spiral closes, three new venues to open next year 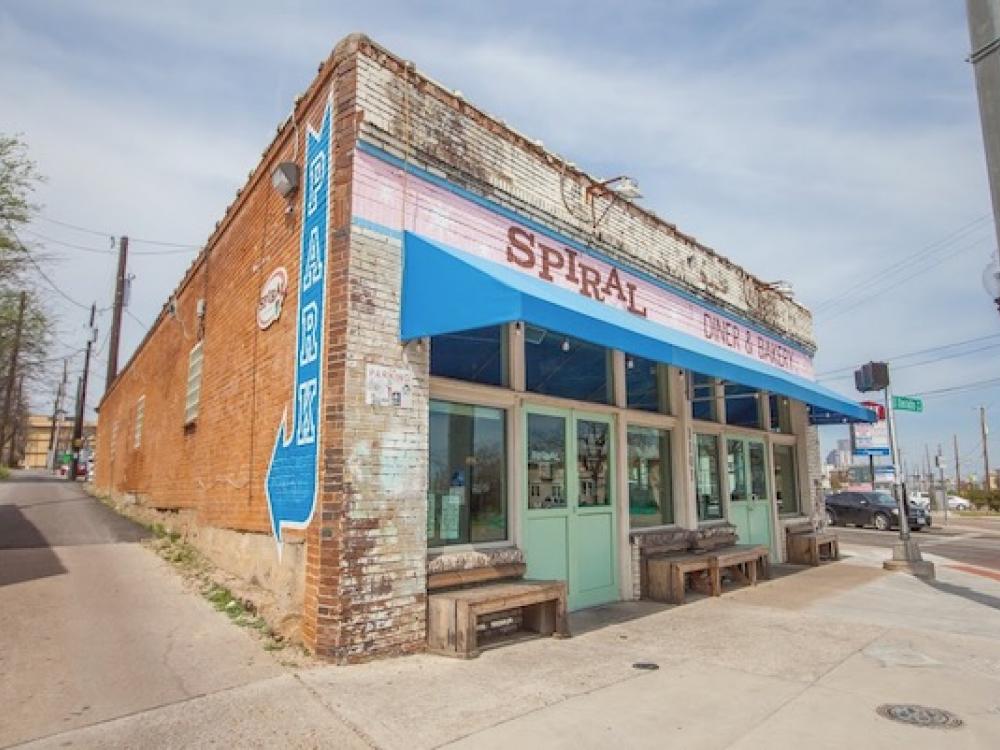 Spiral Diner closed its Dallas location in August but the local franchise will open three new venues in Tarrant County next year. Photo by Kimberly Jurgens.

As a Dallas-area plant-based food lover, I was crushed when I learned that the Spiral Diner in Oak Cliff would be closing its doors after serving 14 years as a popular vegan outpost. I had to read the Aug. 8 announcement twice and then confirm it with a couple of friends before I believed it to be true.

Spiral Diner has been a staple in DFW since the original Spiral launched in Fort Worth 20 years ago. The all-vegan venue’s founder, Amy McNutt, had a mission to prove how delicious vegan food can be, hoping more people would give a plant-based diet a try.

The store quickly outgrew its original location in downtown Fort Worth, in a small hole in the wall with five employees, and moved to their current flagship store on Magnolia Street. Today, the venue attracts both vegans and omnivores alike with it’s tasty plant-based comfort food — an amazing feat in a city nicknamed Cowtown.

In 2008, the Dallas location on Beckley opened and soon became a local legend. The Denton location joined the Spiral family in 2017.

After I heard about the closing of my favorite local Spiral haunt, I was distraught thinking I would have to drive to Fort Worth or Denton to indulge in my beloved Fry of the Tiger, TX Hot Chik’n, Hell’s Half Acre plate and the Deathstar Sundae. I soon learned that the Spiral leadership team chose not to renew their Dallas lease due to the aging building, which required continual upkeep.

My "gut reaction" was to stage a protest on Beckley Avenue during Spiral’s last weekend to express my discontent. However, my mood improved when I discovered they would be opening a new Spiral Diner in Arlington and two sister locations in Fort Worth. 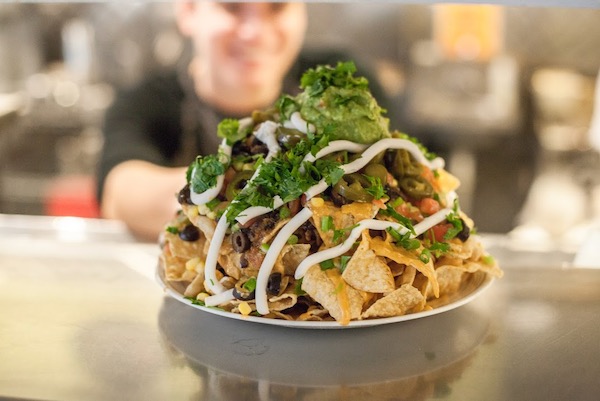 Nachos Supremo is one of Spiral Diner's signature dishes. Photo by Kimberly Jurgens.

The Arlington diner will be located in a new building at 400 E. Front Street as part of the Urban Union expansion. The new digs, located a few blocks from the University of Texas at Arlington, are set to be completed in early 2023.

The Arlington Spiral will duplicate what we’ve grown to love about SD  — a hip and casual sit-down restaurant with great food and a friendly vibe.

And they’ll be serving all of the delicious dishes that have made Spiral famous.

“When it comes to the Spiral menu, we do not have any plans for major changes,” said Samantha Ofeno, CEO for Spiral Diner. “But it will always be evolving in a way that includes adding previous specials that the customers love to the menu permanently, or for long periods of time!”

It will be a departure from the more casual atmosphere we’re used to at Spiral Diner. The upscale venue will feature elevated food and drink boasting an array of craft beers, cocktails, fine wines and spirits as well as gourmet plant-based cuisine.

“Through the creation of Maiden, the leadership team at Spiral seeks to provide a fine dining experience for the tender-hearted and environmentally conscious eater with an imaginative menu that uses modern cooking techniques to showcase what is possible with all vegan ingredients.” 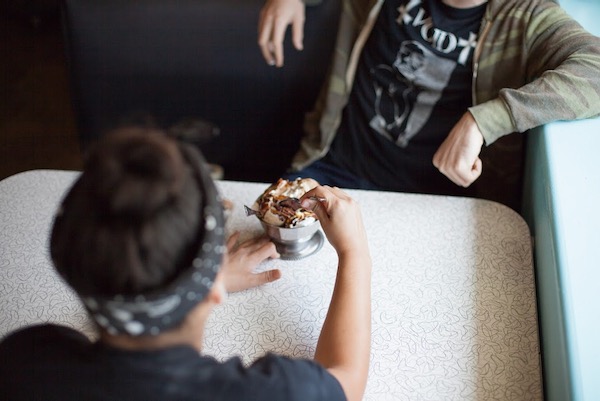 Spiral Diner is opening a vegan sweet shop called Dreamboat Donuts and Scoops in Fort Worth. Photo by Kimberly Jurgens.​

Another Spiral Fort Worth venture in the works is Dreamboat Donuts and Scoops — a 100 percent plant-based donut and ice cream shop.

Vegan donuts are something that DFW is seriously lacking and I can’t wait to get my chops on some. Plus if the ice cream is anything like what we’ve been used to at Spiral Diner, it will be amazing. Some of my favorite desserts of all time have been Spiral’s Chocolate Mountain Mudslide and Turtle Brownie Sundae, which are served with your choice of I-Scream, their made-from-scratch vegan ice cream.

Both Dreamboat and Maiden will be integrated into the PS1200 development, located at 1200 Sixth Avenue in Fort Worth. The venues are scheduled for opening in early 2023.

PS1200, or Public Space 1200, is an up and coming, eclectic development in Magnolia Village, featuring hip residences, public outdoor space, plus trend-setting shops and restaurants. Sounds like a perfect new home for these Spiral-inspired spinoffs. 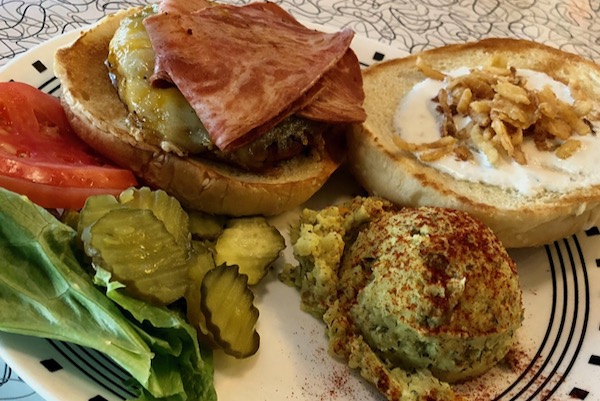 Spiral Diner is very special to me and I have great memories — from eating lunches with my family to attending my cousin’s wedding reception dinner there. Although I'm sad about their Dallas location closure, I am excited for what their team has in store for us in the future. I can’t wait to head out to Arlington for dinner with my family, starting with an order of Nachos Supremo to share, then Big Kahuna or Ghost Burgers all around — and finishing off with Chocolate Chip Cookie Sundaes. Plus we’ll soon check out PS1200 to sample some vegan Dreamboat donuts and frozen treats — and maybe even have a posh night out at Maiden.

As the company notes, “Spiral Diner is one of the most unusual success stories in the restaurant world. A vegan restaurant that started in Cowtown and not only survives but thrives.”