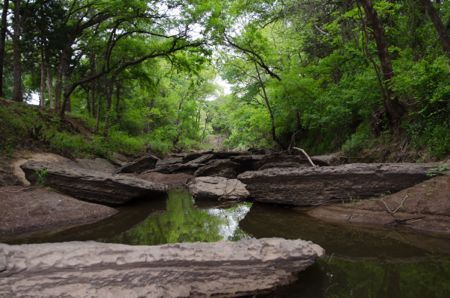 Photos courtesy of the city of Mansfield

In Mansfield, roadsides are rapidly turning into developments but one piece of land will remain natural.

Visitors can take a walk on one of Mansfield's original “wild sides” when the city hosts a grand opening for Oliver Nature Park on Saturday, Jan. 25. 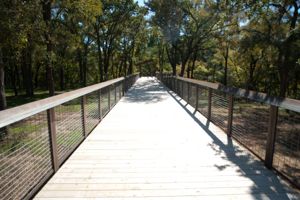 The 80-acre site at 1650 Matlock Road was sold to the city of Mansfield by namesake Elmer W. Oliver's daughter, who wanted the property to become a park. Rather than fill it with swing sets and soccer fields, the family requested that park planners preserve its natural beauty.

Today, a winding creek, a wooded area, a wildflower meadow and a pecan grove serve as an outdoor classroom. In addition an exposed area of rock showcases two major geologic formations, the Eagle Ford Shale and Woodbine Sandstone, formed between 100 and 66 million years ago. 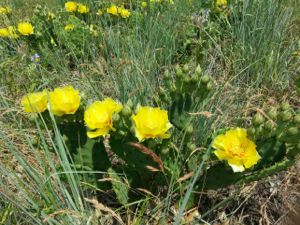 “It’s really, really cool,” said Sam Kieschnick, who was recently hired as the city’s first nature education specialist. “There are some neat plants, including some native orchids. In the spring, that wildflower meadow will be blanketed with bluebonnets. You won’t be able to tell the ground from the sky.”

As for the wildlife, sightings confirm that in addition to the birds and squirrels, bobcats make the park their home.

The park’s $3 million enhancements include a parking lot and restroom facilities, a 1-mile crushed granite trail, a boardwalk that stretches across a 100-year flood plain, an overlook on Walnut Creek and a natural amphitheater with rock seating. 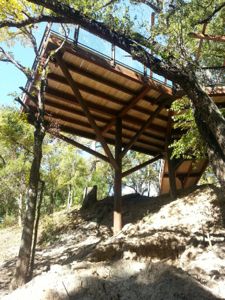 Future plans include extending the trail through Walnut Creek Linear Park east to Joe Pool Lake next year. There are also plans to build an education center and learning lab within the next five years.

At the grand opening on Saturday from 10 a.m. to 4 p.m. there will be children’s crafts, live animal presentations and nature activities. Speakers from the Blackland Prairie Raptor center, DFW Herpetological Society and Texas Parks and Wildlife Urban Biology will be on hand from 1-4 p.m. Parking will be at nearby Mansfield High School, 3001 East Broad St., where shuttles will run starting at 9 a.m.

Going forward, Kieschnick will be leading guided hikes and classes at the park every Saturday for the public and for home schoolers and school children during the week.

Kieschnick says there’s a lot of talk these days about kids spending too much time indoors on their electronic devices. However he says given the choice, most would choose to explore a place like Oliver Nature Park.

“I really think if given a venue like this, they will want to be outside, to be out in nature, flipping over rocks and catching bugs.”

For more information on the grand opening and the park's master plan, see OliverNaturePark.com.