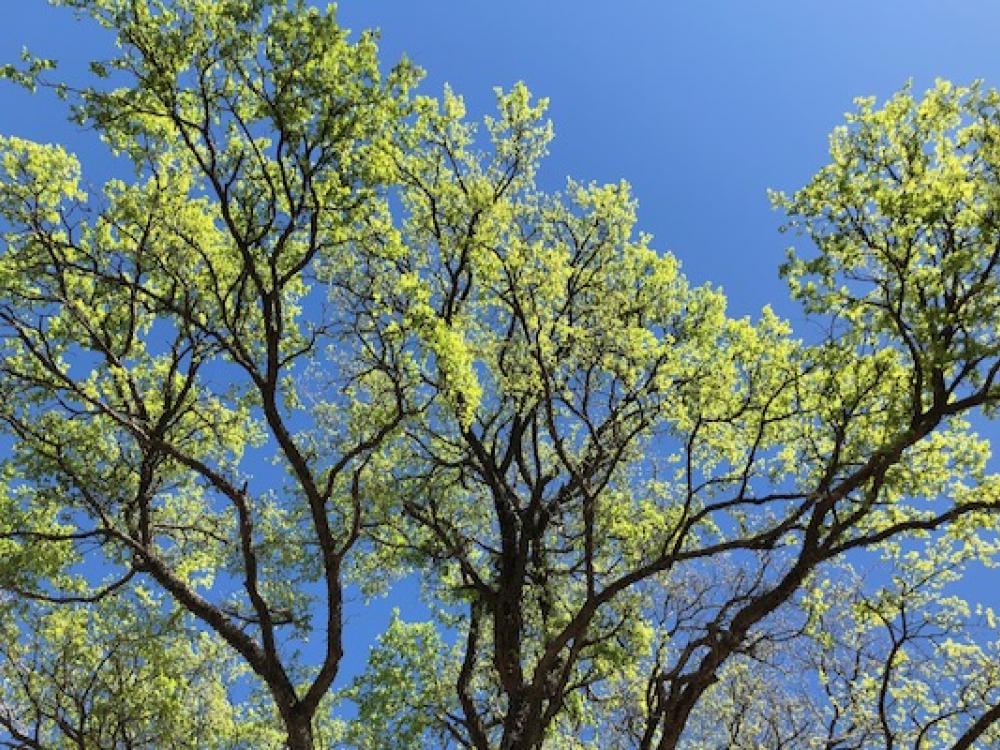 Environmentalists spend a lot of time arming themselves with facts. It’s a necessary obsession when you’re trying to convince your friends, your community or your representatives why they should ditch pesticides, give up fossil fuels or save some old growth trees.

So it was refreshing to escape recently into the fictional world of The Overstory, which offers a defense of trees with the poetic frills of literary license. 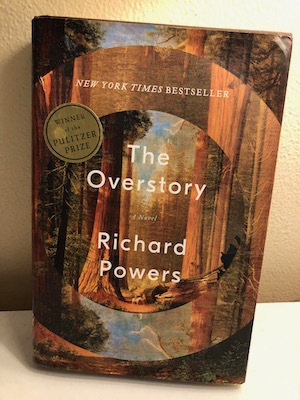 Novelist Richard Powers pours bushels of research into his Pulitzer Prize winning saga but relies on an ages old tradition to deliver it.

“The best arguments in the world won't change a person's mind,” he writes in the book. “The only thing that can do that is a good story.”

Powers has written a juicy one that has struck a chord with treehuggers, since it was published in 2018.

“This book is beyond special," said Bill McKibbon. "Richard Powers manages to turn trees into vivid and engaging characters, something that indigenous people have done for eons but that modern literature has rarely if ever even attempted.”

In the New York Times Book Review, ecological author Barbara Kingsolver dishes out praise for the novel that tackles, what she describes as a still touchy subject.

“It’s a delicate act, writing about tree defenders: In an era when art seems ready to embrace subjects as painful as racism and sexual harassment, it still shrinks from environmental brutality.”

The book features a cast of nine quirky characters, who converge in a plot about saving one of the last stands of California redwoods. They include an artist whose family documents the life of a tree over generations in photographs. A shy botanist who discovers trees communicate with each other. A sober engineer turned radical when her favorite grove is clear cut. And a partying undergraduate who electrocutes herself and comes back to life, seemingly sent on a tree-saving mission.

But trees themselves spring to life in the novel as well.

Powers has said in interviews that his purpose in writing the book was to bring the living green world into the realm of fiction.

“At the heart of the book is a rejection of human exceptionalism — the idea that we’re the only things on earth with will, memory, flexible response to change, agency or community,” he told Bookpage.com.

Treehuggers don’t need to be sold on the idea that Green Lives Matter. But Powers shores up that belief and makes the case against a culture that hasn’t fully accepted the role that trees and other livings things play in the world.

“Trees are significant characters in every human life. They deserve to be characters in their own stories as well,” he told the Nation.

He also digs in to try and unearth why some people grasp the environmental crisis of our times and millions of others don’t.

“We’re cashing in on billion years of savings bonds and blowing it on assorted bling,” he writes in the novel.

"[Why is this] so easy to see when you’re by yourself in a cabin on a hillside, and almost impossible to believe once you step out of the house and join several billion folks doubling down on the status quo.”

Sixty-three-year-old Powers said he himself was profoundly changed over the course of writing the book, his 12th novel. He relocated from Urbana, Illinois to the small town of Townsend, Tennessee to be close to the foothills of the Great Smoky Mountains, one of the largest old growth forests in the U.S. according to LitHub.com.

He hopes his book will reach others before it’s too late.