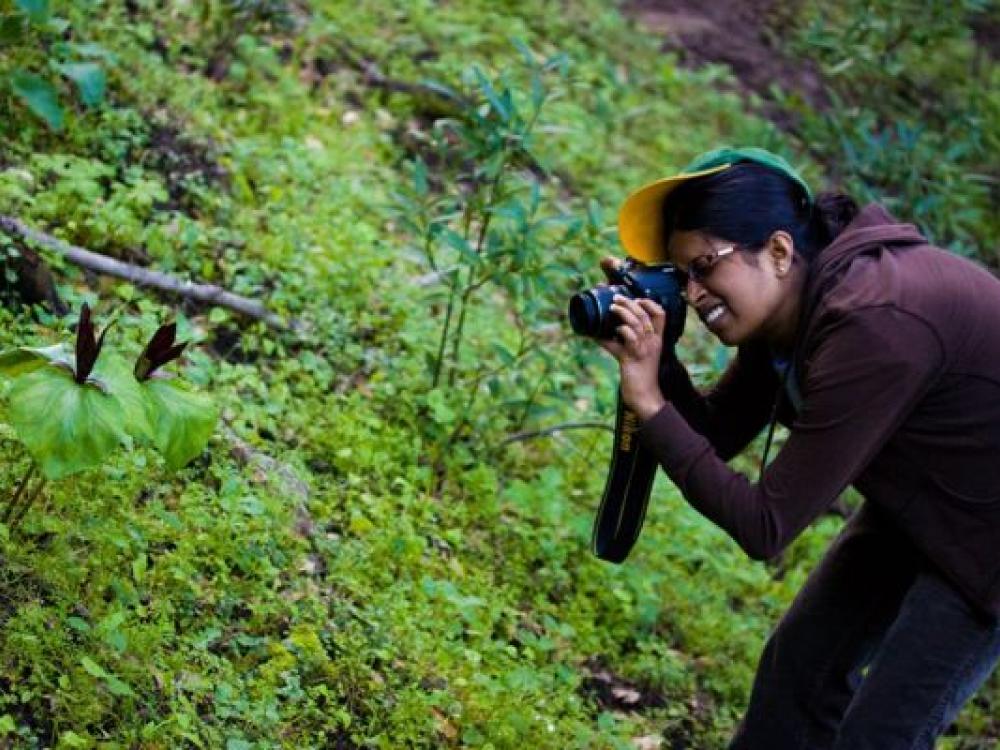 iNaturalist is a place where you can record what you see in nature, meet other nature lovers and learn about the natural world. Courtesy of iNaturalist.

Texas Parks & Wildlife employs a handful of urban biologists to cover all of North Texas. Millions of urban animals, two footed and four, everything from wild feral hogs marauding the Great Trinity Forest to a mother hawk divebombing patrons of a local park to protect her chicks. With manpower stretched that thin, getting an accurate picture of urban wildlife and human interactions was almost impossible.

Enter the crowd-sourced marvel that is citizen science. Amazing advances in astronomy have arisen from amateur observations. Citizen research is upending archeology. When it comes to ecology and wildlife biology, nothing makes citizen science easier than 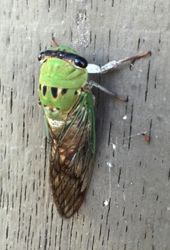 iNaturalist, acquired by the California Academy of Sciences in 2014. The site was inspired by the very popular, but more narrowly targeted, eBird by Cornell University and the annual Backyard Bird Count. To date, more than 34,000 observations of plants and animals in North Texas have been reported to iNaturalist for government and non-profit wildlife professionals to analyze.

Cicada in Fort Worth by iNaturalist photographer Griff.

The vast iNaturalist web portal enables anyone to record and organize observations and photos of nature. It’s easy to do that out in nature with the free iNaturalist smartphone app. You can make maps, charts and graphs of your observations, even meet up with other nature lovers. At first glance, the web portal can seem intimidating. Give it time. It will bloom for you. YouTube tutorials are a big help and more are in the works.

Backyard Naturalists of All Ages

Put off by sweaty research in tick-laden landscapes? iNaturalist can accommodate. Ace your backyard by keeping a detailed seasonal journal. Note when migrating birds first appear and when they depart. Follow a family of raccoons and see when you note a pregnant female, when young ones appear and when they strike out on their own. Search for the presence of snakes and be surprised at how many you find. Observe how weather changes impact your yard’s wildlife. 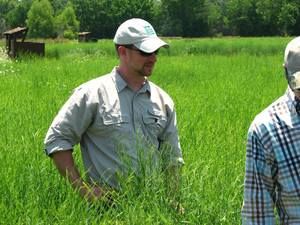 Derek Broman, an urban wildlife specialist for Texas Parks and Wildlife Department, says “Someone who can really scour their yard, or runs or bikes the same trails in a park every day, or those with larger properties who walk their fencelines daily, these people can give us tremendous data.”

Children are down there at animal level, watching things all the time. iNaturalist can be a great way to channel your kid’s energy. It’s an area where some autistic children can excel. For the techo-minded, get them a durable Toughbooks. School systems increasingly have outdoor learning centers, some even with wi-fi, perfect for iNaturalist. 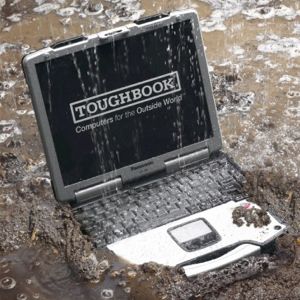 “We all know 6 year olds, 8 year olds, and their flavor of the week can be quite an impressive knowledge base,” says Broman.

You don’t even have to go outside to be part of iNaturalist. Security cameras can be a naturalist’s tool. A woman in East Dallas is tracking a family of foxes that dens beneath her backyard deck. Motion-detector cameras that are used to monitor rural wildlife work just as well in the city.

“I’ve been very surprised to see how many people are using trail cameras in the city. One quarter of my bobcat data comes in that way,” says Broman.

A big use of the program is enthusiasts identifying species for amateurs, something even homebound people can participate in.

“Wildlife photographers in particular are excited about getting assistance on their IDs,” says Broman. “Some land National Geographic level photographs of wildlife, but they don’t know what they are.”

A Picture’s Worth a Thousand Words 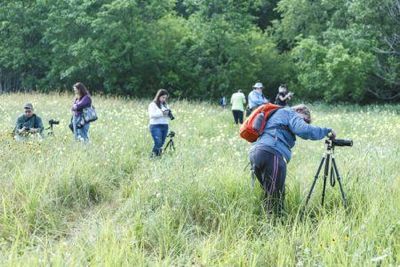 “We are trying to get more people exposed to some of our natural jewels here through the love of photography. When people photograph natural locations here in North Texas and share them on iNaturalist, it raises awareness and pride, and helps all of us understand that these locations are assets, not simply plots of land waiting to be developed.”

Above, the Dallas-Fort Worth chapter of the North American Nature Photography Association in the field. Courtesy of Sean Fitzgerald.

The omnipresence of cameras on smartphones is aiding iNaturalist, says Fitzgerald. 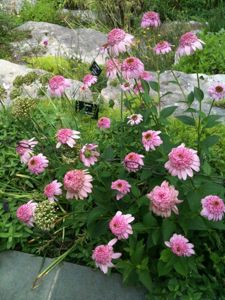 “The smartphone has an advantage since it records the GPS data automatically and iNaturalist reads it instantly. That precise location data can really help researchers. For sensitive subjects that might be prone to poaching or collecting, the person entering the location can set the location very broadly for the public. The researchers running the project, however, still see that precise location. It is very slick.”

Coneflowers at the Dallas Arboretum by iNaturalist photographer nanjii.

Plans are in the works for a photographic bio-blitz of some critical North Texas locations, such as Pemberton’s Big Spring in the Great Trinity Forest, with legions of photographers thoroughly capturing an environment at a moment in time. But most work is ongoing.

“Some photographers and naturalists like Greg Lasley have posted thousands of observations to hundreds of different iNaturalist projects,” says Fitzgerald. “Derek has told me that some of the iNaturalist data is redrawing the lines where certain species of plants and animals are known to exist, which is amazing.” 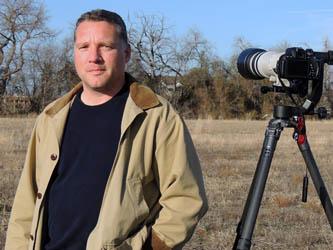 When naturalists utilize iNaturalist, benefits bloom. Activists such as Jim Flood and Ben Sandifer have been essential in the protection of Great Trinity Forest, Trinity River and other important areas. Chris Jackson’s DFW Urban Wildlife now interacts with iNaturalist. With the deep cuts to government budgets for wildlife and habitat, it takes statistics to make a case for the preservation and iNaturalist provides. The Biodiversity of the Cedar Ridge Preserve project is used the same way.

“iNaturalist is a very valuable asset for us learning what’s going on in our state,” says Broman. “We've had immense success Herps of Texas project, working with individuals and groups who study reptile and amphibians. We’ve doubled, even quadrupled, the amount of information we have on some species.“

Another big success for iNaturalist is the DFW Carnivores study, which includes bobcats, coyotes, and foxes, plus omnivores like opossums, skunks and raccoons. 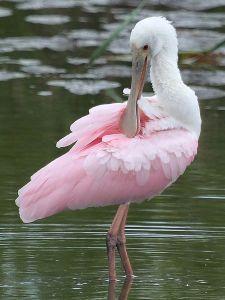 “One of the reasons I pushed hard to get iNaturalist in this area was to get bobcat observations,” says Broman, noting that they’ve been less studied than coyotes.

“The biggest things I’m getting out of it is the presence of these animals everywhere, as we’ve suspected. We’re getting some great information on unique behaviors, most being very, very positive. Hunting rodents and passing by chicken coops without incident, and still acting wild, being skeptical of humans.”

“By seeing all these dots on an iNaturalist map of bobcats, coyotes, skunks and so forth, it gives the public feedback that these animals are indeed everywhere and that we’ve been coexisting with them for the most part without any conflict,” says Broman.

Broman is available for talks to schools and other organizations. Contact him by email mailto:derek.broman@tpwd.texas.gov, or call 972-293-3841. A great way to keep up with Texas Parks and Wildlife’s urban wildlife efforts in North Texas is through their Facebook page.

“Texas boasts the biggest and oldest urban wildlife program in the U.S.,” says Broman. “The pride has definitely set in. I am very proud of our program.“