Climate change in North Texas to be addressed at free symposium 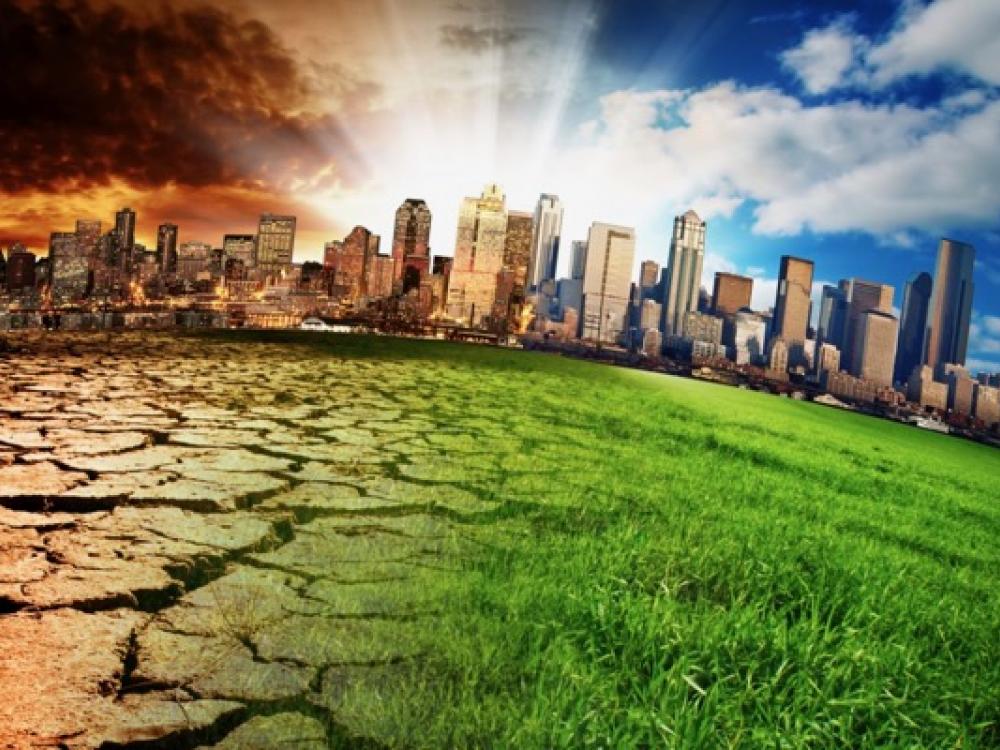 The North Texas Climate Change Symposium will be held March 9 at Belo Mansion in downtown Dallas. Image courtesy of Storyblock.

If the words “climate change” bring to mind a polar bear stranded on an ice floe drifting in the Arctic Ocean – and if record-breaking Texas heat averages in nine of the past 10 years tell you only that it’s time to get a bigger air-conditioner – there’s an event just for you.

Comfortable, climate-controlled and free, it’s the North Texas Climate Change Symposium on Friday, March 9, in downtown Dallas’ Belo Mansion. This first-ever city of Dallas event aims to educate and engage its audience, and maybe even send them home with upbeat ideas for joining others to help keep our patch of the planet livable and also fairer for all.

The symposium is co-hosted by the city of Dallas and the Dallas Bar Association’s Environmental Law Section. Why should North Texans from outside Dallas make the trek? An array of innovative thinkers and doers who range from Tarrant County, across the state, and even Canada, will present topics hard to find under one roof.

“I know a lot of people, when they think about climate change, the first image in their minds is the polar bear on the ice,” said event organizer Brittany Hailey, environmental coordinator for the Dallas Office of Environmental Quality. “People can’t really relate to that, so I think a lot of people here distance themselves from the climate change conversation. So they are not very educated on effects it will actually have on them. This gives them an opportunity to put climate change into a more personal perspective.”

Congresswoman Johnson will speak to the city’s role in combating climate change, no doubt detailed further by James McGuire, who spearheads the city’s environmental efforts as managing director of Dallas’ Office of Environmental Quality.

Councilwoman Sandy Greyson will highlight efforts that the city has made in response to climate change. Dallas purchases 100 percent renewable power for city facilities, uses electric and LNG-powered vehicles and fuels a city waste treatment plant with sewer gas. Greyson has been part of other efforts for clean air and more.

Three panels through the afternoon will delve into different aspects of climate disruption and responses to it.

”Climate Justice and Environmental Justice” looks at a nonpartisan, practical approach to speed the transition to renewable energy, as well as at efforts that address the unequal exposure of low-income and minority communities to climate disruption’s worst harms. Speakers hail from the national Citizens’ Climate Lobby, who advocate for a market-driven shift to renewables; the Texas environmental justice movement; the United Nations Association and the Environmental Defense Fund, a newcomer to climate initiatives but versed in obstacles to government environmental efforts, followed by a veteran nonprofit. EDF conducts research, advocacy and projects including grants and resources to help under-served communities switch to renewable power.

“Ann Drumm [of Citizens’ Climate Lobby] is familiar with carbon credits as well…I’m hearing from different sides the benefits and the questions, people saying that people are not necessarily reducing their emissions. Hopefully Burns and Drumm can clarify that.”

The afternoon concludes with happy hour and conversation, hosted by the Environmental Law Section of the Dallas Bar Association.

About: Inaugural event, hosted by the city of Dallas and the Dallas Bar Association Environmental Law Section. 13 speakers address how climate change is affecting Texans and how North Texans can address this concern. Keynote is Dr. John Nielsen-Gammon, State Climatologist.