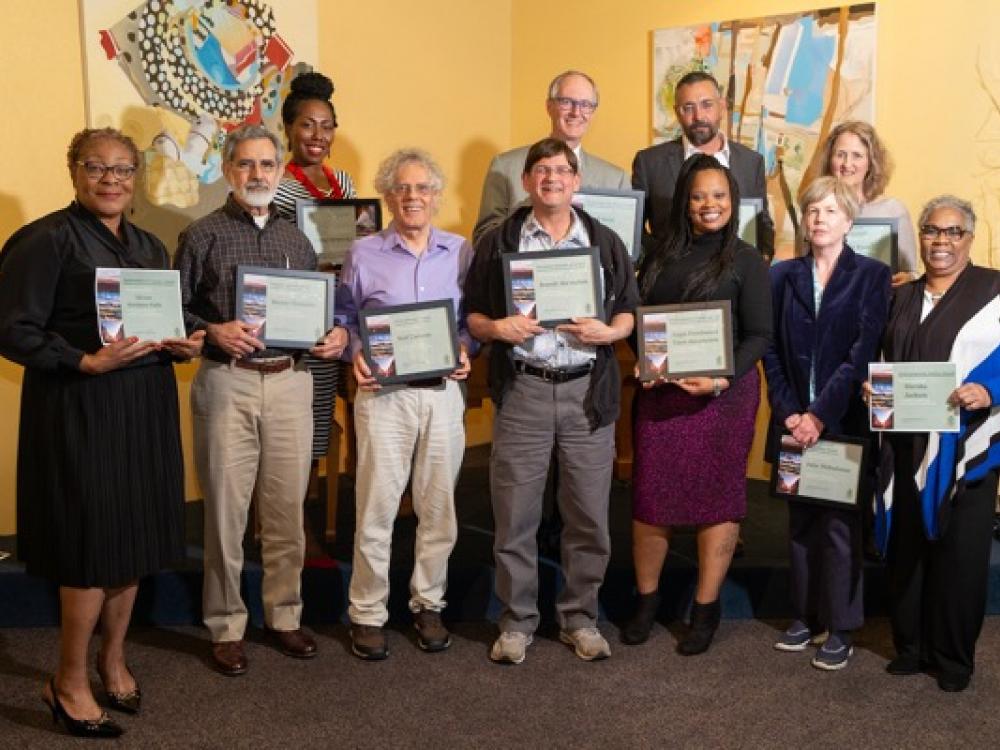 The state chapter of the Sierra Club recently recognized several North Texans for their contributions, including giving a nod to this publication. 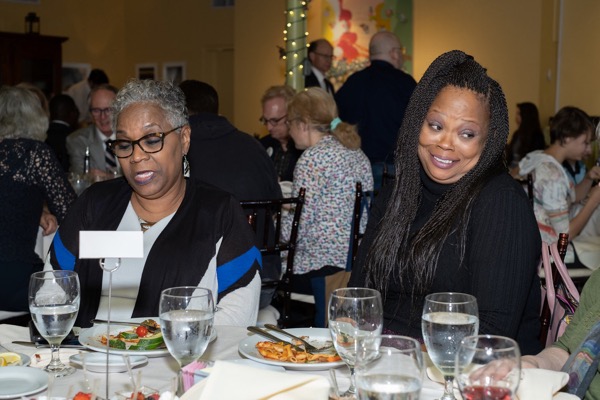 “Under Mark’s five year’s of leadership, the outings committee has contributed over $44,000 to the Dallas’ group's bottom line,” said Dallas Sierra Club's Political Chair David Griggs, who presented the award. “He has a passion for organizing some of the group’s most ambitious trips, he’s always ready to teach and he is highly regarded for his backpacking 101 classes.”

"JFTA rose to prominence within the Texas environmental community last year by playing a critical role in keeping a concrete batch plant out of their community through door to door canvasing, information sessions and testimony at Dallas City Council," said Guldi, in his introduction.

In addition, they helped lead a Toxic Bus Tour through south Dallas during General Russel Honoré's visit and have partnered with Dallas Sierra Club, Downwinders, Texas Campaign for the Environment and the Dallas Green Alliance to elevate environmental and social justice issues in south Dallas, Guldi noted.

"Just this month, JFTA kicked off the Southern Sector Rising Campaign, which pressured the city of Dallas to remove the four-story high Shingle Mountain, which sits within a stone’s throw of Mrs. Jackson’s home," he said. 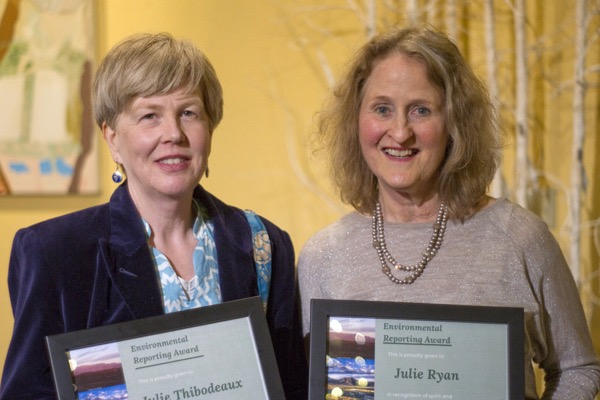 GREEN SOURCE DFW GETS SHOUT OUT

Green Source DFW was thrilled to be honored at the Lone Star Sierra Club Awards as well. Ace GSDFW reporter Julie Ryan, who also writes for Dallas Observer and Fort Worth Weekly, and myself received the Environmental Reporting Award, presented by Guldi. We shared the award with Andrew Stuart, who produces the Nature Notes podcast for Marfa Public Radio.

Julie Ryan and I wouldn't be able to do our work without the Dallas-based Memnosyne Institute, which founded and funds Green Source DFW. Their support provides original environmental reporting in North Texas just as other publications are cutting back on environmental coverage. You can support to this ongoing effort.

We also want to thank all of the North Texas environmental groups, watchdogs and pioneers who contribute to the success of Green Source DFW. You all raise concerns, sound alarms, provide expertise and help keep the public and us informed of local environmental issues.

And thank you to our readers for your many words of encouragement and feedback over the years.

See a list of all the winners. Watch the presentations.