Electric vehicle fest to be held Saturday in Grapevine 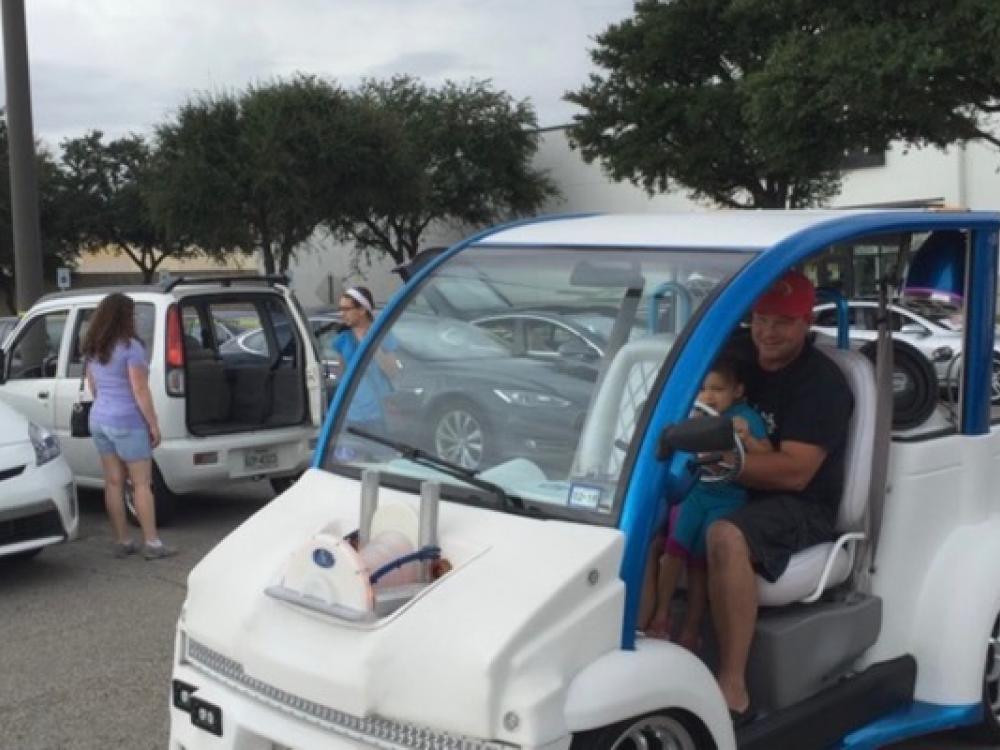 Electric vehicles can be seen everywhere in the Metroplex these days, defying the image of truck-loving North Texas.

“In Dallas-Fort Worth, there are approximately 8,000 EVs on the roads, an increase of 43 percent from 2016 to 2017,” said Brian Wilson, a spokesman for the North Central Texas Council of Governments.

According to NCTCOG, Texas ranks fifth in the number of EVs sold.

Those who have never gotten behind the wheel of an EV and want to learn more should attend the North Texas National Drive Electric Week celebration Sept. 9, 10 a.m. to noon at Grapevine Mills Mall.

Sponsored by the North Central Texas Council of Governments and the Dallas-Fort Worth Clean Cities Coalition, the North Texas NDEW celebration is an opportunity for residents to learn more about electrification without feeling pressured to buy an EV. Attendees can learn more about the technology from current EV owners and local representatives and even test drive these vehicles.

Mike Taylor, a member of both the Colleyville City Council and the Regional Transportation Council, will speak during the event, highlighting the importance of electric vehicles in North Texas, where 10 counties are working to comply with the federal government’s ozone regulations. Improvements in air quality are being made, thanks in part to the growth of EVs and other vehicles powered by alternatives to gasoline.

National Drive Electric Week is a nationwide celebration to increase awareness of the widespread availability of plug-in electric vehicles and to highlight the benefits of driving electric vehicles. It began in 2011 as National Plug In Day and expanded to involve an entire week in 2014, in response to the growing popularity of EVs. More than 200 events are scheduled across the US and Canada, as well as a few other international locations, during NDEW.

“For many folks, this is their first exposure to the technology, so a lot of myths get busted,” said Mary Kathryn Campbell, program manager, Plug In America. “No, they're not expensive. Yes, they have long ranges now. It's easy and much cheaper to fuel at home. No, maintenance is minimal and we mean minimal like rotate the tires and refresh your windshield wiper fluid versus all the car maintenance, which happens with gasoline and diesel cars.”

For the past two years, Dallas-Fort Worth has boasted the largest single-event NDEW celebration in the country outside of California, bringing together EV manufacturers, advocates and private owners, as well as curious individuals for a day of electric driving, conversation, fun and prizes. Organizers are again hoping to establish a state record for the number of EVs in one location, aiming to top last year’s mark of 128. In addition, students from two area high schools are expected to showcase solar cars they built.

About: National Drive Electric Week is a nationwide celebration to increase awareness of the widespread availability of plug-in electric vehicles and to highlight the benefits of driving electric vehicles. The North Texas event hosted by North Central Texas Council of Governments and the Dallas-Fort Worth Clean Cities Coalition will feature EV manufacturers, advocates and private owners and the opportunity to test drive EVs. Two area high schools will also showcase solar cars they built.

Rita Cook contributed to this article.