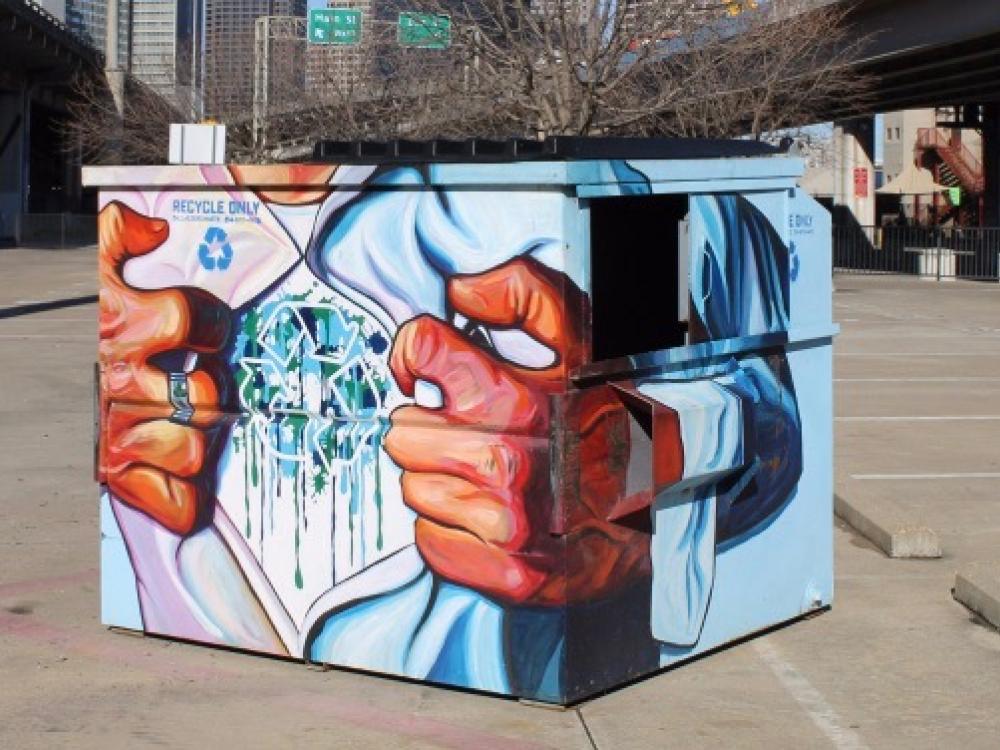 A multi-family recycling ordinance approved by the Quality of Life Committee will be voted on by the Dallas City Council on June 13. Photo courtesy of Corey Troiani.

The final hurdle to requiring recycling to be offered at apartments in Dallas is just a month away, according to Corey Troiani, director of Texas Campaign for the Environment’s DFW office.

On Monday, the city of Dallas’ Quality of Life Committee approved a multi-family recycling ordinance draft that will go to the Dallas City Council for final approval on June 13.

In January, the committee agreed to draft a recycling ordinance for apartments and condos. In the weeks following, staff reached out to stakeholders including recyclers, trade associations, as well as Troiani.

Troiani says as the proposal reads now, all multi-family dwellings in Dallas should be offering recycling for residents by Jan. 1, 2020. In addition, multi-family residents must have access to the same recyclings services that city of Dallas residents enjoy.

"All residents of Dallas need to be able to recycle the same materials. Some recyclers in the city, don’t process glass. Others aren’t interested in plastic numbers 3-7. If people move from a home to a condo or apartment or from apartment to apartment they shouldn’t lose recycling services.”

In addition, as the ordinances stands, the verbiage does not mention condos but Troiani says that’s an oversight they hope to fix before it’s law.

Texas Campaign for the Environment has been pushing for the multi-family recycling ordinance since 2013. Dallas lags behind the city of Fort Worth, which began requiring multi-family housing to provide recycling for tenants in 2014.

“Voluntary measures have been in place in Dallas since two decades ago when curbside recycling started,” Troiani said. "We need a mandate in place."

Over the last five years, Texas Campaign for the Environment canvassers have talked to thousands of people, Troiani said. They’ve delivered 13,000 pro-recycling letters from individual residents to the Dallas City Council and Mayor Mike Rawlings. That doesn’t include emails and phone calls they generated.

Troiani is asking Dallas residents to contact their City Council person and the Mayor one more time and/or sign the TCE online petition to push the final ordinance through on June 13.

“It’s the final sprint and we want to generate as much support as we can.”