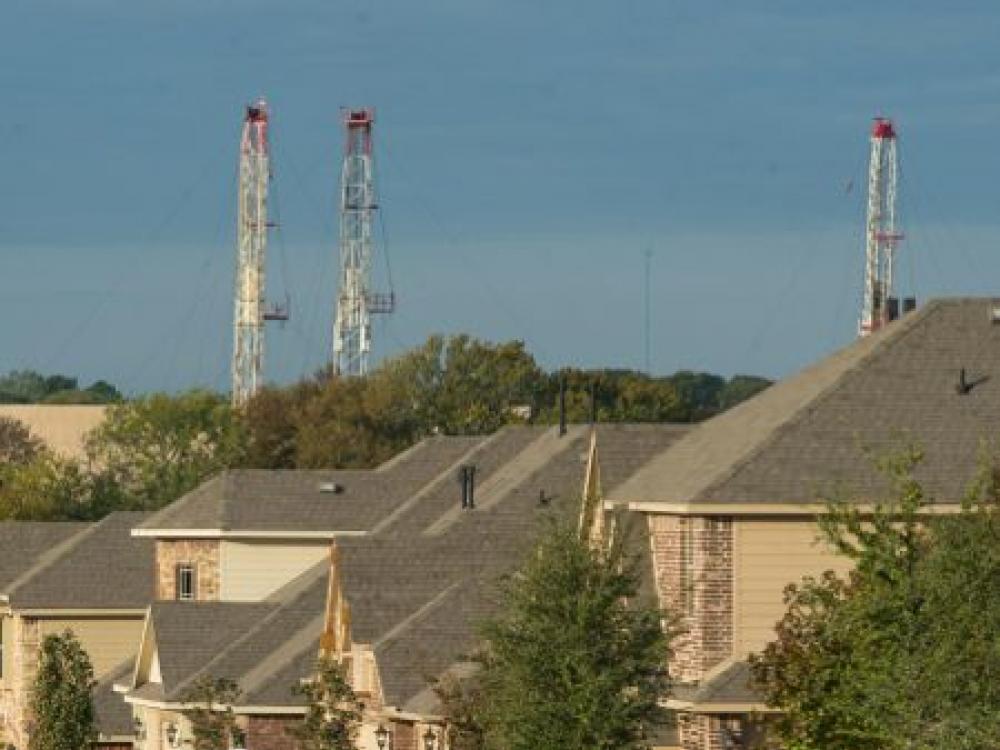 Mansfield Gas Well Awareness is a coalition of residents asking their city leaders to update Mansfield's outdated gas drilling ordinance to protect their health and quality of life.

A group in Mansfield is the latest North Texas coalition fighting for protection from the dangers of gas drilling.

Last week, the Mansfield Gas Well Awareness group presented their case for stricter regulations on hydraulic fracturing or fracking to the Mansfield City Council at a roundtable discussion about upgrading the city's gas drilling ordinance.

Three members of the grassroots coalition sat across from 13 industry reps and two state agencies to propose improvements to the ordinance approved in 2007.

Downwinders at Risk director Jim Schermbeck, who is advising the group, feared it was an “ambush” by industry supporters who feel more intimidated by outspoken residents since cities like Dallas and Flower Mound have passed stricter city ordinances and Denton has banned fracking. However, Tamera Bounds, the leader of the Mansfield Gas Well Awareness group, said they didn’t let being outnumbered rattle them.

“I don’t know what they were expecting. We didn’t come to them angry or yelling,” said the physical therapist assistant. “We just said ‘Here’s who we are and here’s why we’re having these issues.’”

Bounds said she never thought of herself as an environmentalist before she started noticing problems at her Mansfield home. A self-described "farm girl," she always loved the outdoors and gardening. One reason she and her husband moved to their home six years ago was the view of a nearby pasture with cows. 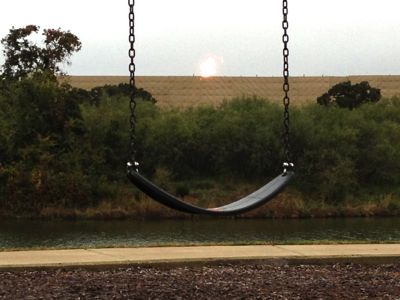 Bounds said she didn’t even know there would be fracking within a 1,000 feet of her home when she moved in. But suddenly she was dealing with the fumes, noise, sand and foam that shot out of a well head onto her property. Last September, one morning she heard a loud hissing noise outside and followed it to what turned out it be a gas leak at a nearby drill site.

Above, flaring across from a playground in Mansfield. Courtesy of Mansfield Gas Well Awareness group.

She said she wants to see gas drilling operators using best practices to prevent ill effects, like these, on surrounding neighborhoods.

For her city council presentation, Bounds took the best of gas drilling ordinances in Dallas, Southlake, DISH, Arlington and Fort Worth and proposed incorporating them in Mansfield.

They want to see the city increase its drilling setback from 600 to 1,500 feet from residences, businesses and schools. That’s the distance approved by Dallas and Flower Mound and recommended by a Lubbock medical doctor who spoke last month to the group. Dr. Anne Epstein, a member of the Lubbock City Board of Health, said benzene, a highly toxic carcinogen that occurs naturally in oil and gas, has been found at high levels around gas drilling sites. The chemical compound has long-term health effects linked to leukemia, anemia and immune system suppression as well as short term acute effects.

Epstein said if oil and gas activities continue in urban areas, increasing their distance from where people live, work and play is the best protection against health hazards, along with benzene monitors.

“Since we don’t have the luxury of zoning, we have to rely on setbacks.”

Bounds added that it was clear from the work session talking to industry reps that they weren’t all operating with the same equipment and practices.

“I said 'Isn’t there a standard in how you operate?’” she said. “No one could answer my question so I guess I stumped the panel.”

“The industry’s talked about responsible drilling,” she said. “They’re going to have to put their money where their mouth is.” 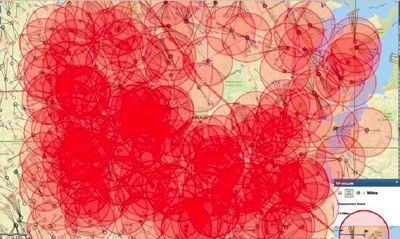 Schermbeck said he’s cautiously optimistic that they can make progress.

However, he admits that the battle has some challenges that other cities didn’t face.

Map showing homes within one mile of a gas well pad in Mansfield. Courtesy of Mansfield Gas Well Awareness group.

It also has a denser network of gas wells per capita than some other communities. The city of 60,000 already has more than 200 gas wells, with 300 more planned.

“That’s what makes it worthwhile,” he said. “If you can change things in Mansfield, there’s hope for Arlington and Fort Worth.”

As of now, the city council said it will examine Bounds research and come back in January to look at the issue again.

Meanwhile, Bounds said she and her husband considered moving until they looked at a map of gas drilling in North Texas.

“Where would I move? You’d have to move way east of Dallas. I want to be close to my grandkids.”

Instead, she said she's standing up for her right to be at ease in her own home and backyard.

“I will never see any of this the way I saw it two years ago,” said Bounds. “Once you’re affected by it personally, your eyes are opened.”