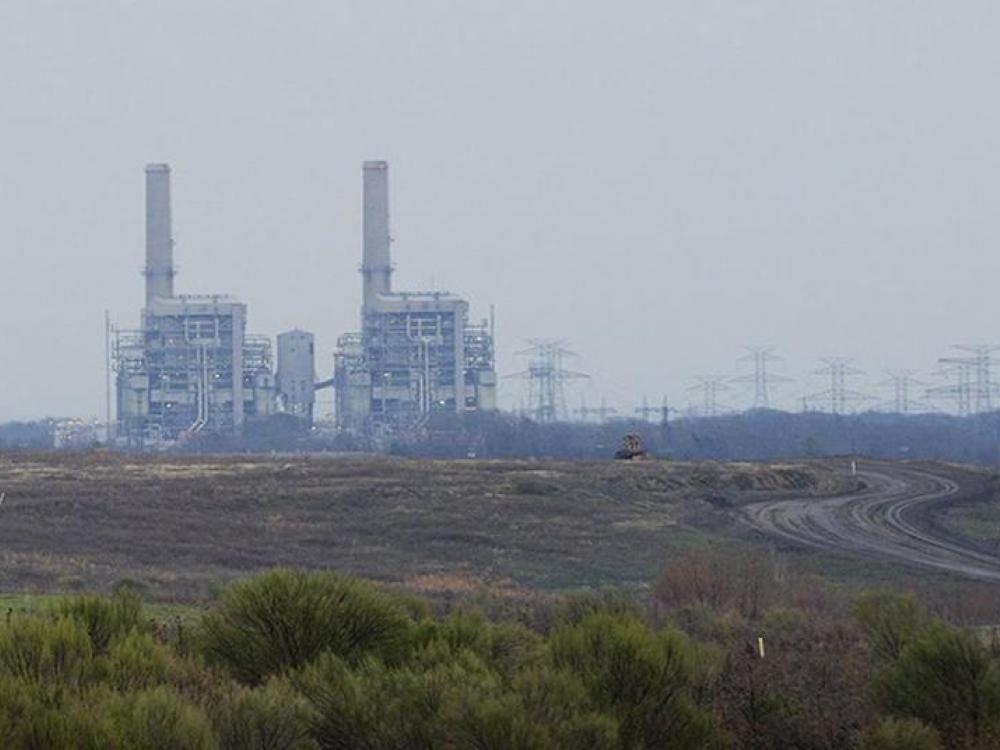 Luminant announced last week that it's shutting down three of its coal plants, including the Big Brown plant in Freestone County. Photo by Robert W. Hart/The Texas Tribune

“These closings will instantly improve air quality in DFW,"  said JIm Schermbeck, director of Downwinders at Risk, via Facebook. "Congratulations to Public Citizen, the Sierra Club and everyone else who contributed to this result that took more than 25 years to bring about.”

This announcement comes days after Luminant Energy’s first announcement to retire its Monticello three-unit coal-burning power plant. According to the Sierra Club, together, these three Luminant coal plants emitted a total of 166 million pounds of sulfur dioxide, 24 million pounds of nitrogen oxide, and 21 million tons of carbon dioxide pollution in 2016.

Mose Buchele, of KUT in Austin, reported that the sudden closure of so many plants is "unprecedented." Josh Rhodes, a research fellow at UT Austin’s Energy Institute, agreed saying that canceling out this much coal-generated electricity from the Texas grid this quickly was unusual.

Public health analyses have shown that pollution from Big Brown and Sandow cause or contribute to more than 6,400 asthma attacks, 187 premature deaths and more than 151,000 lost or limited work days every year, resulting in more than $1.6 billion in public health and lost productivity costs annually, according to the Sierra Club. Closure of these two additional plants will result in significant air and water quality benefits for Texas communities in the Dallas Fort-Worth, Austin, Pflugerville, Round Rock and Taylor regions, as well as communities across the central United States.

“Air quality in North Texas has been bad for decades. This news is a relief for the thousands of families in Dallas who are struggling with asthma and other respiratory ailments caused by smog from these coal fired power plants,” said Cherelle Blazer, a long time Dallas-area Sierra Club organizer. “The retirement of these super polluters is a victory for all of Texas, the residents, volunteers, local experts and organizations who tirelessly give their time and energy to tell TCEQ, EPA and countless public officials that we need protection from pollution levels that violate the federal clean air standard.”

"This news is a relief for the thousands of families in Dallas who are struggling with asthma and other respiratory ailments caused by smog from these coal fired power plants,” said Cherelle Blazer, a long time Dallas-area Sierra Club organizer.

A coalition of environmental groups – Sierra Club, Earthjustice, Environmental Integrity Project, the Sustainable Energy and Economic Development Coalition, National Parks Conservation Association, Breath is Lyfe, and Public Citizen – has worked in Texas to cut dangerous coal pollution from plants in the state. As a result of these groups’ advocacy, Big Brown was designated as violating health-based air quality safeguards for dangerous sulfur dioxide. Both power plants are currently the subject of several federal Clean Air Act lawsuits. Sierra Club, Environmental Integrity Project and Earthjustice have worked together  in a variety of matters seeking to enforce the Clean Air Act at the Big Brown, Sandow and Monticello coal plants. These plants also pollute air quality in 17 national parks and wilderness areas across the central United States, including Big Bend and Guadalupe Mountains National Parks.

"Today's announcement is a victory for Texas's national parks and the millions of visitors they welcome every year. The closure of these plants will mean less pollution harming our climate and degrading the air quality in parks like Big Bend and Guadalupe Mountain, both of which are major drivers for local economies,” Stephanie Kodish, senior director and counsel of National Parks Conservation Association’s Clean Air Program. “Clean air for the region's national parks remains far off so long as Texas continues to refuse taking steps to clean up all its coal-fired power plants and other industrial sources. Not until the state and EPA steps up and takes meaningful action to cut remaining plants' pollution will we achieve clean air for our national parks and the people that cherish them."

This marks the 13th and 14th coal plants to announce retirement in 2017. This underscores that the country is moving away from coal faster since Trump was inaugurated than during the last six years of the Obama Administration, and builds on the U.S. progress to cut more carbon pollution than any other country in the world.

Texas in particular is rapidly transitioning away from obsolete coal plants like the Luminant fleet because of their virtually uncontrolled pollution and because of the rise of low-cost renewable energy. These coal-fired power plants are among the largest polluters in the country and are increasingly unable to compete against plentiful and clean renewable energy. Currently solar and wind power are providing roughly 20 percent of all power within ERCOT, and more than 20,000 MW of wind and 1,000 MW of solar have already been installed in Texas. In addition, more than 50,000 MW of future wind and solar projects are currently being assessed in the ERCOT market according the latest Generation Interconnection Status Report.

"The retirement of the coal-fired Big Brown and Sandow units will mean cleaner air for millions of Texans," said Shannon Fisk, managing attorney at Earthjustice. "Closing these old, polluting units speeds the transition to a clean energy future that enables economic growth while protecting public health. It is critical that we also take steps to ensure a just transition for the employees and communities affected by these closures."