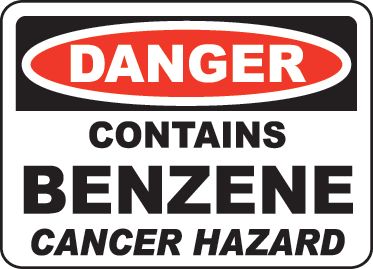 Dr. Anne Epstein, a member of Lubbock County Board of Health, gave a presentation called "A Medical Perspective on Oil and Gas Development" at the Mansfield Gas Well Awareness meeting on Oct. 29.

The gas drilling industry has long denied the environmental and health hazards of gas drilling, but research is catching up, according to Anne Epstein, MD, an internal medicine specialist who was flown in from Lubbock by Downwinders at Risk to share her findings at the Mansfield Gas Well Awareness meeting last week.

Proving there are legitimate concerns hasn't been easy, said Epstein. In the past, the gas drilling industry has relied on the lack of research to assert that gas drilling is safe.

“The industry says ‘We have this under control’ or ‘You don't have the facts [about health risks] to back this up,’ said Epstein.

However, Epstein reported that quality research is becoming available as more researchers are completing their studies and publishing results.

She said, as a medical professional, she believes there’s already ample evidence of the health hazards of gas drilling to warrant reform. She based that on the precautionary principle used in environment management:

“When an activity raises threats of harm to the environment or human health, precautionary measures should be taken even if in some cause and effect relationships are not fully established.”

Primarily, she pointed out that benzene, a highly toxic carcinogen that occurs naturally in oil and gas, has been found at high levels around gas drilling sites. The chemical compound has long-term health effects linked to leukemia, anemia and immune system suppression as well as short term acute effects.

One of the studies she cited included an NIOSH Study of Oil & Gas Worker VOC Exposure, August 2014, which showed benzene levels at completion sites in Colorado and Wyoming posed a health risk for workers. The benzene exposures went as high as 200 ppm in some cases, when the recommended exposure level was 1ppm.

In addition, groundwater contamination from oil and gas activities has been proven. Epstein referenced the 2014 study reported by the Pennsylvania Department of Environmental Protection, which revealed 243 cases of water well contamination by oil and gas drilling activites. 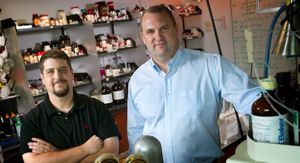 Brian Fontenot, who earned his Ph.D. in quantitative biology from UT Arlington, worked with Kevin Schug, UT Arlington associate professor of chemistry and biochemistry, and a team of researchers to analyze samples from 100 private water wells. Courtesy of UTA.edu

As new research has shown the dangers of fracking, North Texas residents and environmentalists have lobbied to increase setbacks in their cities. Both Dallas and Flower Mound now require a 1,500-foot setback from homes, schools and businesses, while Southlake has a 1,000-foot setback. The Mansfield Gas Well Awareness group is lobbying to increase Mansfield's setback from 600 to 1,500 feet. The Star-Telegram reported that currently the ordinance allows wells to be drilled within 300 feet of a protected property if property owners within 600 feet of the proposed site consent.

Epstein said if oil and gas activities continue in urban areas, increasing their distance from where we live, work and play is the best protection against health hazards, along with benzene monitors.

“Since we don’t have the luxury of zoning, we have to rely on setbacks.”

See Dr. Epstein’s PowerPoint presentation. A video of her talk is expected to be posted in the coming weeks.