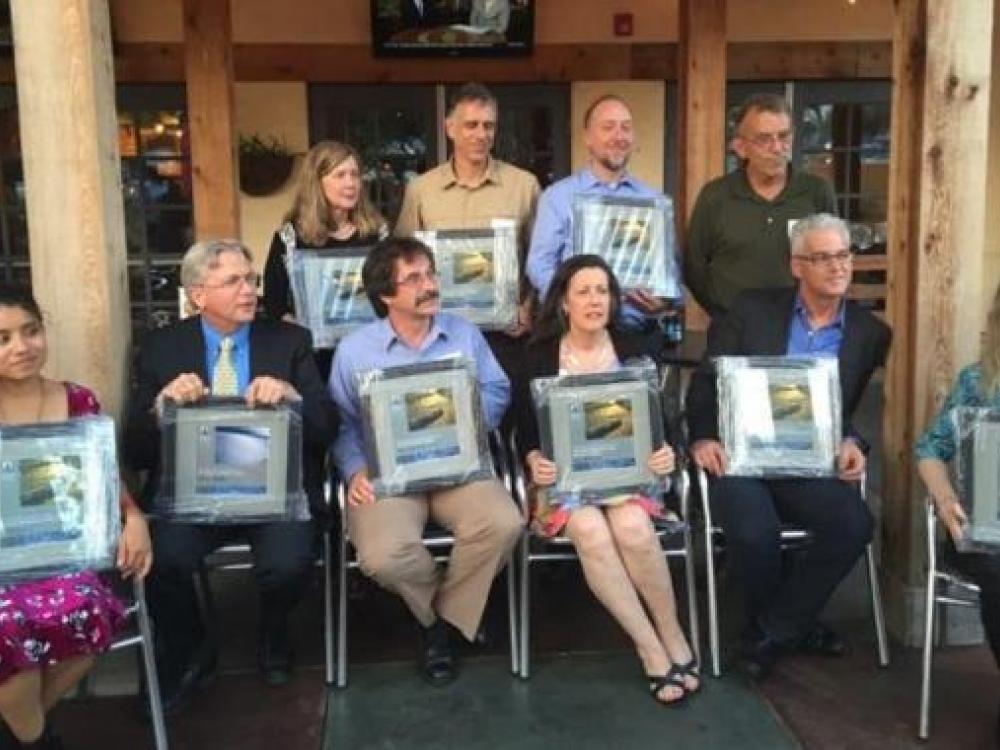 Recipients of the Sierra Club's Lone Star Chapter Awards gather for a group photo on Saturday in Addison. Photo courtesy of John MacFarlane.

North Texas environmentalists were among 19 honored by Sierra Club Saturday at Texas’ Lone Star Chapter’s awards. Sierra members from around the state gathered in Addison to acknowledge efforts statewide from both 2013 and 2014. 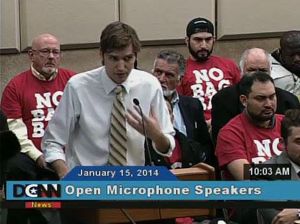 Zac Trahan, DFW program director of Texas Campaign for the Environment, and Rita Beving of Alliance for a Clean Texas, garnered Special Service awards for efforts benefiting the environment. 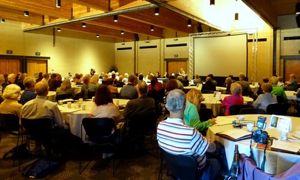 “I wish Texas legislators came to the conference!” Beving quipped

Above, Rita Beving was recognized for organizing the Sierra Club's Earth, Wind and Fire Energy Conference. Below, Molly Rooke talks to the media. 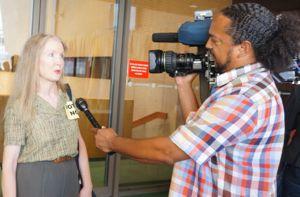 Molly Rooke of Dallas and Fort Worth resident John MacFarlane received Chapter Conservation awards, which honor diligent work on a single issue or revitalization of Sierra conservation efforts, whether state or local.

MacFarlane’s focal issue with the Fort Worth group is a proposed plastic bag ban ordinance for the city, widely publicized and lobbied to City Council members. MacFarlane’s efforts went beyond organizing and education, according to fellow Fort Worthians. He boosted the effort with public appearances in a homemade “Bag Man” costume, distributing reusable cloth bags in TCU purple. 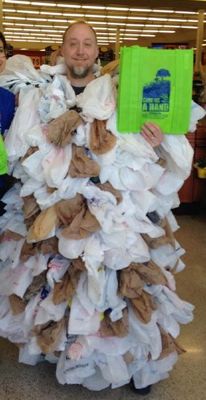 “Five of nine council members are tentatively on board for the ban,” said MacFarlane. He also worked on gas drilling issues.

Left, John MacFarlane was honored for his work on a plastic bag ban campaign in Fort Worth.

“In recent years, she kept a vigil on fracking,” noted presenter Dewayne Quertermous, a member of the Greater Fort Worth Sierra Club. “She represented Sierra Club on the North Central Texas Council of Governments. She has organized hundreds of media events.”

Rooke acknowledged hundreds if not thousands of volunteers who responded to countless calls and emails for action in hearings, citizen Lobby Days in Austin, City Council meetings and more.

Other honorees included Dallasite Liz Whelan, receiving the Virginia Murray Brewer Award for Outings. Outings in the natural world have been central to Sierra Club since its founding in 1892. Whelan’s honor recognized her leadership nationally and locally with Inner City Outings, which takes disadvantaged children and youth into the outdoors. Hers was one of three honors for service to Outings.

Mary Kelly, Austin attorney, was honored with the Ken Kramer Living Waters Award for efforts such as helping to change Texas’ water management system. By establishing the state’s Environmental Flows program, adequate water flow is maintained for fish and wildlife.