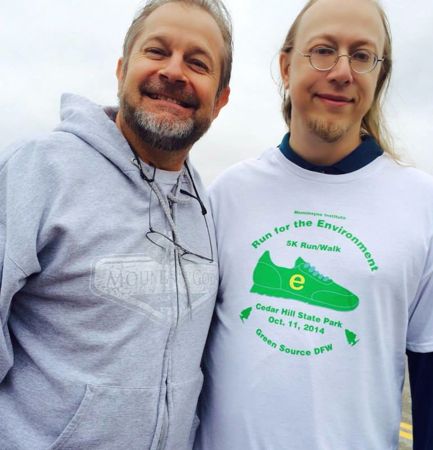 Wendel Withrow is a well-known leader in the local green community as chair of the Dallas Sierra Club, author of a popular camping guide and Green Source DFW board member.

Now the Carrollton attorney is taking on a new role as co-founder of a nonprofit that aims to introduce young adults to the treasures of our natural heritage and the joys of outdoor exploration.

The idea for The Explorers Academy has been been simmering on Withrow’s back burner for many years.

A lifelong outdoor enthusiast, the Dallas native grew up taking camping trips with his family. His father was a history teacher who would load up a school bus of students and head to Colorado.

“These kids would be getting out of Dallas for the first time,” he said.

Over the years, Withrow noticed the lack of diversity in his travels.

“When you go to major national parks and even state parks, the number of minorities is about one percent," he said. “I believe it’s partly from a lack of awareness that those places exist and a lack of tradition.”

He speculates the cost of travel has kept many from lower economic backgrounds from seeing these iconic natural sites, however he said there’s also a cultural divide. Due to segregation in the 1940s, '50s and '60s, cross country travel was still risky for minorities. They might be refused a meal or service at a gas station – especially in the South.

“[Travel] was simply was not an option.”

As a result, there is a segment of the population who has been left behind in the back-to-nature movement.

Withrow said while there are many organizations dedicated to getting young children and teens outside, there’s a shortage of agencies helping older youth.

With co-founders Dallas area attorneys Anne Rowe and Michael Clay, he plans to reach out to local community colleges to enlist members of that age group in the coming weeks. Withrow expects to grow the program “organically” in Dallas-Fort Worth, with ambitions to expand internationally. Immediate plans include hosting a series of day hikes and launching the organization's website.

He also hopes to enlist sponsors, to not only help with funding but ride along on the trips to state and national parks, serving as mentors.

He said there’s no better bonding experience than group travel.

“What better way for people to get to know each than being outdoors together?” said Withrow. “It’s the great equalizer.”

He said the Explorers Academy is all about inclusion and bringing different age groups and parts of society together while cultivating environmental awareness.