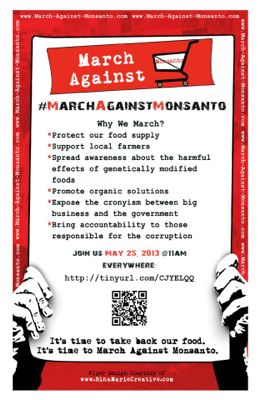 An international effort to call out agri-business giant Monsanto will have a presence in North Texas this month. The Facebook campaign March Against Monsanto, started by a Utah woman, has spread around the globe, and to date 275 rallies are planned worldwide on May 25. Two are planned in North Texas. So far, more than 700 people have confirmed attendance to the Dallas march, with nearly 500 going to the Fort Worth rally.

Anger at Monsanto revolves around its production of genetically modified seeds,  which are engineered to be pest-resistant, herbicide resistant or to boost nutrition. Critics say GMOs have not been adequately tested for human safety. There are also growing concerns about their harm to beneficial insects and wildlife. In addition, the corporation is widely viewed as having monopolized the industry and as wielding too much political influence.

The March Against Monsanto campaign was started by Tami Monroe Canal of Salt Lake City, who created the original Facebook page in February.

“I honestly didn’t have high expectations,” said the 31-year-old mother of two. “So many of my family and friends don’t know what a GMO is. Rather than going around being mad about [the issue], I decided to act.”

After she shared the Facebook page with friends, the campaign quickly spread through social media.

“I’m more shocked than anybody how it has taken off,” she said, recently by phone.

Jessica Winters of Glen Rose said she came across the page in March. She saw no Dallas march listed and offered to host it. She said she became concerned about Monsanto, after watching the documentaries Food, Inc and The World According to Monsanto. “I couldn’t eat right for awhile after that,” said Winters. She said the mission of the rally is to spread awareness.

“If enough people keep talking, we can’t be ignored,” she said.

THINKING INSIDE THE BOX 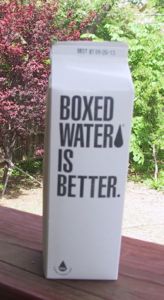 "Boxed Water is Better" reads the label on the carton of water we picked up as a giveaway at Prairie Fest last weekend. The city of Fort Worth was handing them out free to promote its carton recycling program. Is boxed water better? It was definitely more appealing, and we were curious where it could be purchased locally.

The products are made by a Michigan-based company called Boxed Water Is Better, and we tracked down the cofounder of the company, Ben Gott of Grand Rapids. The 31-year-old former computer programmer and graphic designer said he came up with the idea for the cartoned water in 2009 when he observed that bottled water had gone from hip accessory to ultimate symbol of environmental waste. He saw the solution as switching to greener packaging.

“I really believe it’s the job of creatives and entrepreneurs to constantly rethink things that are being presented as problems,” he said via email. “In this case bottled/packaged water became a huge target as a non-eco-friendly product -- but -- people continued to buy it.”

The boxes are made from 76 percent paper and can be recycled. (Although not all cities offer carton recycling, Dallas was the first major city to offer carton recycling in September 2011. Fort Worth followed a year later.) The company also has a philanthropic bent. Ten percent of profit is donated to world water relief and an additional 10 percent to reforestation projects. 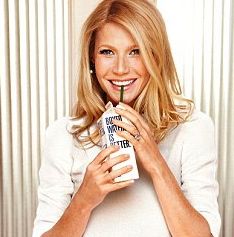 According to Gott, the business is still growing. Today, the product is available at more than 2,500 stores in 10 states. Gwyneth Paltrow was even seen holding a carton for a Glamour photo shoot. But don’t look for them at the outlets in DFW listed on their website. Gott admits it’s out of date.

“We're working to re-establish ourselves in the Dallas-Fort Worth market as well as Austin.”

Do you think boxed water is better? Let us know.