THE ANTI-FRACK TRACK
More than 200 anti-gas drilling advocates from 26 states have signed up to attend the Frack Attack National Summit March 2-3 at the Best Western Plus in Dallas. The summit is hosted by Stop the Frack Attack, a coalition spearheaded by Earthworks, an environmental organization based in Washington, DC.

Sharon Wilson, a Dallas-area organizer for Earthworks, said the summit aims to grow the anti-fracking movement and provide people the tools to stand up to the powerful oil and gas corporations.   “We need to get better at telling our story,” said Wilson. “It seems the media is more interested in telling the industry’s story.”  The two-day conference will offer classes on community organizing, communications training as well as primers on the issues surrounding hydraulic fracturing or fracking. The keynote speaker is Danny Kennedy, a California-based environmentalist who’s worked on Greenpeace campaigns.

Tickets for the conference are $50 and includes lunch on Saturday. Scholarships are available for those who are unable to pay. The summit will be followed by a rally in Austin on March 4. For more information, see http://www.stopthefrackattack.org/. 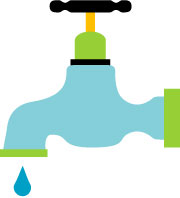 The North Texas Commission, a regional coalition founded in 1971, helped develop the North Texas Tollway Authority and bring the Super Bowl to North Texas. This week, the group will tackle the state’s water shortage when it hosts the 2013 North Texas Water Summit on March 1, from 8 a.m. to 1 p.m. at the DFW Marriott Hotel in Irving.

According to Kimberly Walton, spokesperson for NTC, this is the second summit the nonprofit has held on the water crisis. “This is a long-term issue that needs to stay on everyone’s front burner,” said Walton.     The Texas Water Development Board estimates that state-wide water demand will increase by 22 percent over the next 50 years, while existing supplies will fall by 10 percent. The forum will cover the demands on the state’s water resources, proposed solutions and corporate best practices 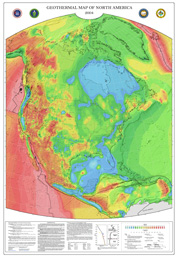 SMU is hosting a conference to discuss how geothermal energy can be captured at oil and gas fields next month. On March 12-14, “Geothermal Energy and Waste Heat to Power: Utilizing Oil and Gas Plays” will be held at SMU in Dallas.

“Ultimately this is about producing green energy in tandem with fossil fuels,” said Kimberly Cobb, spokesperson for SMU.     According to SMU's Geothermal Laboratory, the same technology that can power oil and gas surface equipment from waste heat also is capable of converting waste fluids from oil and gas wells into electrical power.      This is SMU’s sixth Geothermal Energy Utilization Conference. SMU researchers say vast geothermal resources reachable through current technology could replace the levels of energy now produced in the United States, mostly by coal-fired power plants.

The Natural Resources Defense Council and the Sierra Club endorse some geothermal energy development but warn against potential environmental impacts, such as contamination of groundwater, impact on natural thermal features and increased seismic activity.

The luncheon and keynote cost $70. The workshop is $150. The conference admission is $600 if you preregister by March 8. For more information, see http://smu.edu/geothermal/