It was a Gas: The National Frack Attack Summit in Dallas

Hundreds of people from all over the country converged on Dallas for the Frack Attack Summit, March 2-3. There were people from Philadelphia to San Francisco, and from Wyoming to Texas. Their common interest was the effect of hydraulic fracturing for gas on the environment: water, air, health, community.

On the first day, one of the highlights was a Skype connection with Gasland filmmaker Josh Fox, who recounted his travels and the people with whom he spoke. 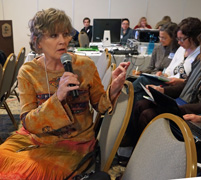 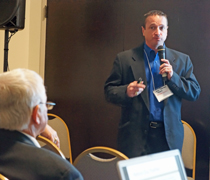 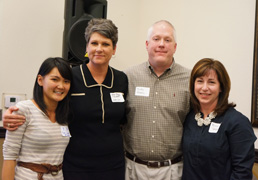 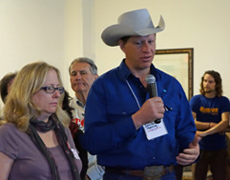 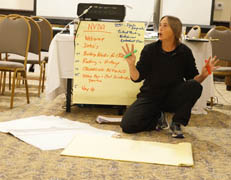 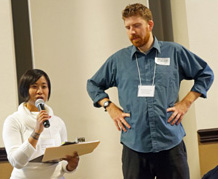 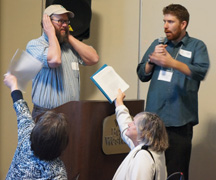 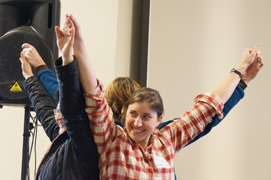 Storytelling: Left, "I'm not listening" to the information about fracking.
Right, "The only way to fight fracking is cooperation." 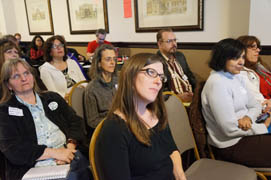 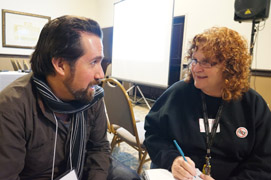 Lots of workshops. Many, many discussions. 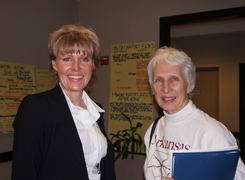 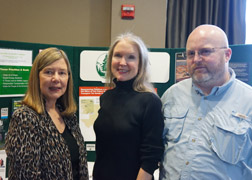 Left, Deborah Rogers, "The Real Economics of the Shale Gas," founder of Energy Policy Forum www.envergypolicyforum.org  and member of League of Women Voters in Arkansas.
Right, Rita Beving of Public Citizen, Molly Rooke of the Dallas Sierra Club and  Dewayne Quertermous of the Fort Worth Sierra Club