Group campaigns to save prairie in Richardson 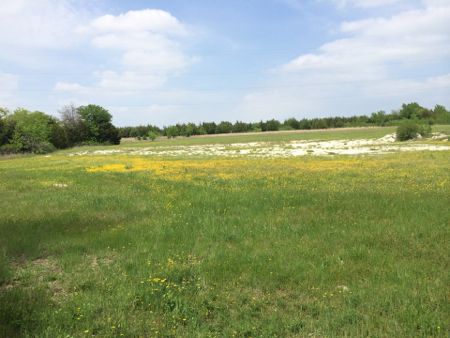 This 13-acre site in Richardson is one of the few remaining remnants of blackland prairie in Texas. A local developer has plans to build high-end homes on the property. Photo courtesy of Eric Reed. Additional photos by Karl Thibodeaux.

To a local developer, it’s an opportunity to turn an “empty” lot into a residential community for a profit. But to homeowners and environmentalists who’ve been working to save it, the tall-grass blackland prairie remnant is a jewel right now in its natural state. 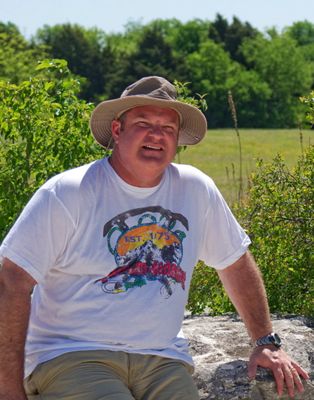 Last week, the fight to preserve the 13-acre wildspace, north of Springbranch Drive, appeared to come to an end when the Richardson City Council approved a request to change the zoning from industrial to residential. Jim Douglas, representing Douglas Properties, Inc., has plans to purchase the property from its current owner, California-based Flextronics, and build 16 homes and 131 more on an adjacent piece of land in Plano.

But Reed, an attorney who lives near the prairie, is not ready to give up the fight. One of the prairie's most vocal supporters, he said he thought the property was part a nearby park when he and his wife moved to the neighborhood 12 years ago. It wasn’t until he learned in March about the zoning change request that he realized its precarious existence.

Above, Eric Reed wants the prairie to be saved as a native preserve and outdoor classroom.
Below, Beck Creek borders the property. 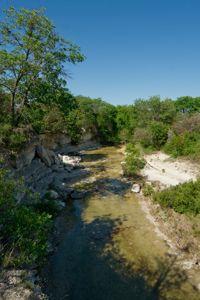 Since then, he and others have scrambled to build a case for the prairie’s ecological value.

A Texas Stream Team volunteer was invited to monitor the natural springs on the site. In addition, a Texas Parks and Wildlife botanist drove from Austin to document the plethora of native flora.

On a recent tour of the prairie, Reed, a Choctaw descendant, pointed out dozens of native species, including milkweed, four-nerve daisy and indigo in bloom. In addition, a range of wildlife – a pair of horned owls, coyote, bobcat and the prairie chub minnow – seek refuge at the site, he said. 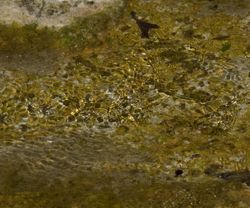 One of the prairie’s biggest supporters is RJ Taylor, conservation director from the Connemara Conservancy in Allen. He drafted a letter to the city council recounting the importance of preserving what he refers to as high quality habitat.

“It’s pretty rare to find something like this,” he said. “There are so few of these places left.”

Above, a clear-running spring that feeds Beck Creek that conservationists fear could be buried under development.

According to the Native Prairies Association of Texas, less than 1 percent of the original 20 million acres of Texas’ tall-grass prairie remains. 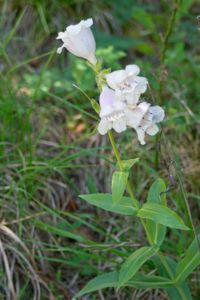 Taylor believes that a creative solution can be worked out among the stakeholders as was done by Houston environmentalists this year to save the Deer Park coastal prairie remnant.

The group hopes to negotiate a deal with Flextronics, which touts its environmental stewardship, but has so far not responded to attempts to contact them.

White foxglove, and below, primrose grow on the Richardson site. 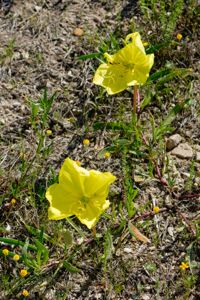 According to Taylor, two grants have been identified that could be used to purchase the property valued at $1.2 million. In addition, he said some supporters may be willing to donate additional funds to the purchase.

Reed said he's skeptical high-end homes are a good fit for the site, which borders a row of power lines along with jet fuel, natural gas and sewer lines. He said it would be better used as an outdoor classroom for local school children.

Still, he’s worried that he’ll wake up to find bulldozers on the prairie one day.

“Ordinary citizens shouldn't have to fight their own government to preserve something for future generations to enjoy,” said Reed. “We’ve gone on record to show there are people who care.”