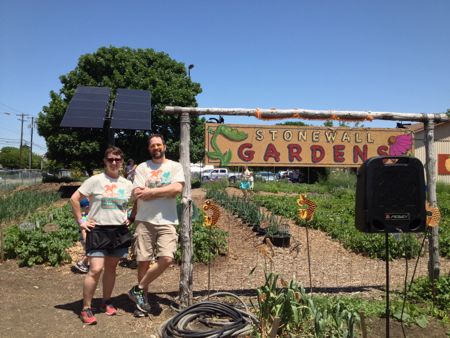 The Sun Club is accepting applications for its 2015 grants until June 15.

Photos courtesy of the Sun Club.

Nonprofits in North Texas who want to reap the benefits of renewable energy can go solar with help from the Green Mountain Energy Sun Club. 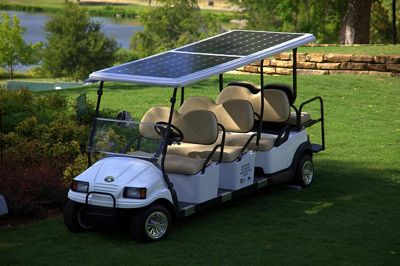 The eco-friendly energy company, based in Austin, created the Sun Club in 2002 as another way to promote renewable energy. Customers have the option to donate a few dollars to the Sun Club each month. Each year, those funds, along with employee and outside donations, are doled out to sustainably-minded nonprofits within Green Mountain's five-state residential service region to purchase solar equipment.

Since it started, the Sun Club has awarded $3 million to more than 60 nonprofits to install solar power.

Currently the Sun Club is accepting applications for its 2015 grants until June 15.

“This year, we’ll be helping about 20 nonprofits in Texas, Illinois, Maryland, New York and Pennsylvania,” said Tony Napolillo, Sun Club program manager. “That’s the most we’ve ever given out in a year.”

On Sunday, Stonewall Gardens, the nonprofit that supports the school gardens at Stonewall Jackson Elementary in Dallas, flipped the switch on its $20,000 solar arrays, installed thanks to a 2014 Sun Club grant. A pole-mounted solar panel in the garden and six rooftop panels will provide students hands-on experience monitoring a solar array as well as power a school building.

“We wanted to use solar as an educational resource,” said Laura McCavit, president of Stonewall Gardens. “We want kids to know what solar is.” 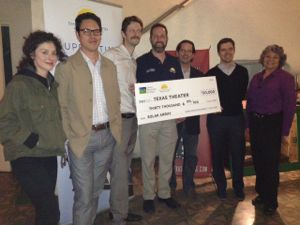 Meanwhile, the historic Texas Theatre in the Oak Cliff neighborhood in Dallas expects to have its Sun Club-funded solar panels installed on its roof by fall. The array will broadcast the organization’s eco-friendliness as well as benefit the theater’s tenant Aviation Cinemas.

“We’re trying to make our operational costs as efficient as possible,” said Will Adams, Oak Cliff Foundation board member. “This will lower our energy costs quite a bit.”

The Dallas Academy is another 2014 recipient. They’ve received a $30,000 grant, which sparked a campaign to raise private funds to supplement it.

According to Napolillo, when awarding grants, they look for nonprofits who contribute to the community, who can benefit from solar power and promote it.

Organizations don’t need any technical knowledge. Once finalists are narrowed down, Napolillo will meet with them to assess their needs.

The fun part is coming up with creative solutions that fit the nonprofit, he said. 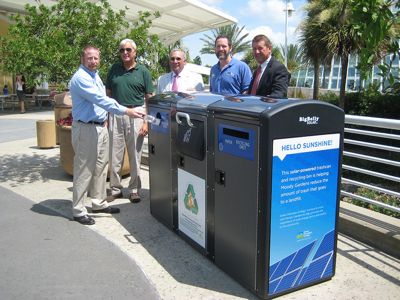 Meanwhile, Moody Gardens in Galveston enhanced their recycling campaign. They received $50,000 from the Sun Club to purchase solar-powered recycling stations that alerted administrators when they were full, along with maintenance carts to service them.

At Stonewall Gardens, McCavit said the whole process was easy. Once the grants are distributed, the Sun Club contracts an installer to put in the equipment.

“They were very good at guiding us,” said McCavit. “We didn’t know what we could do. We just had the desire.”

More about the Sun Club.

Front page photo: Tony Napolillo and Caitlin Conran of the Sun Club show off the solar array at Stonewall Gardens in Dallas.