Carol Miskin launched Get Healthy Rockwall, a whole foods and plant-based diet support group, in 2014, after reading about Get Healthy Marshall in East Texas.

Last year, an East Texas mayor made headlines in the New York Times and Texas Monthly for his success starting a plant-based healthy-eating trend in the small town of Marshall. Now Carol Miskin, the founder of Get Healthy Rockwall wants to grow the movement in North Texas.

The 59-year-old says she started the Rockwall group after she'd already adopted a whole foods, plant-based diet to offset her family history. Both of her parents died from cancer at young ages and she wanted to live to be 100 years old.

“I knew I needed to improve my eating habits.”

Miskin’s journey to a healthy diet began when she tried to kick processed foods in 2013 and started scrutinizing food labels.

“It really got me thinking about what I was putting in my body for nutrition,” she said. “I was shocked to see how many foods that I ate on a regular basis contained preservatives, artificial colors and GMOs. I learned to eat more whole foods, less processed junk as a result.” 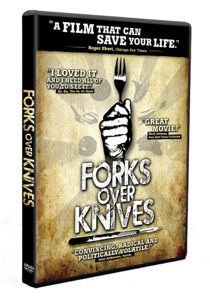 After watching the documentary Forks Over Knives, she also cut out all animal products, sugar, oil and salt, which is advocated in the film as a way prevent and reverse heart disease, cancer and diabetes.

While doing research online, she discovered Get Healthy Marshall, a group that also promotes a plant-based junk-free diet, started by Marshall Mayor Ed Smith and his wife after he was able to beat cancer with lifestyle changes. Miskin immediately decided that Rockwall needed a support group, too.

“I started Get Healthy Rockwall because I wanted to share what I had just learned with others. I felt like I had been given an opportunity to improve my health, and I wanted to help others do the same," said Miskin.

Like the Marshall group, Get Healthy Rockwall has a group Facebook page where folks can share recipes, tips and monthly potluck dinners allowing each member to bring a healthy plant strong dish to share.

With more than 100 members, Get Healthy Rockwall has about 15 to 20 regulars at its potlucks.

“We sometimes have a speaker, but often just visit amongst ourselves, sharing tips on eating out, places to shop and new products,” she says.

While Miskin said she knows that switching to her new diet was the best thing for her body, she also likes that she is doing no harm to animals. In addition a plant-based diet is widely recognized as the most environmentally-friendly diet, recommended by the United Nations as the most sustainable too.

“I started this journey for my health,” she says “But as a result of searching for information on plant based eating, I have learned about and now support two other causes – animal welfare and the environment. I don’t know how it’s possible that someone who is as much of an animal lover as I am would not make the connection between the food on my plate and the animal it comes from. But I do now and once you know you can’t not know.”

The environmental implications of the meat/dairy/egg industry are also staggering Miskin says, adding that just the amount of water alone that it takes to produce a pound of meat, along with the pollution it causes and the amount of grain needed to feed cattle, which could go feed people directly, is shocking.

According to a 2010 UN report, agriculture, particularly meat and dairy products, accounts for 70 percent of global freshwater consumption, 38 percent of the total land use and 19 percent of the world's greenhouse gas emissions.

According to Miskin, the members of Get Healthy Rockwall are in all different stages of their plant-based journey.

“Some are hardcore vegans, some just have a plant-based meal once in a while, some participate in Meatless Monday and some just want to get more fruits and veggies into their diet.” 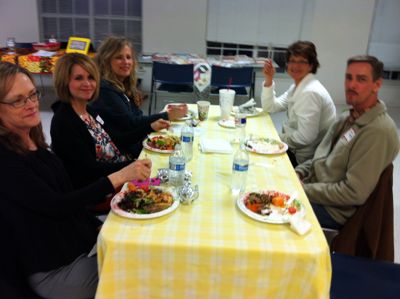 Miskin says it is easier for some people to make gradual changes but she recommends the opposite.

“I say go for it, jump in with both feet, clean out your fridge and your cupboards, buy veggies, cook them and eat them.”

For folks who want to begin a plant-based diet slow, there are meat substitutes. But Miskin says she is not a fan since they are typically processed and contain salt and oil.

A big motivator for switching to a plant-based diet is the difference in how you'll feel once you start making changes, she said.

“The very first thing I noticed was no more hot flashes – I turn 60 this year – that was awesome. I also lost 25 pounds and I have more energy. I’ve also noticed that I don’t feel weighed down after I eat, like I did when I ate big meals of meat and eggs and cheese.”

While Miskin says that it is not necessarily easy to transition to a plant-based diet, she says it is worth the effort for so many reasons.

“Even though I was highly motivated to make this change, it was so different from the way I used to eat. I don’t just eat plant-based, I eat no animal products, no processed food, no sugar, oil and salt. So in the beginning, I felt very deprived, but once you get off the old stuff, you lose the cravings, and you can actually taste how good plants really taste."

She lives by her favorite saying:

“The secret of change is to focus all of your energy, not on fighting the old, but on building the new.”