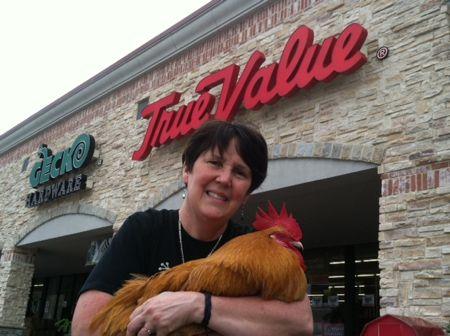 Andrea Ridout, founder of Gecko Hardware in Dallas, is launching a new radio show this month called "Down to Earth." It will air at noon on Saturdays on 1190AM. Gecko's mascot George the Rooster is featured on the program's theme song. Listen here. Photo courtesy of Gecko Hardware.

Eco-friendly entrepreneur Andrea Ridout stumbles across a lot of interesting people, places and products – both in her business and her personal life. Now the founder of the green-leaning Gecko Hardware in Dallas wants to share these discoveries with others via a new radio show.

The program called Down to Earth will feature many of her cohorts in both the local and the national environmental community. However, Ridout says the show may include people who are simply “down to earth” as the show’s name implies.

She said she got the idea from getting to know folks like the man who owns the land in Dublin where she boards her two pet cows, Faith and Francie.

“He’s a vet and one of those curmudgeonly Texas ranchers,” says Ridout, with a chuckle. “It made me think – wouldn't that be neat to do a show about down to earth people like him?”

She said while the show won’t require that guests be strictly “green,” she said the people she’s drawn to are typically environmentally conscious. 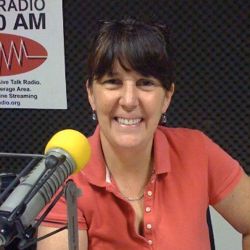 This is not her first radio rodeo. Back in the 1980s and 90s, when she operated a hardware store in Garland, radio gardening show host Neil Sperry was her customer.

Right, Ridout worked in radio throughout the 2000s.

“He made a comment that I had a funny distinctive voice. He said, ‘If you ever get out of hardware, you ought to think about radio.’” 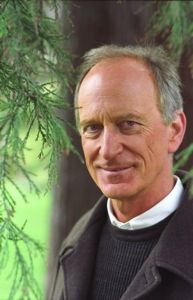 In 2001, she took him up on his offer and sat in on one of his shows. Soon she had her own show, a home improvement program called Ask Andrea on 1190 AM. Later she did The Energy Show on WBAP. In 2009, Mother Earth News Radio hired her to host a national show, where DFW solar guru Dan Lepinski was a frequent cohost.

Andrea Ridout hopes to interview a few green celebrities such as Denis Hayes, the cofounder of the original Earth Day, on her new show. Hayes was a guest on her previoius shows.

When the program lost its funding, in 2013, she left the air waves to open Gecko Hardware in a Lake Highlands shopping center in Dallas. In two years, the store has developed a loyal following in the green community for featuring both traditional True Value products and green alternatives.

Now that the business has reported its first profit in April, she is ready to take on a new project that also will support Gecko Hardware’s mission.

“I missed radio,” said Ridout. “I meet people all the time that I’d love to interview. It’s going to be a way of promoting all of our friends.”

Plus, it’s educational, said Ridout, who is a certified master naturalist.

“We’ll do a lot of stuff with Texas A&M’s ag extension office and have all the master gardeners and master naturalists on.” 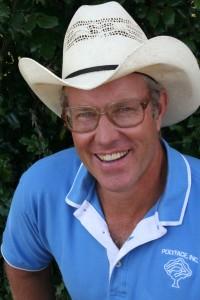 Along with the beekeepers, the eco-friendly artisans and renewable energy experts, she plans to bring in a few celebrities she knows, such as Denis Hayes, cofounder of the original Earth Day.

While contracts are still being negotiated, her first show, an interview with nationally known holistic farmer Joel Salatin, has already been taped and set to air in June.

After that, the show may be broadcast live, depending on the time slot she ends up with.

Of course, George the Rooster, Gecko Hardware’s popular beaked mascot will on hand to co-host.

“Kevin Hickman wrote an adorable intro song [for the show] featuring George crowing,” said Ridout. “It will set the tone.”

Down to Earth will air at noon on Saturdays on 1190AM.