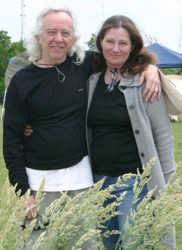 When it comes to nonprofits, it doesn’t get much more grassroots than Friends of Tandy Hills Natural Area in Fort Worth. The organization, founded by Don and Debora Young to protect and promote a160-acre prairie remnant east of downtown Fort Worth, aims to connect North Texans with both their local native grass and their geographical roots. It all started with a party hosted by the couple at their home across the street from the park.

The Youngs had long been fans of Tandy Hills, a rugged undeveloped site obtained by the city of Fort Worth in the 1960s. Don had discovered the park as a teen and was drawn back as an adult.

“We used to bring our kids here to go for hikes,” said Debora.

In 2000, they had moved to the Meadowbrook neighborhood to be closer. However, a few years after they arrived, they learned at a neighborhood meeting that gas drilling at the park was being considered. 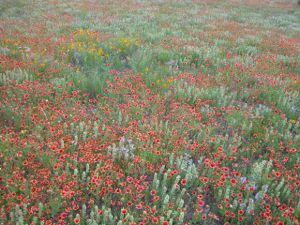 “I wasn’t an activist at all,” said Don. “My eyes almost popped out of my head.”

That concern for their beloved park led Don and Debora on a journey that would include starting a coalition to keep gas drilling out of the park to launching one of the most popular outdoor festivals in Tarrant County. (Photo: Don Young)

In 2005, the Youngs formed Friends of Tandy Hills Natural Area with neighborhood support. Although, they initally focused on activism, Don proposed that the best way to head off any threats to Tandy Hills was to get more people to the park. 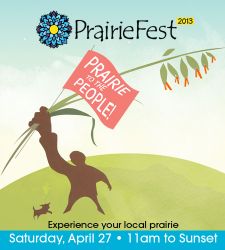 “I said, ‘If we’re going to save this place, more people need to know it exists,” said Don. “If they see it, they'll fall in love with it.”

So in 2006, the Youngs hosted the inaugural Prairie Fest in their front yard. The ambitious venture featured two-days of live music, poetry readings, dancers, wildflower walks and a few vendors, including Toyota, which drove over a Prius. About 400 people came out.

The second year, the festival moved across the street to the park. The community quickly embraced Tarrant County’s first green festival and by 2011, attendance had swelled to 5,000. Ironically, it's popularity forced them to scale back in the last couple years to keep it managable.

"It was killing us an all-volunteer organization," said Don, who said security costs were beginning to eat into profits. 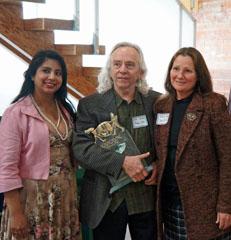 But while Prairie Fest is the organization’s signature event, that’s only part of why FOTHNA was chosen as Green Source DFW’s Grassroots Nonprofit for 2013. The organization is active year-round -- most notably by promoting the original prairie remnant as a living classroom for botanists, nature lovers and school children.

“It’s like a mini-museum of plants that grew on the prairie,” said Don.

Don has cataloged the plethora of flowers, grasses and wildlife with photographs and vignettes in his monthly newsletter, Prairie Notes, a Walden-style diary in installments. Meanwhile, Debora has compiled illustrations and descriptions in a mini wildflower guide that is being updated.

During the year, the organization, which relies on a team of dedicated volunteers and master naturalists, hosts hikes, work days and has even shown movies outdoors. It’s also partnered with Fort Worth ISD to bring children in low-income neighborhoods to visit the prairie through their Kids on the Prairie program. They also train teachers to bring their students to the park. 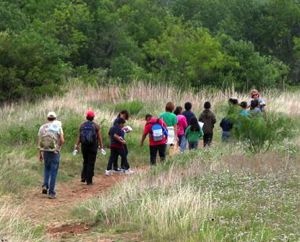 Don says introducing kids to Tandy Hills has been the most rewarding part of their efforts.

“People are beginning to value the wilderness experience,” said Don. “It’s totally different from sitting in a classroom memorizing by rote.”

With FOTHNA programs firmly established, the Youngs are planning a new venture. A large work contract in their glass art business has afforded them the opportunity to follow a dream to relocate to the quirky west Texas town of Marfa. Despite their deep Fort Worth ties, the Youngs say they want to escape the potential health hazards of rampant gas drilling in Tarrant County. Plus, they’re ready to start a new chapter in their lives.

Their house is currently for sale and they are mentally preparing for leaving their beloved Tandy Hills.

“If we could take Tandy Hills with us we would,” said Debora. “We bought our home with the idea of croaking here,” she joked. 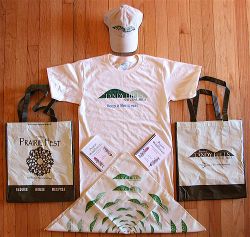 They will stay involved with FOTHNA and say they trust board members to carry on their legacy. They envision continued prosperity for Tandy Hills, which is no longer the neglected wallflower it once was. Fort Worth has since banned gas drilling in parks, and the city’s master plan includes revamping the trails and building a visitor’s center.

“The sky’s the limit for this organization,” said Don.

In March, the Memnosyne Institute awarded Friends of Tandy Hills Natural Area in Fort Worth the Green Source DFW Environmental Award for Grassroots Nonprofit of 2013. This article is one of a series of stories about the award winners.