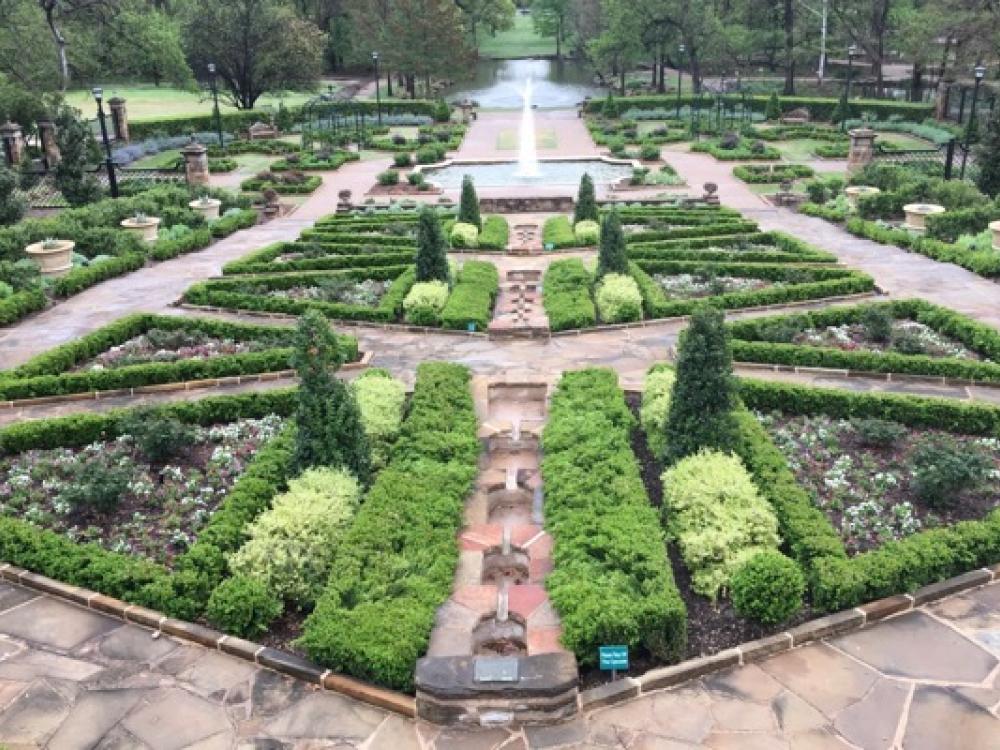 Park advocates are concerned that charging a fee for the Fort Worth Botanic Garden would exclude a segment of the population from enjoying the green space. Photos by Julie Thibodeaux.

A task force is considering charging a fee as high as $12 for admission to the Fort Worth Botanic Garden. The $3.7 million generated in additional revenue would pay for much-needed infrastructure repairs and further enhancements to the city-owned venue.

Local park advocates are worried that even with discounted prices for seniors and children it would keep those from lower economic levels out of the popular green space. The Tarrant Coalition for Environmental Awareness is encouraging park lovers to attend a TCEA meeting today March 29 at 4:30 p.m. at TCEA leader Lon Burnam's office at 1515 Eighth Avenue in Fort Worth to discuss a plan of action to oppose the fee.

The 110-acre green space, which opened in 1938, is the oldest botanic garden in Texas and has always been free to the public, excluding the Japanese Garden within the park, which charges admission.

Currently, the city pays 58 percent of the park’s $4.4 million budget, considered to be a generous allotment compared to other large municipal gardens, according to the EMD Consulting Group. The St. Louis-based firm was hired by the city to study the issue. Thirty nine percent of the Botanic budget comes from earned revenue, while 3 percent comes from contributions. 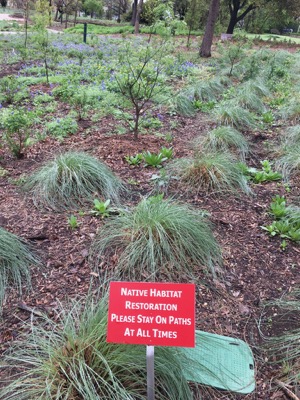 As a result of a lean budget, the Fort Worth Botanic Garden has accumulated $1.5 million in yearly unmet operational needs and is at least $15 million behind in capital repairs.

EMD looked at comparable gardens across the U.S. including the Dallas Arboretum, and found that admission fees were the norm among similar sized gardens.

The Fort Worth Botanic Garden offers educational signage on plants, wildlife and environmental topics throughout the park.

The Strategic Plan also proposed that a low-cost pass could be made available to low-income residents. According to the Star-Telegram, the task force is expected to make a recommendation to City Council in the coming months.

Charles Dreyfuss, of Friends of Fort Worth Parks, a grassroots advocacy group, told GreenSourceDFW that he doesn’t have any ill feelings for the those who want to enhance the Garden but fears they will exclude many who currently enjoy the green space for free. He said a “pauper’s pass” would only help the poorest of the poor, not those who are chronically cash strapped.

“These benefactors who have done wonderful things for the park would like to make it a great place. They would like development to be faster and they don’t care who they keep out,” he said. “We just think they should take it slower and keep it free.”