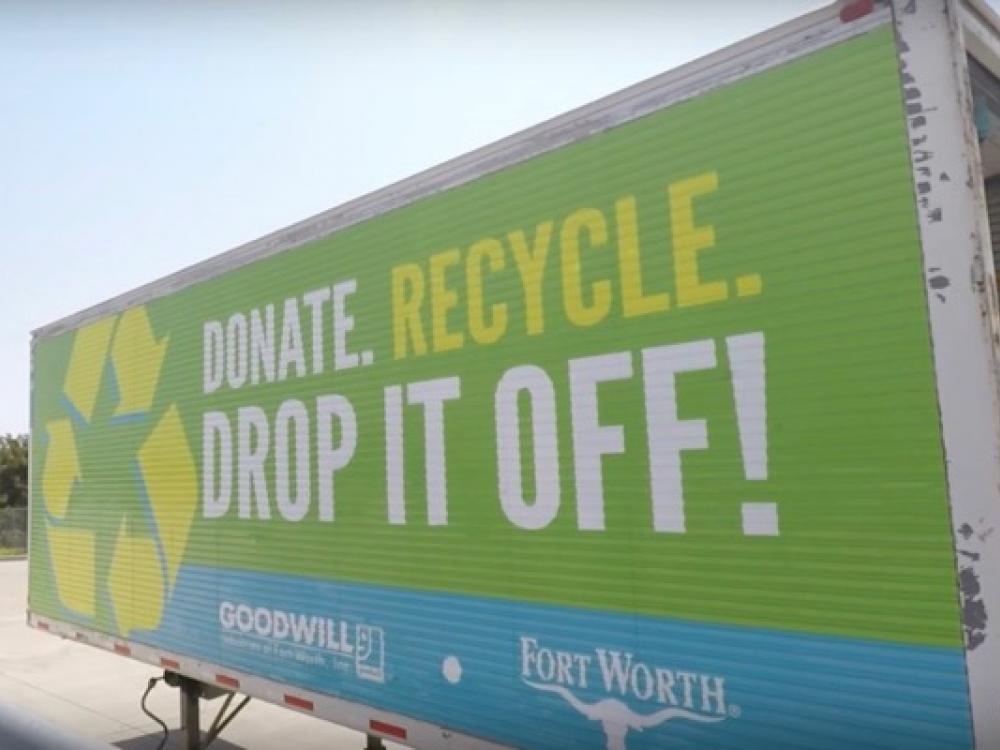 When the first full draft of the plan was released at the end of 2015, the coalition of advocacy groups including Texas Campaign for the Environment, Greater Fort Worth Sierra Club and Zero Waste Fort Worth were unimpressed with the low-bar for diversion and lack of programs that address food waste and commercial recycling, especially considering the need and interest in these areas.

For example, the city’s public outreach survey asked residents about their interest in curbside food composting, and despite more than two-thirds of respondents saying they would participate, nothing was included in the initial draft plan. Further, according to the city’s data, commercial industries account for about three-times as much waste generated compared with residents, and no significant programs were included to address the growing stream of waste from these properties.

So, TCE helped draft and signed a coalition letter to the city, and continued to organize in Fort Worth communities through its door-to-door canvas to pressure city officials and staff on making the plan more ambitious. Over the course of about twelve months, TCE generated hundreds of letters to Fort Worth officials. TCE and its coalition partners also met with city staff and urged them to listen to the coalition’s recommendations for the plan—along with the hundreds of residents who have been engaging with their elected officials. The department agreed to consider the recommendations by our coalition and supporters, and pledged to include as much as possible.

At the end of August 2017, the city released the final draft of their long term plan. This version included almost every recommendation our coalition had been advocating for, including:

•    Preparing an ordinance for recycling where people work in the city, i.e. at all businesses (2018)

•    Involving stakeholders and advocacy groups in the plan’s implementation

On Sept.12, the City Council listened to a final round of public testimony—all speakers and public comment cards were supportive of the plan—and the council voted unanimously to finally approve it (there were two absences).

Fort Worth is now the second city in North Texas to adopt a long-range resource management plan that puts the city on a path to Zero Waste. As neighboring cities consider how to plan for better resource management in the future, they now have two examples—Fort Worth and Dallas—on how to engage with interested residents, advocacy groups and community leaders. We applaud the efforts of city staff and councilmembers that helped aid in the development of this plan, and we look forward to lending our support in implementing these programs and objectives.

Corey Troiani is the DFW program director for Texas Campaign for the Environment. He can be reached at corey@texasenvironment.org.