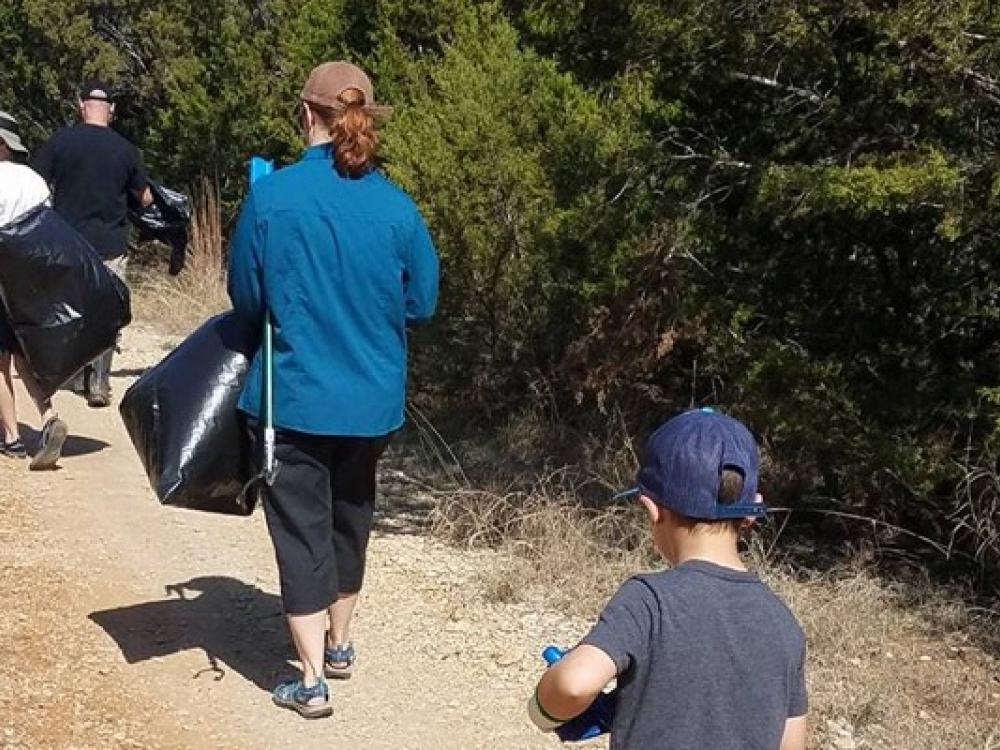 A Fort Worth man and his wife got tired of seeing state and national parks littered with trash and decided to do something about it.

Steve Riella said he and his wife Ryan and their 11-year-old son, enjoy hiking. They’ve always tried to teach their son the importance of environmental stewardship by picking up trash as they walk – a bottle here, a can there. However, on more remote hikes, they often noticed trash and even dump sites in areas of parks that volunteers and staff never reach.

“We do backcountry hikes and it’s amazing. You’d think because there’s not as many people there that you wouldn’t see that much trash. We decided it was time to give something back, to do something positive.”

Riella said while they typically find discarded water bottles, beer cans, used diapers and cigarette butts on the trails, remote areas are havens for illegal dumping. On their walks, they’ve come across larger refuse such as refrigerators, steel fence posts and mattresses.

“Parks tend to be an afterthought for a lot of people. They think park staff they have plenty of time to pick up litter. But the truth is, most are understaffed and underfunded.”

Riella decided it was a job beyond what his family could do. That’s why he launched Cleaner Parks, a 501(c)(3), in November.

So far, the Riellas have held four park cleanups in the North Texas area. Using social media and email blasts, they’ve enlisted friends and others from their networking groups. Their core volunteers include Cleaner Parks board member Matt Vaughan, a herpetologist for the Dallas Zoo. Together they’ve collected hundreds of pounds of trash from Cleburne State Park, Cedar Hill State Park and Mineral Wells State Park.

With help from donations, at each trash off, Riella provides gloves and trash bags. In addition, going forward, he hopes to raise money to give to each park.

The next Cleaner Parks event will be held April 22 for the Isle du Bois Unit at Lake Ray Roberts State Park in Pilot Point. They are raising donations to help the interpretive center staff replace items lost in the flood, including a GPS system and animal pelts.

In June, they’re hosting a clean up at Cimarron Canyon State Park in New Mexico, where an old dumpsite that was buried has resurfaced. They plan to contact scout troops, schools and other groups for help.

“My wife and I love the park. There’s quite a bit to haul off. We have a lot of contacts in New Mexico making it the perfect place to go next.”

Riella is so passionate about cleaning up parks, that he recently he quit his job in the home building industry to grow his nonprofit. He wants to expand the program throughout Texas and eventually throughout the contiguous 48 states. They’ve already applied for some grants and have received some donations.

“We’re giving it a shot,” he said with a chuckle.