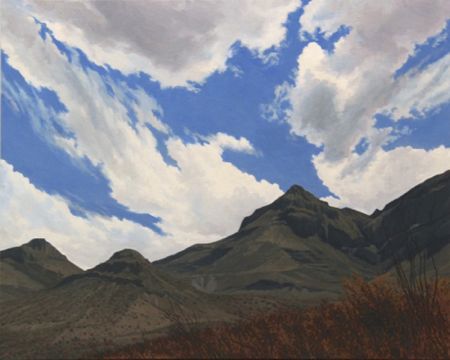 Dennis Blagg's work will be on display at the Dallas Art Fair April 11-13 at the Artspace 111 booth. Above, Goat Mountain. Images courtesy of Artspace 111.

Inside the walls of Fort Worth artist Dennis Blagg’s studio is where the West begins.

There you’ll find the Big Bend region of West Texas painted in every light. 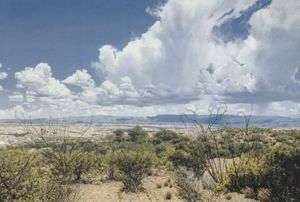 Blagg typically shows his work at Artspace 111 in Cowtown. However, environmentally-minded art lovers can check out his iconic landscapes April 11-13 at the Dallas Art Fair.

Born in Oklahoma City with stopovers in Dallas and West Texas, the longtime Fort Worth resident found something compelling in the rugged vistas of Big Bend long ago.

“I have been painting the Big Bend [area] over the last 35 years,” Blagg says. “Artist Jim Malone was the first one to introduce me to the Big Bend.”

He has painted other landscapes along the way too, including Colorado, Wyoming, New Mexico and some Texas Hill Country and farmland. 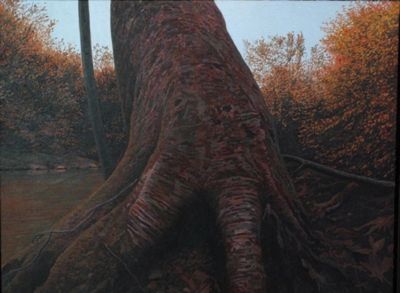 “I have always shared their concern for the untamed wilds of the western landscape,” who said he works from photographs due the harsh conditions of the desert.

Like these American landscape painters, Blagg returns to same subject matter again and again. He tries to visit the desert at least once a year for one week for inspiration. 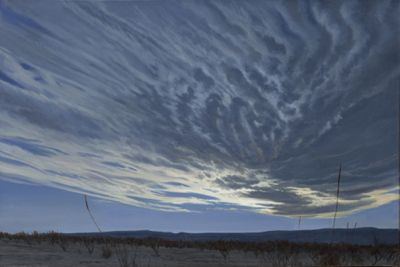 Blagg says that indeed, he does consider himself an environmentalist at heart, but adds that that’s not the motivation behind his paintings. Rather, he compares his work to that of his twin brother Daniel Blagg, who specializes in urban landscapes.

“Dan and I work in a similar field of study: contemporary landscape painting. He paints the desperate face of urban decline while I paint the harsh face of the Big Bend desert. Both of us reflect a gritty reality that reflects a quiet loneliness.” 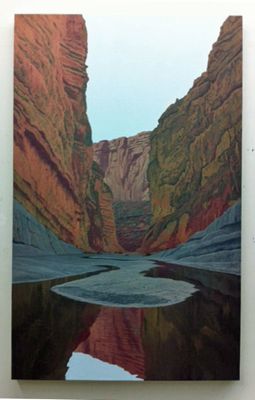 As for a favorite of his recent paintings, he refers to one titled “Sandbar,” which depicts the Santa Elina Canyon at its low water mark.

Blagg hopes his work will inspire others to appreciate our local land and ecology.

"I think any time you paint Nature, that concern for her welfare is always going to be there," wrote Blagg in an email.

“What I would really like to impart to readers [about my work] is that we all live on this small planet and that we need to be vigilant to take care of our land and to do our part to reduce the size of our foot print energy wise and otherwise.”