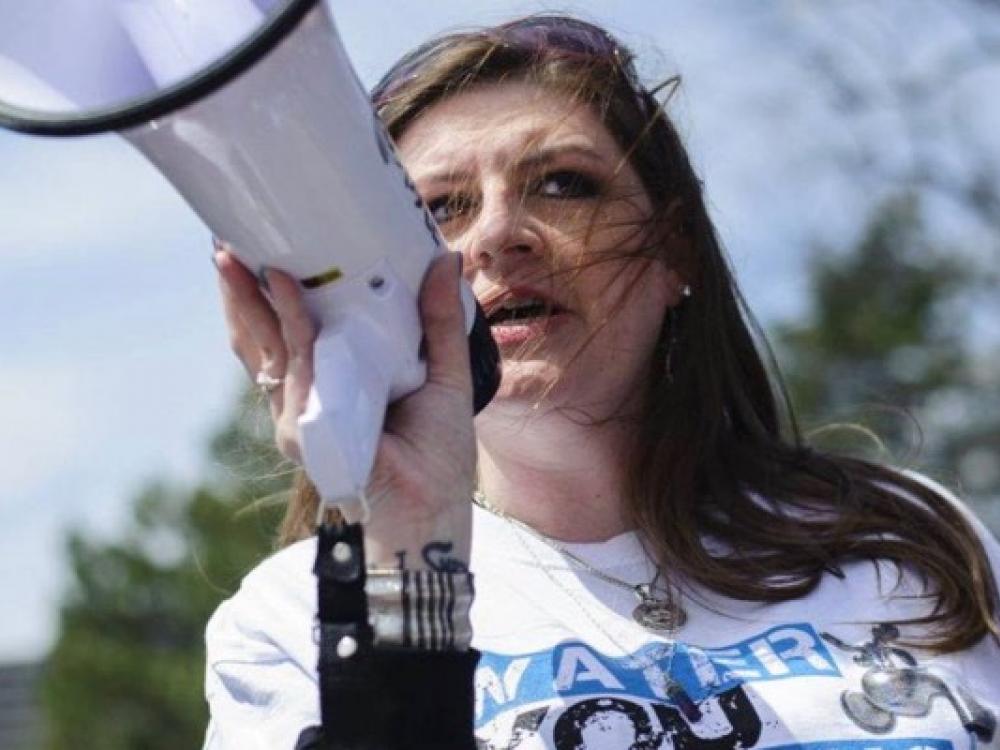 Flint, Michigan clean water advocates Melissa Mays, founder of Water You Fighting For, above, and Nayyiriah Shariff, director of Flint Rising, below, will appear at the Roots and Branch Revue Jan. 24-28. Photos courtesy of Downwinders at Risk.

Two women who blew the lid off of Flint, Michigan’s poisoned tap water coverup are coming to North Texas with a stern warning: don’t trust your elected officials. 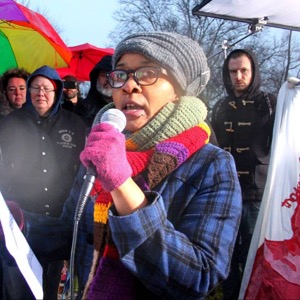 As special guests during the second annual Root and Branch Revue hosted by Downwinders at Risk, Melissa Mays and Nayyiriah Shariff will show how in 2015 they exposed that their city’s tap water was contaminated with lead and sickening the community despite repeated assurance from city officials who claimed the water was safe. The officials’ inaction eventually led Michigan’s governor to declare a state of emergency for the county that includes Flint, more than a year after residents first began to voice concerns.

Their story is a powerful message of hope to anyone fighting against political incompetence and corruption, says Downwinders’ director, Jim Schermbeck.

“We wouldn't know about the Flint scandal were it not for these women and the work they've taken on,” Schermbeck says. “They offer a model on do-it-yourself environmental protection based on sound science from which we can all learn.“

The Root and Branch Revue is “a multi-day floating conference for green activists” with the goal of helping local residents work together, learn how to access the information they need and devise tactics and strategies for getting their concerns addressed.

The conference kicks off at the Angelika Theater at Mockingbird Station in Dallas on at 7 p.m. on Tuesday, Jan. 24 with a free film screening of Above All Else, a first-hand account of the 2014 East Texas Keystone XL Pipeline blockade that sparked nationwide climate change action. 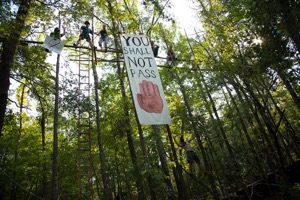 A free screening of Above All Else about the East Texas Keystone XL Pipeline blockade will be shown Jan. 24 following by a panel discussion.

The Flint activists will speak at 7 p.m. on Thursday, Jan. 26 at the Mountain View College Performance Hall in Dallas. During the free presentation cosponsored by Mountain View College, Mays and Shariff will be joined by two North Texas activists who took on fights against lead pollution and political inaction similar to the Flint crisis: Luis Sepulveda, founder of West Dallas Environmental Coalition for Environmental Justice, and Colette McCadden, cofounder of Frisco Unleaded.

The conference concludes on Saturday, Jan. 28 with a full day of workshops from 9:30 a.m. - 5 p.m. at the Bluebonnet Ballroom in the University Center at the University of Texas at Arlington. Admission to the conference is $35 and includes lunch. Dubbed the “1-Day University of Change,” the workshops will cover topics such as “Health Survey Dos and Don’ts,” “Do-it-yourself Water Testing” and “Fighting Permits in Texas” among other presentations. Saturday’s event is cosponsored by UTA’s Collaborative Laboratories for Environmental Analysis and Remediation.

Schermbeck says Downwinders at Risk intends for the week’s events to strengthen the work of anyone who’s trying to take on the anti-environmental and anti-democracy agenda that appears to loom in the current political climate.

“Root and Branch is aimed at those folks who are already in the fight or aspire to be. They don't need convincing to do something, they need help doing it.”

“Root and Branch is aimed at those folks who are already in the fight or aspire to be. They don't need convincing to do something, they need help doing it,” Schermbeck says. “Flint's lead problem is not unlike the lead problems we still have in West Dallas, Cadillac Heights or Frisco, where lead smelters were operated for decades in the middle of poor black and brown neighborhoods. All of these places are examples of environmental racism that were addressed only when the community's own residents took up the tools of science and applied them to their problems. Because the cost of doing hard science is coming down, citizens can apply this model to lots of other situations that need addressing.“

Schermbeck says the first Root and Branch Revue drew about 200 participants to the conference last year. This year’s conference offers the same opportunity to gather and compare notes among activists, with a few changes.

“Saturday's One Day University of Change is the only event returning from last time, and even all of its workshops are brand new with one exception. Tuesday's event will be the first time we've done a film screening and Thursday will be a first for us to talk about Flint and lead in DFW,” Schermbeck says. “That's the way it should be. We want this to be a different experience every year, depending on developments in the news, and the fights going on at the time.”

Also starting in January is the Downwinders at Risk College of Constructive Hell-raising, which is a semester-long class for activists. While they are distinct from each other, both the college and the revue are being hosted by Downwinders at Risk to build up resistance to what some see as an agenda among state and national politicians to roll back the country’s environmental and human health safeguards.

“The College of Constructive Hell-Raising is a systematic, 20-hour, four-month, focused group discussion and training on how to think more like an organizer using all the tools of the trade.” Schermbeck says. “Root and Branch isn't training. You should learn some things at Root and Branch if we do our job, but all the events are one-off affairs that focus on a particular subject -- civil disobedience, citizen science and so forth. Even the workshops are the equivalent of intellectual sample plates. They're meant to whet the appetite of activists by providing points of view or resources they didn't have before.”

“In Texas, we already know how to survive and thrive behind enemy lines. We might have some lessons that the rest of the country could use."

Schermbeck says he doesn’t see the Trump Whitehouse or the present Congress as immovable roadblocks to protecting the public health and our natural resources as long as the people stay alert and make representatives accountable for their actions.

“The future is what we make it. Some of our group's most profound victories have come when the odds were heavily stacked against us,” Schermbeck says. “In Texas, we already know how to survive and thrive behind enemy lines. We might have some lessons that the rest of the country could use. Now is the time to regroup and make ourselves smarter, stronger and more effective. Root and Branch, as well as the College, are Downwinders' modest, but earnest, contributions to that effort.”

Hosted by: Downwinders at Risk

Where: Floating conference that includes -

Jan. 24, 7-9 pm: Film Screening of Above All Else and discussion "When is Civil Disobedience Effective?" Angelika Theater at @ Mockingbird Station, 5321 E Mockingbird, Dallas. Free. 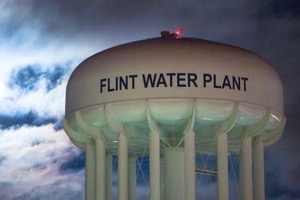