Finding a Renewable Energy Plan this Summer and Beyond 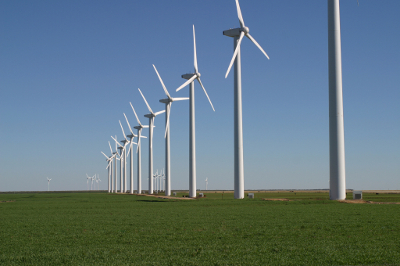 The heat is taking over in North Texas and that means higher electric bills and often times high pollution levels for our air.

But there is a solution for both that should be considered the next time your electric plan is up for renewal--switch to a renewable energy plan.

Pollution-free, renewable energy plans by electric retail providers have come a long way since 2006, when just three providers offered plans at a premium rate over their fossil fuel counterparts.

Today, rates have come down significantly with most plans in the seven to nine cent range—in step with most fossil fueled plans in the North Texas market.

And there are plenty of plans to choose from. Twenty-four electric retail providers are now offering 52 different plans tied to 100 percent renewable sources, according to the Public Utility Commission website, www.PowerToChoose.com.

Electric providers are responding to a public increasingly aware of the environmental benefits of renewable energy, said Russell Smith, executive director of the Texas Renewable Energy Industries Association in Austin.

“Retail electric providers are looking for reasons to bring people into their programs,” he said. “Renewables are a competitive piece for them.”

Renewable energy usage grew to nine percent of total energy consumed in 2011 in the state, up 13 percent from the previous year, according to the Electric Reliability Council of Texas, the grid operator for most of the state.

Wind energy production—the largest piece of the renewable pie—now exceeds 30 million megawatt hours, the highest amount in the nation. On June 19, wind generation reached another record by carrying nearly 18 percent of the total load, according to ERCOT figures.

Smith said by combining the wind power in South Texas with solar arrays—both producing at their strongest during peak usage needs in the state—renewable generation can provide a stable price that acts as a hedge against the up and down pricing of fossil fuels, particularly natural gas.

Renewables also are playing an important role in increasing production for a large state with growing energy needs, Smith said.

“Last year the grid did not have black outs or brown outs,” he said. “South Texas winds played a significant part to see that didn’t happen.”

The lowest rate renewable provider in North Texas last week was a 12 month, fixed plan by Houston-based Tara Energy, showing up at 8 cents per kilowatt hour at the PowerToChoose website.

“We are seeing environmental considerations gaining more and more influence in consumers’ purchasing decisions, and we want to be ahead of that curve,” said Nancy Donnaperna, spokeswoman for Just Energy, the Canadian parent of Tara Energy.

Another leader in the rate war for renewable plans is Houston-based Reliant Energy with a rate of 8 cents on the PUC website for a six month plan.

The TREIA a goal of reaching 20 percent of production with renewables by 2020, Smith said. But he is concerned that favorable tax policies for new renewable production are at risk at both the state and national level.

“I think we had good momentum, but in the last two years there has been a major effort to desecrate renewables in the marketplace,” he said. “Production tax credits are all under attack and we fear this will stymy or possibly terminate renewable generation projects.”

Still, one of the biggest projects to get renewable energy to North Texas, the transmission wires being built to bring West Texas wind farm production to the eastern half of the state, is scheduled to be in place next year, said Terry Hadley, spokesman for the Public Utility Commission.

“That should encourage future development and handle more renewable production to the grid,” he said.

How to Find a Renewable Electric Provider:

Teresa McUsic is an Arlington-based writer focused on consumer, environmental and health issues for a number of local and national publications. Her column, The Savvy Consumer, appears in the Fort Worth Star-Telegram. She can be reached at TMcUsic@aol.com