Here's a wrap-up of the two-day Earth, Wind and Fire Energy Summit hosted by the Dallas Sierra Club in Addison Oct. 4-5.

A panorama of reports on U.S. and Texas energy, both extractive and renewable, unrolled for attendees of the “Earth, Wind & Fire” Energy Summit, organized by the Dallas Sierra Club. The two-day event featuring local and national experts was held Oct 4-5 in Addison.

The latest on energy sources from Big Oil to tiny solar photovoltaic came to light in presentations by 13 leading scientists and energy professionals. Here are highlights, from upside—to downside.

RENEWABLES ON THE RISE 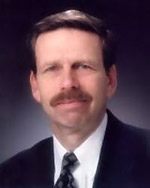 Wind is the fastest-growing. And Texas is a world leader.

“A drought-resistant cash crop,” one wind farmer dubs it. Wind benefits both environment and communities – a local, non-exclusive resource bringing local tax and income revenue, emission-free and using no water.

Solar power, presently an iota of energy nationally and 2 percent in Texas, has great potential for decentralized power, owned locally and even by households, that can generate revenue for users. Kathy Jack of UNT’s Environmental Science department points out solar’s rapid recent expansion for residential use and continued cost decline as capacity grows. 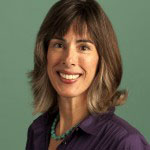 Who knew a power source as hot as the sun's surface lies under our feet? It’s about 6,000 feet down, on average, thankfully, according to Maria Richards, coordinator of SMU's Geothermal Lab.

"The geothermal resources of the U.S. are 10 times greater than the installed capacity of our coal-fired power plants," said Richards.

With less downside: geothermal resources are widely available, can overlap with other resources and with closed-loop extraction systems that recycle water and emit almost no emissions. 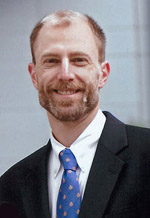 • Increase generation from renewables and nuclear

Texas is currently suing the EPA to forestall these measures, contending that CO2 is not an air pollutant.

Texas has enviable and deplorable status, depending on viewpoint: 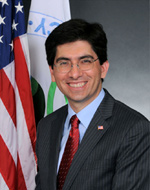 • Leading oil-and-gas producing state in the U.S.– itself second only to Saudi Arabia, says Mark Armentrout, an energy industry veteran. The Texas shale gas boom with fracking yields 1,000,000,000 ft.³ a day. Downside: 60 percent plus of well methane escapes, according to research by New Yorkers Against Fracking.

• U.S.’ largest emitter of greenhouse gases, “off the charts,” per Dr. Al Armendariz, previous EPA Administrator for Texas’ Region 6 and currently a national campaign representative with the Sierra Club. Despite Texas’ 10 percent increase in renewables in the past 10 years, CO2 emissions continue to rise.

Armendariz caps bad news for the day with the current global atmospheric CO2 level:  400 ppm. The CO2 concentration at which scientists agree global warming is not likely to exceed 2C degrees, and life on the planet may still resemble what we know, is 350 ppm. Today's forest fires, extreme drought, rampant heat waves, intensifying storms across the world and loss of human, plant and animal life are occurring at 1 degree.

The good news may be, an audience from points as far as Arkansas, Pacific Northwest and across Texas assembled to follow the ongoing drama of energy in the state and the nation. A drama so much depends on.