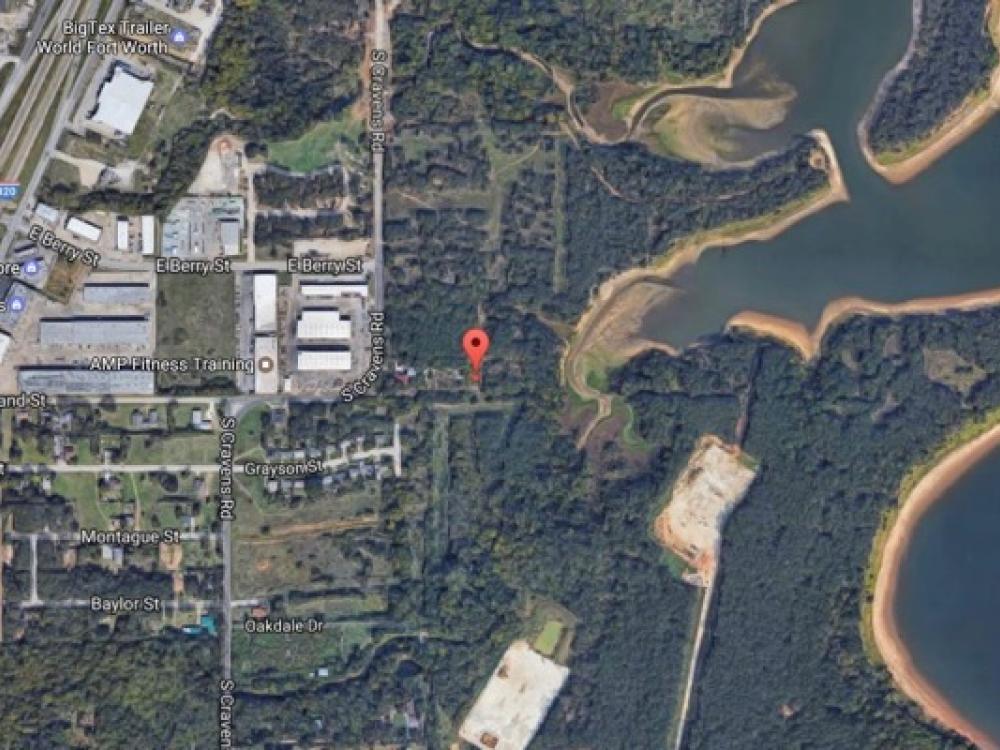 BlueStone Natural Resources II has filed a permit for a proposed disposal well in east Fort Worth, despite local city ordinances banning them.​ Images courtesy of the Arlington Voice.

A natural gas company wants to put a wastewater injection well in east Fort Worth next to Lake Arlington, a major water source for North Texas. The proposed site is located near the intersection of Cravens and Berry Streets, about 9,000 feet from Lake Arlington Dam, according to the city of Arlington. 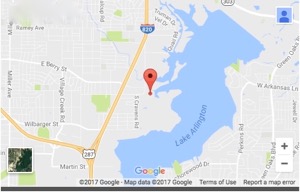 Disposal wells are used to bury deep underground fluid used in fracking that cannot be recycled. The wastewater includes oilfield brine and chemicals used in the fracking process. There are about 8,100 wastewater disposal wells in Texas.

Although, wastewater injections wells are banned in Fort Worth and Arlington, environmentalists and others are worried that the Oklahoma-based energy company will use HB 40 to override those bans.

HB 40 is the state law passed in 2015 that severely limits cities’ rights to restrict the gas industry. It was a pushback to the landmark Denton Fracking Ban and overturned it.

“I’m very troubled by [the proposed disposal well],” said Ranjana Bhandari, one of the founders of Liveable Arlington, a grassroots watchdog group formed in response to gas drilling in the city. “It is very close to the lake which provides drinking water to close to half a million people. I’m concern about contaminated ground water. The water [they’re injecting] is very toxic or they would put it back in the water cycle.”

She said their group has already begun actively opposing the permit. They’ve circulated a protest letter, encouraging others concerned about the well to write to the Railroad Commission of Texas, the agency that regulates the oil and gas industry.

“We are basing our opposition on the possibility of water contamination and earthquakes, and have been relying on these two reports [See Propublica and Science].

Don Young, the founder of Fort Worth Citizens Against Neighborhood Drilling, said permitting the disposal well could encourage even more fracking in high density neighborhoods and discourage positive investment in Fort Worth at time when the population is soaring.

“This idea benefits only the company seeking the permit and harms the well being of everyone else,” he said.

The Tarrant Coalition for Environmental Awareness also announced their opposition to the proposed fracking injection well next to Lake Arlington. TCEA agreed to cosponsor a town hall event in Arlington to grow awareness and amplify concerned citizen voices, said TCEA leader Lon Burnam via email. Additionally, TCEA will work in collaboration with Clean Water Action on the issue.

Meanwhile, the cities of Fort Worth, Arlington and the Trinity River Authority have already filed protest letters with the Texas Railroad Commission. The Fort Worth Star-Telegram gave the proposed disposal well a thumbs down.

“Natural gas wells produce millions of gallons of brackish water and toxic waste,” said the Star-Telegram Editorial Board. “The purpose of BlueStone’s injection well would be to collect that dangerous stuff from the company’s gas wells in the area and dispose of it deep underground. Leaks, a failure of well integrity or earthquakes caused by high-pressure injection could all endanger Lake Arlington.”

The editorial points out that the lake provides drinking water for Arlington, Bedford, Colleyville, Euless, Grapevine, North Richland Hills and, through the Tarrant Regional Water District, other cities including Fort Worth.

A hearing regarding the permit is set for May 24 and May 25 at Railroad Commission headquarters in the William B. Travis Building, 1701 N. Congress in Austin. Bhandari said the out-of-town location puts the protesters at a disadvantage.

According to Ramona Nye, spokeswoman for the Railroad Commission of Texas, they are taking several steps to accommodate the high level of public interest in the case. These steps include accepting public comment in writing or by email until the hearing convenes. Written public comment can be sent to: Railroad Commission of Texas, ATTN: Docket Services, 1701 N. Congress Ave., Austin, Texas 78701 or emailed to: DocketServices@rrc.texas.gov. To be included in the hearing record, public comment in writing or by email must include a person’s name and address and must be received prior to the beginning of the hearing.

Members of the public can speak for three minutes at the hearing. The RRC has secured a larger hearing room with webcasting capability to accommodate a bigger turnout. The hearing will be webcast.

As Fracking Proliferates, So Do Disposal Wells - Texas Tribune