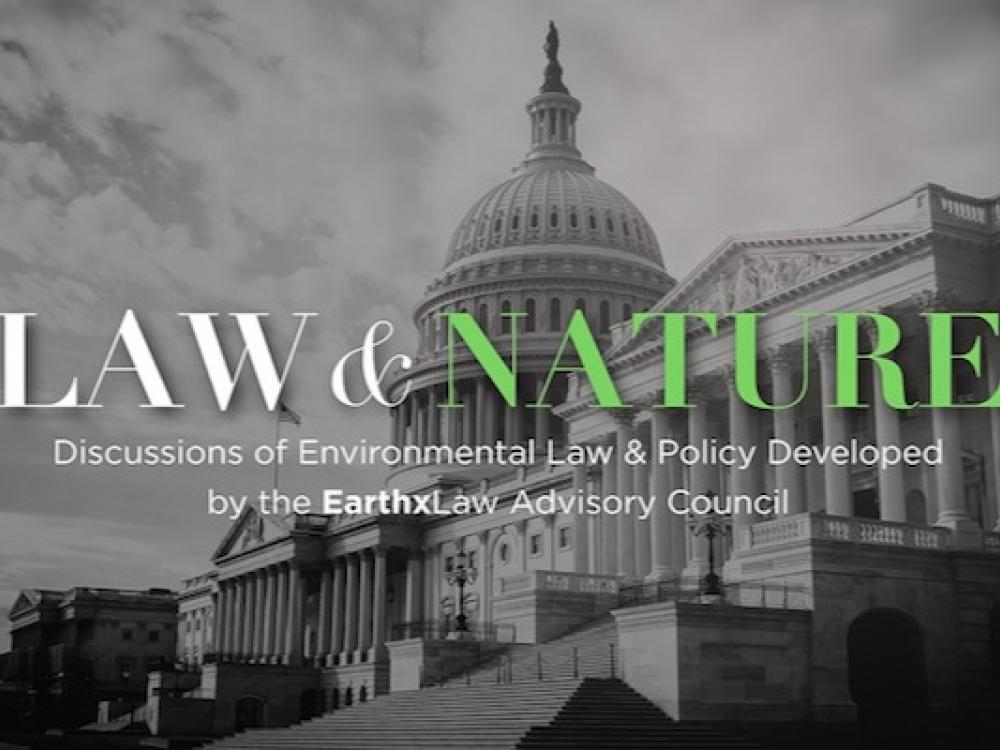 Law & Nature will air an episode how the election outcome could effect environmental law on EarthxTV, beginning Nov. 9. Photo courtesy of EarthxTV.

A new series about environmental law is showing a special “Election 2020” episode on EarthxTV starting next week.

The series Law & Nature: Discussions of Environmental Law & Policy was developed by the EarthxLaw Advisory Council.

The episode, which will air beginning Monday, Nov 9, at 7 a.m. on the new internet platform EarthxTV will dive into what the outcomes of the election could mean for the future of environmental law and the environment.

Dallas-based EarthxTV is a project of Trammell Crow, founder of the annual environmental expo EarthX. EarthxTV was launched online in September.

“The outcome of this election cycle is expected to be unprecedented and will greatly impact the future of the environment and environmental law,” said Jeff Civins, chair of the EarthxLaw Advisory Council and Senior Counsel, Haynes and Boone, LLP, and Adjunct Professor at the University of Texas School of Law. “And this includes more than the presidential election – it is both the federal and state House and Senate elections too. These could have long-lasting implications for our country and the world and how we operate our businesses and live our lives.”

“Election outcomes have a profound impact on the environment,” said Trammell S. Crow, president of the Crow Family Foundation and Founder of EarthX. “I have been an environmentalist since I first learned the word at age 10. And when I began to realize how dire the environmental threats are to my children and future generations, I began supporting environmental organizations and politicians who understand that the best environmental solutions will come not from simply government regulation, but from market-driven, business-led innovations.”

Panelists also engaged in a lively roundtable discussion about the differences between the two presidential candidates on varying topics from water quantity to fracking to climate change, and weighed in on some things to expect from the candidates if elected. The panelists will get together again post-election to take another look at what the election might mean for the future of environmental law sometime later this year.