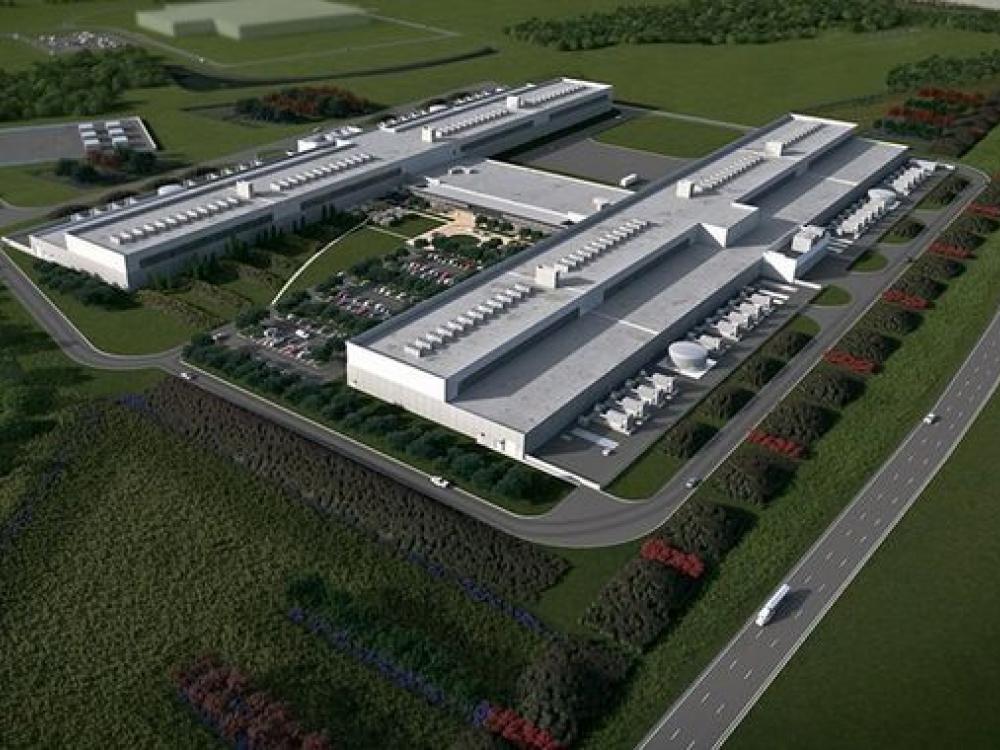 Facebook has partnered with Citigroup and Alterra Energy to build a 202-megawatt wind farm on 17,000 acres in Clay County to power Facebook's new data center in Fort Worth. Courtesy of Facebook.

Environmentally minded from the word “go” is the term one could use in describing the new Facebook data center planned for Fort Worth. And environmentalists will find many features to like about the new facility.

“Facebook’s data centers are among the most advanced, energy-efficient facilities in the world, and Fort Worth will be the latest evolution of our designs," said Sarah Sullivan, a Facebook spokesperson said via email. "The new facility will feature the latest in hyper-efficient OCP hardware; it will be cooled using outdoor air instead of energy-intensive air conditioning units; and it is powered by 100 percent renewable energy, thanks to the 200 MW of new wind energy we helped bring to Texas.”

A groundbreaking ceremony attended by Fort Worth Mayor Betsy Price, Governor Greg Abbott and Facebook representive Tom Furlong was held last month for the $1 billion campus, located near Highway 170 in the Alliance Development.

The first building will be just over 500,000 square feet – 440,000 for the first full-size building and 70,000 for the administration areas (office, café, etc.) attached to it. The buildings will be located on 100 acres, however Sullivan was unable to offer details on the campus grounds yet.

A long-term power purchase agreement has been entered into with Citigroup Energy, Inc., located northwest of Fort Worth, to support the new wind energy project.

According to the Star-Telegram, Facebook has partnered with Citigroup and Alterra Energy to build a 202-megawatt wind farm on 17,000 acres in Clay County, about 100 miles northwest of Tarrant County. Facebook will not own the wind farm, but will buy the power.

“Because our wind project with Citigroup will add 200 MW of renewable energy to the grid in Texas, enough energy to power more than 60,000 average Texan homes, it is a “win-win” for Texas, as well as Facebook,” Sullivan added.

Facebook has four data centers, located at Prineville, Ore.; Forest City, N.C.; Lulea, Sweden; and Altoona, Iowa. The Fort Worth data center will join Altoona (100 percent wind) and Lulea (100 percent hydro) as being powered entirely by renewables. Sullivan says that they expect to reach their goal of 25 percent renewables in their overall mix by the end of 2015, and are setting a new short-term goal for the mix: 50 percent renewables by the end of 2018.  Long-term, hopes are to power all data center operations with renewable energy.

As for why Fort Worth was chosen out of 220 cities for the data center site, among other things, Sullivan said it made sense in terms of location, given that it was near Citigroup Energy, Inc., which offered a lot of economic wind deals.

Also welcomed is the economic boost that the project will bring to the area. At least 40 full-time employees will be hired, and at least $500 million will be invested. Construction has already begun, with a completion date in late 2016.

Information shows that data centers generate “multiplier spending effects” that benefit workers and business owners in other sections of the local and regional economies. Data center construction generates hundreds of millions of dollars in economic impact beyond the amount directly spent by the company and typically supports thousands of jobs over multiple years (not just construction jobs – the number includes jobs supported through data center supply chain). There is often a “follow the leader” effect – once one large data center project locates in an area, others follow shortly thereafter, as do their vendors.

“We are excited to welcome Facebook to the Fort Worth business community, thanks to their environmental sensitivity and focus on volunteerism," said Fort Worth Mayor Betsy Price. "Like Facebook, we believe that a connected community is crucial to health, engagement, transparency and wellbeing.”