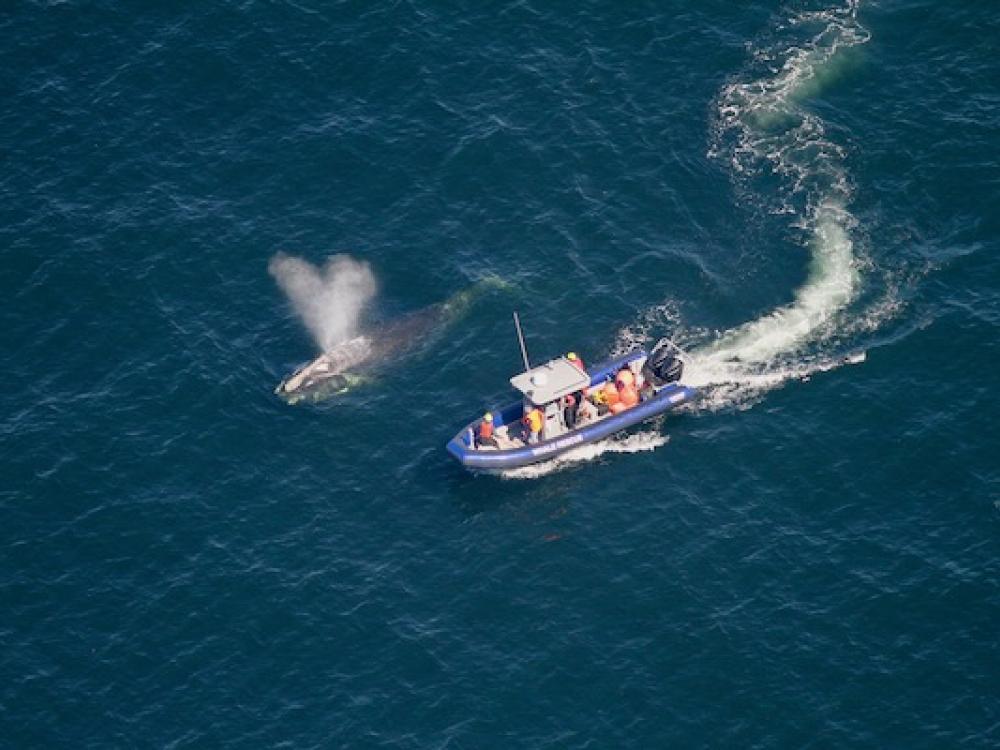 The environmental film fest will feature in-person and virtual screenings April 16-25. Photo courtesy of 'Entangled,' which is screening on April 24.

With social distancing still a part of life, EarthxFilm is gearing up to host a hybrid version of the Dallas-based environmental film festival starting next week.

The fifth annual event, hosted by EarthX, will kick off April 16 with 10 days and nights of drive-in, outdoor and online screenings thru April 25. (See full schedule.)

The film fest was created in conjunction with EarthX's annual exposition founded by environmentalist and businessman Trammell S. Crow in 2011. The film festival launched a few years later in 2017 with a mission to showcase films and emerging media that explore science, conservation, climate change, and the environment while honoring the heroes working to protect our planet.

This year's opening night for EarthxFilm will showcase one of those heros with a drive-in presentation of Sally Aitken’s Sundance favorite Playing with Sharks, about the charismatic and groundbreaking diver Valerie Taylor.

Ben Masters' new film American Ocelot is showing at the 2021 EarthxFilm. His film The River and the Wall was a highlight of the 2019 festival. Photo courtesy of Ben Masters. 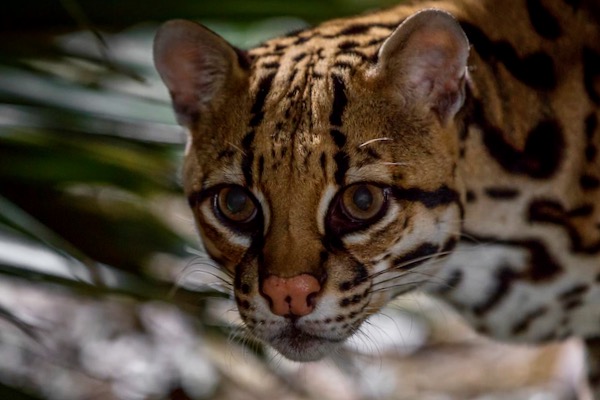 Closing night will feature the world premiere virtual presentation of Clark Johnson’s Percy Vs. Goliath, starring Christopher Walken, Adam Beach, Christina Ricci, and Zach Braff. Executive produced by NBA champion Dwight Howard, this true-life story tells of a farmer taking on a multi-national corporation over the impact of GMOs on his livelihood.

“Over the course of the past year, EarthxFilm has worked to adapt and innovate the way we present environmental stories and messages to the world,” said Michael Cain, cofounder and president of EarthxFilm. “With over 12 million views since EarthxTV’s launch in September, we have seen great success with our online presentations, and we are excited to safely share these inspiring films with audiences in a public space once again.”

David Holbrooke, EarthxFilm artistic director, adds, “While environmental issues have been less in focus because of the relentless news cycle of the last year, we know at EarthX that these challenges are no less urgent. That is why we are so grateful to our many daring filmmakers and planetary heroes who have continued their work to bring us essential stories that will inspire our audience into action.

The 2021 EarthxFilm festival actively supports filmmakers through the payment of screenings fees and facilitating audience donations to their causes. In addition, cash prizes totaling $25,000 will be awarded to filmmakers and through impact grants to environmental organizations showcased in the films.

Environmental justice advocates should check out Christi Cooper’s Youth V Gov. The story follows a groundbreaking lawsuit filed by America’s youth against the U.S. government, asserting it has willfully acted over six decades to create the climate crisis. The film was supported throughout its production by EarthX via a filmmaker residency and financing assistance.

Additional highlights include the award-winning film 2040, Damon Gameau’s visual letter to his 4-year-old daughter, a vision board of how environmental solutions could regenerate the world for future generations; David Abel’s Entangled, about how climate change has accelerated a collision between the nation’s most valuable fishery, and a federal agency mandated to protect both; and Beverly & Dereck Joubert’s Okavango: River of Dreams, a film about the Okavango River in Botswana, seeing the animals and people that use her, as well as those who are victim to the changes, brought about by her. 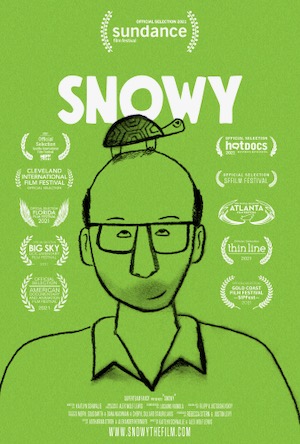 'Snowy' is one of several short features focused on animals. Courtesy of Snowy.

Among this year’s lineup are two Texas-themed films screening back-to-back, Ben Masters’ American Ocelot, about the endangered wild cats, and Nicol Ragland’s Trans Pecos, which looks at the issues of land and water rights in far west Texas.

A group of animal-focused, family-friendly short films will include Ami Vitale and David Allen’s Shaba, about an elephant sanctuary in northern Kenya; Richard Reens’ Pant Hoot, about a genocide survivor transcending overwhelming odds to become a master chimpanzee linguist; Kaitlyn Schwalje’s Snowy, a whimsical look at a pet turtle’s happiness; and Dominic Gill’s The Linesman: Both Sides Matter, which is the story of one man’s mission to end the human-elephant conflict in Myanmar.