One day a year is devoted to focusing on the planet, but Earth Day Texas wants more North Texans to celebrate Earth Day every day. That’s why the nonprofit known for organizing the biggest Earth Day celebration in Texas is launching a new program called “Earth Day Monthlies.”

The series, nicknamed EDMo, will be a collaboration between Earth Day Texas and an eco-focused K-12 school in North Dallas called the Westwood School. The goal is to “grow ideas together,” in an effort to make eco-conscious thinking a part of daily life for North Texans. 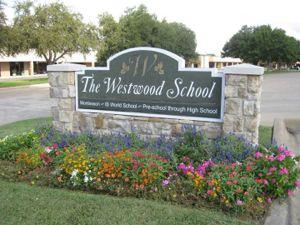 Earth Day Texas is partnering with the Westwood School in Dallas to create "Earth Day Monthlies."

“At our core, EDTx is an environmental education organization. We had been wanting to start a year-round event series for a while now, the goal being to extend our platform and ‘make every day Earth Day.’ In the past, we’ve been present only once a year, but the kinds of conversations and brainstorming that happen at Earth Day Texas should be happening all the time to initiate real change.”

The Westwood School took the initiative and developed the Earth Day Monthlies program, said Mock, making it easy for Earth Day Texas to plug in its resources and manpower to make it a reality.

All of the EDMo events are slated to take place at local breweries, which Mock said will be a fun way to highlight sustainable lifestyle solutions in action. The events will cater to the 21-plus crowd, rather than just families.

“Overall the idea is to provide an event series for the loyal followers at Earth Day Texas, Westwood parents and donors, and introduce newcomers to both organizations,” said Mock. “As a platform for sustainability and environmental reform, we want to help stimulate those efforts and these monthly series are our way to start providing the same engaging programming that you find at Earth Day Texas, but on a more regular basis.”

Also in the works is a film series collaboration with TEDxSMU, the events arm of Southern Methodist University, that will be designed to highlight environmental documentary films.

Earth Day Texas will work with TEDxSMU to launch an environmental film series.

“Approaching SMU about initiating that event series, especially with the strength of the TEDx brand behind it, was a no brainer,” said Mock. “They have worked with other nonprofits in North Texas to put on film screenings, similar to our series, with great success, so we knew we were in good hands.”

The two series are separate initiatives, said Mock, however the purpose is the same – environmental education. 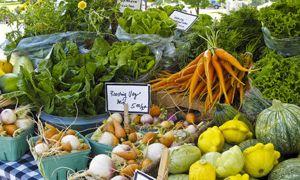 While the collaboration with TEDxSMU and EDTx is still being “nailed down” Mock said the EDMo event with the Westwood School will take place every third Thursday of the month, beginning Sept. 17 at 6:30pm at Craft and Growler at  Fair Park, 3601 Parry Ave in Dallas. This month’s panel of expert speakers will be discussing sustainable food for the masses as well as how local food is a source for social good in Dallas County. The panel of foodies will include Lori De La Cruz from Mountain View College, Chad Houser from Café Momentum, Katherine Clapner from Dude Sweet Chocolate, Dustin Thibodeaux of Slow Food and the Director of Science & Ecology at The Westwood School, Aaron Greenall.

The first EDMo event will be held Sept. 17 at Craft and Growler. The topic is sustainable food.