Texas is known for doing everything bigger and better. The sixth annual Earth Day Texas to be held April 22-24 at Fair Park in Dallas aims to prove that again, with help from big-name speakers in the environmental movement, including Robert F. Kennedy, Jr. and Karenna Gore.

Earth Day Texas was established in 2011 by Dallas environmental philanthropist Trammell S. Crow and has grown to become the largest annual environmental exhibition and programming initiative in the world. 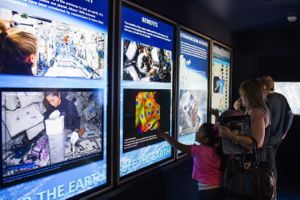 And while Earth Day Texas has always provided a fun, interactive space to learn about environmental solutions and initiatives, this year, EDTx is increasing the event’s emphasis on breakthrough discoveries and refocusing on the latest and greatest innovations. This will be evident in the exhibitor displays, the speaker presentations, the film series line-up and family activities.

“This year we will claim our position as a nationally recognized destination where people and leaders from America – and the world – come together to learn about inspiring breakthroughs and solutions that will help us create a more sustainable future,” said Crow.

Speakers will be as diverse as space architects to environmental activists to nationally recognized keynote speakers. 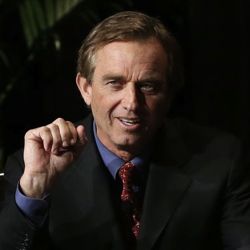 “Speakers that stand out to me are definitely Constance Adams, google her, she’s a space architect and so cool and Cengiz and Mihri Ozkan – inventors of a bikini that cleans the ocean of pollutants while you swim,” said Jillian Mock, communications associate for EDTX.  “We also have some great keynote speakers from political dynasty families, Ted Roosevelt IV, Robert F. Kennedy, Jr. and Karenna Gore

On Friday, Roosevelt IV, the great grandson of the American president will talk about a clean tech initiative. He is the board chair of the Center for Climate and Energy Solutions and secretary of the Climate Reality Project. And there is Robert F. Kennedy Jr. who was named one of Time magazine’s “Heroes for the Planet” for his success helping Riverkeeper lead the fight to restore the Hudson River.

As for vendors, it is estimated that this year, there will be an estimated 1,600-plus exhibit spaces occupying 750,000 square feet of indoor/outdoor exhibit space in Fair Park.

For the first time, EDTx will offer an extensive selection of beer and food from the most sustainability-minded epicureans and breweries too. EDTx will unveil a new partnership with Untapped Beer Festival and Savor Dallas, two of the region’s most celebrated festivals of food, beer, wine, spirits and live music.

In addition to local event partnerships, EDTx is working with the LA-based Environmental Media Association to launch a brand new fundraising gala and film series at Earth Day Texas 2016. 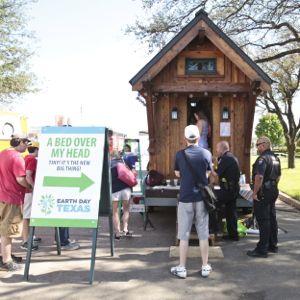 Earth Day Texas is also going to host a Tiny House Village. For the past two years, EDTx has hosted BA Norrgard and her tiny house, “A Bed Over My Head.” This year, BA is bringing some friends and there will be an entire display of tiny houses at Earth Day Texas for people to tour, explore, and learn more about living large in a small space.

In addition, local environmental nonprofits, including GreenSourceDFW, will be vying for a total of $25,000 during the Earth Tank competition, a take-off of Mark Cuban's show, which will be held Sunday at 1 p.m.

“Earth Day Texas believes that the future is bright,” said Mock. “We’re tired of the apocalyptic narratives and are ready to build a better world. This is really the only event where you can come and interact with some of the most exciting innovations and brightest minds making that future possible. It also doesn’t hurt that it’s a lot of fun. You will learn, yes, but it’s also a diverting and relaxing way to spend a weekend.”

Friday kicks the event off with a speaker’s series, an electronic recycling drop-off center, a green toy display and even a Fishackathon, which will be kicking off Earth Day 2016 by the U.S. Department of State with volunteer coders, technologists, and designers spending the weekend developing usable solutions to problem statements solicited from fisheries experts around the world, to name a few.  Even better, this year EDTx expects to break attendance records expecting more than 75,000 people to come and learn more about caring for the environment.

Corporate leaders to partner with environmentalists for Earth Day 50 Challenge

How to celebrate Earth Day in North Texas