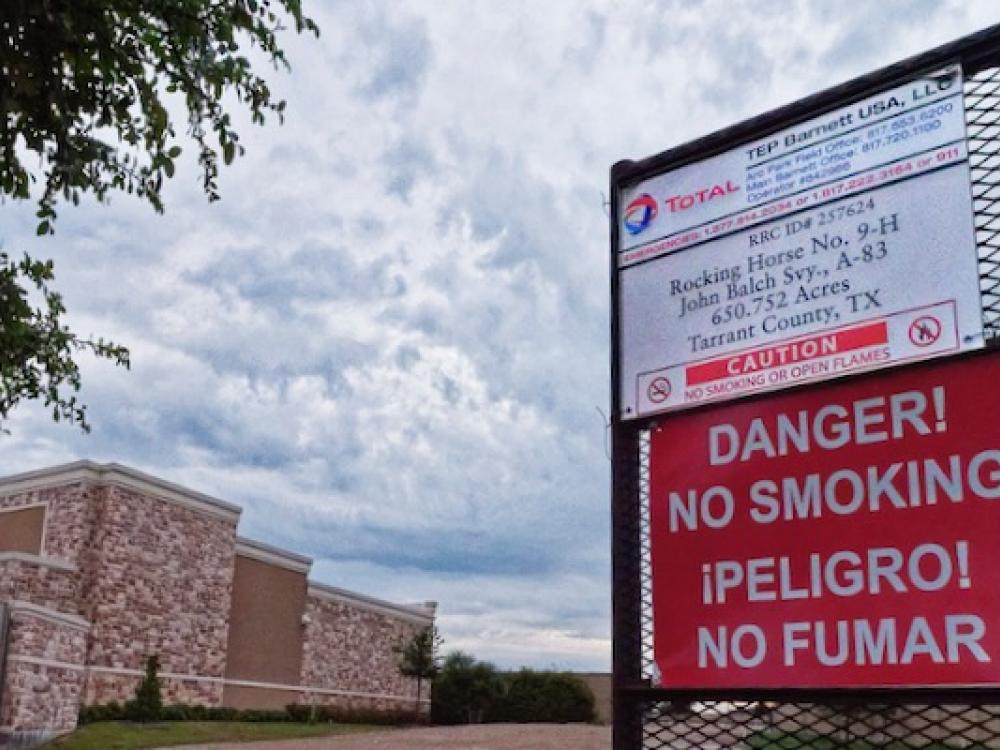 Liveable Arlington alerted the city's gas well inspector to a violation at the Rocking Horse drill site, which resulted in shutting the site down. Photo by J.G. Domke.

The Rocking Horse drill site in Arlington was shut down this week after some fracking watchdogs caught operators violating the city’s gas drilling ordinance.

Ranjana Bhandari, leader of Liveable Arlington, said the grassroots group has been keeping a close eye on the operation at 4945 South Collins Street, where new drilling is in progress. 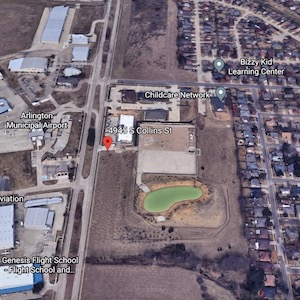 Located across from Arlington Municipal Airport, the Rocking Horse site was established in 2009 and is named for a nearby preschool that has since been renamed to Childcare Network.

The drill site is now operated by TEP Barnett, the Fort Worth affiliate of Total, the France-based oil and gas giant which took over Barnett Shale operations in North Texas from Chesapeake Energy in 2016.

This summer, TEP Barnet got a permit to drill seven new wells in a drilling zone on the property within 359 feet of the preschool.

The approval on Aug. 7, came just two months after the Arlington City Council denied the company’s request to drill new gas wells near another day care center, located in a predominantly Latinx and African-American residential neighborhood in east Arlington.

Bhandari surmised that black smoke meant the operators were using a gas-powered rig. That went against the city of Arlington’s gas drilling ordinance, which was updated last February. The ordinance now requires companies drilling within 600 feet of schools and homes to use electric rigs.

“This is pretty serious to me because this drill site is right next to a preschool,” said Bhandari. “We’re in a respiratory pandemic and this is how they’re behaving?”

A video by Tammie Carson of smoke rising from a gas-powered drilling rig operating at the Rocking Horse well site in Arlington. Courtesy of Liveable Arlington.

Bhandari called Tom Edwards, the gas well coordinator for the city of Arlington. After reviewing Liveable Arlington’s video, he dashed over to the site and determined Bhandari’s suspicions were correct.

“It took about three phone calls and an engineer showing up at the site,” he said.

He informed TEP Barnett they were violating the ordinance. The operators said they were only drilling surface holes with the truck-mounted gas-powered rig and were planning to bring in a larger electric rig to do the more heavy drilling. Edwards said surface holes are typically drilled to around 1,200 feet, a fraction of the finished well site, which is 12,000 to 14,000 feet.

Edwards learned they were on hole number five and he let them finish drilling it before shutting down the operation.

Edwards, who is in charge of inspecting Arlington’s 52 gas well sites, said he’s required to inspect them quarterly but sometimes checks on active ones daily. 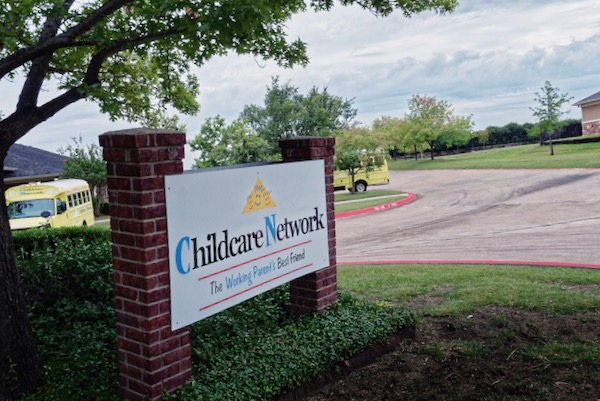 Childcare Network, formerly the site of a preschool, for which the adjacent Rocking Horse well site is named. Photo by J.G. Domke.

Sometimes the inspections are simply drive-bys. They look for anomalies: a leak that’s been reported, a gate open, a fence down, illegal dumping.

He estimated the gas-powered rig had been operating from Nov. 7 to Nov. 16, nearly 10 days.

Bhandari admitted it was not easy to detect where the smoke was coming from, even when she was staring at it.

However, she said the incident is emblematic of the brashness of an industry, to which very few are paying attention.

“This was happening in plain site yet they thought they could get away with it.”