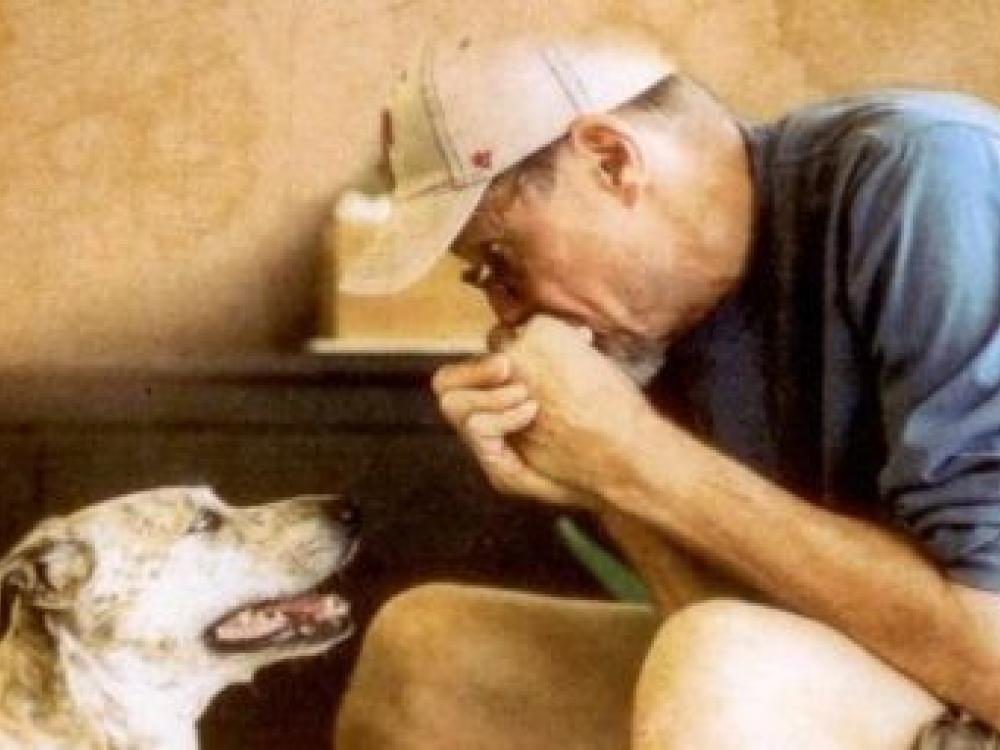 Dallas eco-preneur Tom Kemper named his green retail business Dolphin Blue after one of the most charismatic animals in the world. But it was a stray mutt he found on a Texas highway that gave him a new sense of purpose in recent years. Kemper shares the story in a new documentary called Harpman, Hank and the Spirit Guide.

In 2013, Kemper stepped into the world of filmmaking when he produced the environmental documentary Cry Heard ‘Round the World . That’s he hired local filmmakers to document the journey of activists traveling from Texas to the historic Climate Rally in Washington, DC.

The next year, he hired the same filmmakers to chronicle his personal journey dealing with Parkinson’s and the dog Hank, who’s accompanied him throughout the illness.

The first public screening of the film Harpman, Hank and the Spirit Guide will be held March 29, 2016 at 7 p.m. at the Studio Movie Grill, NE Corner of Royal @ Central Expy in Dallas. Following the free screening, there will be a panel discussion featuring Mike Miles from Dallas Area Parkinsonism Society; Elise Bissell, founder of Take Me Home Pet Rescue; Denette Mann, LPC-S, RPT-S, a child therapist who uses a dog in her practice; and filmmakers Joseph Capps and Elliott Gilbert. And of course Kemper and Hank, the canine star of the film, will be there. 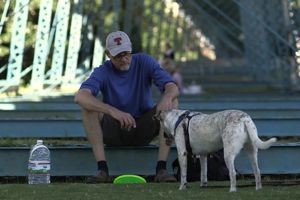 The movie follows Kemper and Hank as they travel to Chattanooga, Tenn. to compete in the Skyhoundz World Canine Disc Championship, held in October 2014. Kemper, who has been battling Parkinson’s disease since 2008, found Hank as a puppy shortly after he was diagnosed with what he thought was Lyme’s disease. He was on his way home from a therapy workshop in San Antonio where he had been lamenting about not having a dog in his life. On the way back to Dallas, he and his wife Margaret were woken in their RV at a roadside rest stop by the sound of a car door slamming and a car speeding off. They discovered a puppy had been abandoned outside their door.

That was the beginning of a beautiful friendship.

“I think he was dropped there to meet me,” said Kemper. “He’s another spirit, an angel sent here to help me.”

“I would throw tennis balls at the garage door and he would catch them before they hit the wall,” he said. “It was like having the best short stop in the world.”

Kemper wondered if he could catch a frisbee and after watching a training video he began training Hank to be a disc-catching dog.

“I realized this dog is special,” he said.

And in 2012, the pair entered the Skyhoundz World Canine Disc Championship qualifying event in Colleyville. To Kemper’s amazement, they made the cut. However, Kemper’s health took a turn for the worse and he couldn’t complete in the tournament. His health hit a new low the following October in 2013, when he suffered a near death experience.

During the otherworldly experience, he realized he still had some things he wanted to accomplish.

“I felt an amazing sense of peace, a total saturation of love,” he said.

Emboldened with a new sense of purpose, he grew stronger.

Among the things left undone was taking Hank to the disc championship that they had missed out on in 2012. 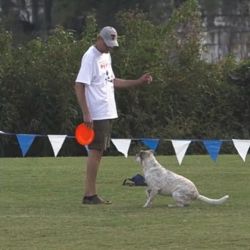 However, in 2014, Hank also had a near death experience when he got entangled with another dog and was nearly choked to death by his twisted collar. Kemper said he pumped Hank’s lifeless body like a bellows until he started breathing again. Hank too returned from the brink of death.

Now Kemper was more determined than ever to take Hank to the disc competition in Chattanooga.

Wanting to document the historic moment, he hired two of the filmmakers who had worked on his first film, Joseph Capps and Elliot Gilbert, to tag along with their cameras.

It was Capps who drove Kemper and Hank on the 800-mile trip to Tennessee and listened to Kemper’s story.

“You spend 12 hours in the car with somebody, you learn a lot,” said Capps.

Capps said he knew right away that the film was not about winning the competition.

“There’s the whole spiritual side to what he’s going through.”

Without revealing the end of the movie, Capps said he’s amazed at what Kemper accomplished.

“This is about a man who set out to accomplish what he didn’t think he was physically able to do.”

He said what Hank did was equally amazing.

“This is a house dog, someone’s canine companion, competing against dogs bred to win the event.”

As a result, the filmmakers’s interviews with Kemper discussing his illness and his relationship with Hank are even more compelling than the revelation of how the contest ends.

“This is a story about a guy who's lost and still trying to figure out life and what his purpose is. I thought I knew,” he said “I’ve been on a journey that’s filled with a lot of questions. As more questions are answered, more questions appear… It’s been amazing.”

As for his four-legged sidekick.

"This is a story about an angel who appeared on the side of the highway who came in the form of a dog," he said. “Animals are here to teach us.” 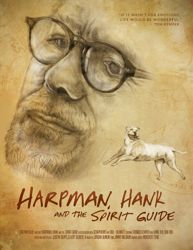 Harpman, Hank and the Spirit Guide

Cost: Free. Plus all attendees will receive a promo code for free downloads of the movie and the soundtrack 'Harpman Flys' by musician Jimmy Baldwin.