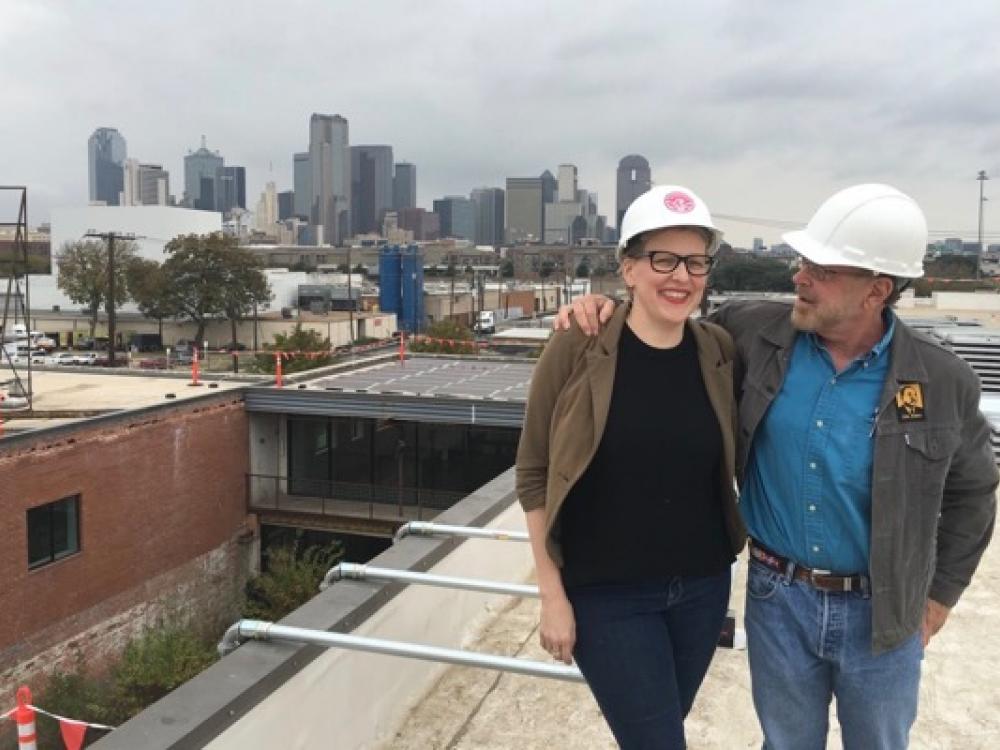 A DFW clean air advocacy group is helping make an eco-friendly mixed-use renovation in Dallas even more green by powering it with solar.

Downwinders at Risk’s Sue Pope Fund for Pollution Reduction is awarding its final grant to 1808, a Dallas mixed-use development, and its partner, GoodWork, Dallas’ newest and greenest coworking spaces set to open in January 2018, with $300,000 worth of rooftop solar panels. Electricity generated by the array is expected to supply a significant portion of the building’s power demand.

Administered by the board of Downwinders at Risk, the Fund is named after the group’s founder. In 2006 Sue Pope’s holdout on a permit renewal at a local cement plant was rewarded with a court settlement, including a trust of $2.3 million to finance new North Texas clean air projects. It’s the largest fund of its kind in Texas, and the only one directed entirely by citizens.

Downwinders’ current board recently voted to closeout the Fund by awarding a final grant to 1808/GoodWork in support of its developers’ vision of providing a more sustainable model for coworking spaces.

Located at 1808 Good-Latimer Expressway in the Cedars, just south of the Dallas Farmer’s Market, the 1808 project is a unique development combining the coworking entrepreneurial spirit with green design inside and out. Lead Gary Olp, FAIA, LEED Fellow already had a reputation as one of Texas’ premier “green” architects when he took on the task of repurposing the 60,000-square-foot mid-20th century industrial warehouse into a modern office and loft living space. He’s using the opportunity to build himself a new office, incorporating many elements he has been offering clients for years.

Cofounder Amy King worked at the U.S. Green Building Council in Washington, DC and believed Dallas was ready for a coworking space that emphasized sustainability, wellness and responsible business practices. GoodWork’s will be the first LEED certified coworking spaces in Texas and the first WELL CertifiedTM coworking space in the world.

GOING OUT WITH A SOLAR BANG

Since 2006, the Pope Fund has granted $2 million to 24 clean air projects in North Texas, including purchasing a hybrid school bus for the Midlothian ISD, buying air conditioning for the McKinney Avenue Trolleys so more commuters would ride them in “ozone season,” old for new lawn mower exchanges in Dallas and Plano, the first mass transit in modern Arlington history, energy efficiency upgrades at Fort Worth’s Child Study Center, smart cars for City Hall in Mansfield and a block of solar-powered homes near Fair Park.

Learn more about the origins of the Sue Pope Fund.

The Pope Fund was the last remnant of a “good neighbor” court settlement negotiated between Downwinders at Risk and Holcim Cement’s Midlothian plant after the facility illegally increased its smog-forming pollution.

Downwinders’ director Jim Schermbeck said issuing the final grant was a bittersweet finale to a historic chapter in the group’s history.

“We’re sad to finally run out of money but glad we could spend it on something so high profile. We’re confident the array will become a signature piece for GoodWork and a great advertisement for solar power.”

Still living on the same Midlothian ranch she has resided on for decades, Sue Pope gave a ringing endorsement to capping off her to her namesake fund with the Goodwork grant.

“Each day we witness the reasons for which we must change our way of doing things in order to protect our earth. Contributing to GoodWork’s will be very productive for everyone. I already have 45 solar panels on my house roof.”

Green coworking space to open in downtown Dallas in 2018