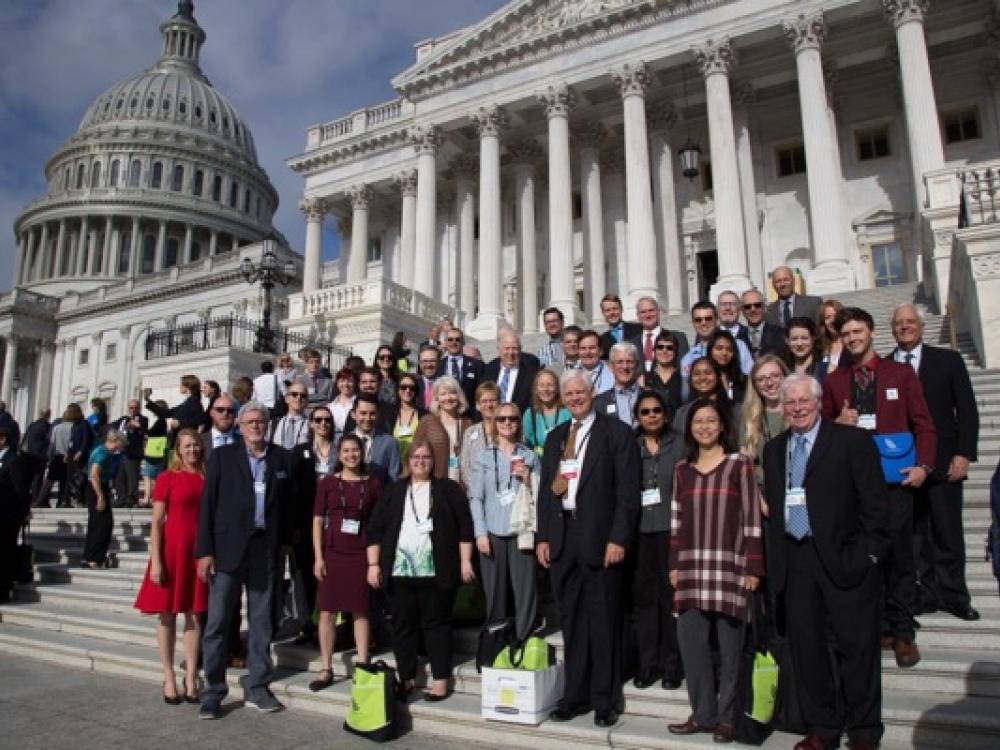 The Texas delegation of Citizens' Climate Lobby took more than 1,000 handwritten letters to Sen. Cruz’s office and nearly as many to Sen. Cornyn’s office. Photos courtesy of CCL DFW.

Local activists from Citizens’ Climate Lobby were upbeat after returning from CCL’s annual June Lobby Day in Washington. Earlier this month, they joined 1,300 volunteers from the nonprofit on its annual trek to DC to lobby Congress for climate action.

Ricky Bradley, founder of the North Texas’ first chapter in Dallas, says the tide is slowly turning in favor of CCL’s plan to cut carbon emissions and speed a U.S. transition to renewable energy. Its carbon fee-and-dividend proposal is a solution favored by conservatives in growing numbers. 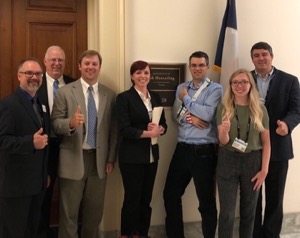 “1,300 volunteers from across the country came to the Lobby Day conference, and 1,200 lobbied Congress members,” Bradley said. “We gained four new members for the Climate Solutions Caucus. Now CSC has 82 Congress members.”

The Climate Solutions Caucus, equal numbers of Republican and Democrat members of the House of Representatives, meets monthly to brainstorm policy to address climate disruption.

“To join, Republicans have to bring a Democrat” and vice-versa. ”It’s not an ideological caucus,” Bradley smiled.

The Climate Solutions Caucus began in 2016 after a long effort begun by a Pennsylvania CCL volunteer, who ultimately went to flood-prone Florida and talked to House members in their home districts, until enough of them saw fit to support a New York Republican’s climate resolution. The ice was broken, and an ongoing dialogue began.

Under CCL's core proposal, the carbon fee-and-dividend, carbon dioxide emitters pay a fee collected by the government. Unlike a tax, the money - the dividend - goes to consumers. The resulting price increase on fossil fuels would shift the market in favor of renewable energy. CCL’s proposal is backed by economic data from two respected, nonpartisan research firms. 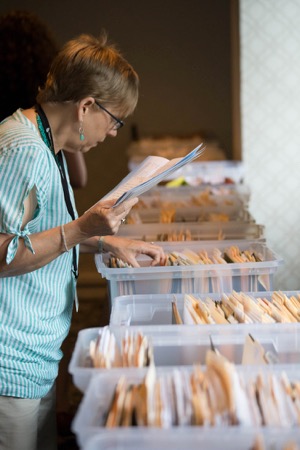 The dividend protects consumers from higher fuel prices, especially the most vulnerable poor and low-income earners.

“A 100-percent full rebate back to American households is the strongest solution that conservatives will get behind,” he found. “Most other carbon-pricing proposals are focused on taking the money to use it for things like R&D, for renewable products, or tax credits to certain groups and individuals. It’s all over the board.”

“Very conservative members of Congress tell us, that’s a nonstarter.”

CCL’s Texas faction took more than 1,000 handwritten letters to Sen. Cruz’s office and nearly as many to Sen. Cornyn’s office.

“These were actual letters from constituents, not petitions.” 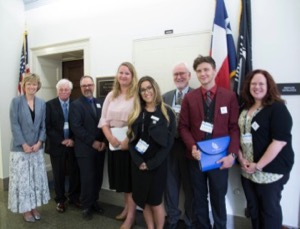 What were the volunteer lobbyists’ goals?

“Given that the House may change hands in the fall, our main ask this year, especially to Democratic offices, is to keep working for bipartisan solutions. So that we can bring people together, versus using it as a partisan issue that scores points but drives us further apart.”

DFW CCL members met at the office of Rep. Kay Granger (TX-12), who represents Fort Worth.

“That is usually an ‘Aha!’ moment with people.”

CCL delegates met with scores of staffers, educating aides whose focus is environment or energy.

“Congress people can’t possibly meet with everyone, they rely on their aides. So we want them to have this plan in the quiver when decision time comes,” said Bradley.

He shared some fee-and-dividend basics from those staff-education meetings with Green Source DFW.

“There is this notion that pricing carbon hurts the economy. If you didn’t return the revenue, yes, that would be a net negative…But if you get it back, it has a stimulative effect on the economy.”

“An extraction industry like oil and gas, it’s very capital-intensive. It takes a lot of money to get that product out of the ground and deliver it to people. If you begin using less of it because the price is rising, and as it rises you give more of it back to American households, then about any study that’s ever been done shows that, when people receive money, the first thing they do is use it for healthcare, for home improvements.”

“They use it on the consumer side of the economy, which is 70 percent of our GDP.”

“They spend it on labor-intensive industries, healthcare, retail, construction, going out to eat. That’s why [carbon fee and dividend] has a net stimulating effect on jobs.”

Bradley summed up the principle of fee-and-dividend plans that CCL volunteers lobbied for, and that Climate Solutions Caucus members are considering for future bills, in one sentence.

“We are accounting for the cost of fossil fuels, the damage that it is doing to society, making [fuel prices] reflective of that cost, all the while renewables are becoming cheaper every day, so we are speeding the transition.”