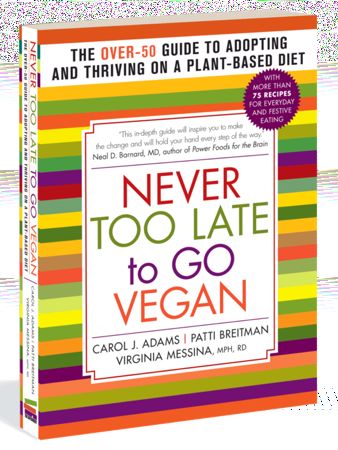 Veganism has become something of a buzzword lately. First Bill Clinton, then Al Gore, came out publicly as vegans. Woody Harrelson is a longtime vegan, while recently celebrities Beyonce and Jay-Z made the headlines when they announced they were trying the animal-free diet this year.

Although the lifestyle is more often associated with 20-somethings, Richardson-based author Carol Adams says a plant-based diet is a good fit for the over-50 crowd. That’s why she’s targeting aging baby boomers with her new book,  Never Too Late To Go Vegan. 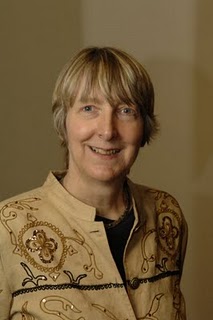 “Everybody talks about young people going vegan,” said Adams. “We thought it was time to let other generations see how exciting and wonderful it is.”

A collaboration with two co-authors, Patti Breitman and nutritionist Virginia Messina, the book is a how-to guide on going vegan in the middle-aged years and beyond.

According to a 2011 Harris Interactive study commissioned by the Vegetarian Resource Group, about five percent of the United States population is vegetarian and about half of these vegetarians are vegan, meaning they've given up dairy and egg products along with meat.

Many people are opting for a vegan lifestyle for health benefits, while others choose it over concerns about animal welfare – over 9 billion animals are killed each year for meat consumption. In addition, many environmentalists are turning to a vegan diet in the name of sustainability. A 2010 United Nations report said a global shift towards a vegan diet is critical to mitigating the global issues of hunger, fuel poverty and the worst impacts of climate change.

“The issue of sustainability with regards to meat-eating is almost impossible for environmentalists to ignore,” said Adams.

Although Adams gave up animal products over animal welfare issues, first turning vegetarian at age 23 in 1974, then converting to veganism in the late 1980s while working on her groundbreaking book, The Sexual Politics of Meat, her latest book focuses primarily on the health gains of being vegan.

Adams said she and her coauthors chose their topic because they realized that many over-50s were interested in veganism but thought they were too set in their ways to change. Yet, Adams believes this age-group could benefit the most from the healthy diet.

A vegan diet can improve your cholesterol, blood pressure and bowel habits within a few weeks of making the change, the book promises.

Adams and coauthors debunk the myths that it's too hard, complicated and expensive and recommends easing into the lifestyle slowly: Try it one day a week, try it one or two meals a day. Start with the vegan foods you already like, such as hummus and minestrone. 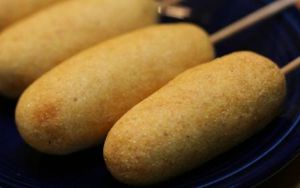 “Don’t focus on what you can’t eat, but look at the many foods you can eat,” says the book.

The book includes a recipe for vegan corny dogs. HappyHervivore.com.

By way of example, the authors include a variety recipes that will entice anyone who’s interested in healthy eating. In addition, they dish on vegan alternatives for comfort foods like Philly cheesesteak, corny dogs, barbecue, Rotel dip and Texas chocolate sheet cake. 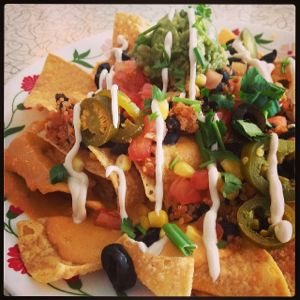 So is it hard being vegan In North Texas – smack dab in the Steak Belt? Adams says being vegan in DFW is easy. All the meat and dairy substitutes, such as tofu, seitan, tempeh, soy milk, veggie burgers, veggie bacon and vegan cheeses, are available in local stores, including Whole Foods and Central Market.

For those who don’t like to cook, Adams said Dallas-Fort Worth has a plethora of restaurants that offer vegan fare. In addition to Spiral Diner, Be Raw, Loving Hut, Reverie Bakeshop and Stir Crazy Baked Goods, you can also find vegan items on the menus of most Asian restaurants. She added that the high-end restaurants tend to be accommodating if you call ahead. But even at restaurant chains, you can be creative.

Right, Nachos Supremo from the all-vegan Spiral Diner, which has locations in Dallas and Fort Worth. Below, vegan pies from Reverie Bakeshop in Richardson. 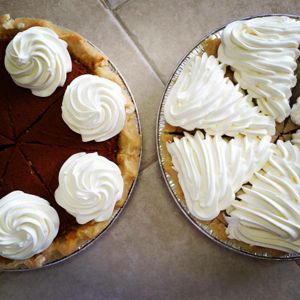 “Even when I went to CiCi’s pizza, I could get the deep dish pizza and leave the cheese off,” she said. “Now other places have vegan cheese.”

Adams admits Dallas has some catching up to do with other big cities. She cites her favorite four-star vegan restaurants such as Blossom in New York City, Vedge in Philadelphia, Plant in Asheville and Millennium in San Francisco.

“I’d love to see a restaurant like that in this area,” said Adams “In those cities, lots of people who aren't vegan go there because the food is so great.”