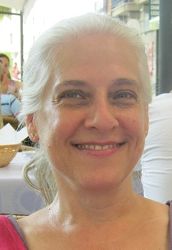 In May, when the National Oceanic and Atmospheric Administration announced that the level of carbon dioxide levels in the atmosphere had surpassed 400 parts per million, Karen Weiss of Dallas took it as a wake-up call.

Although, she hadn’t had much time to worry about global warming while raising her two children and running her own business, she knew enough about climate change to know that wasn’t good.

“I honestly wasn't really aware of how far we’d gone with global warming,” said Weiss, a henna tattoo artist and painter. “I said ‘Oh my God, this is serious.’” (Photo: Karen Weiss) 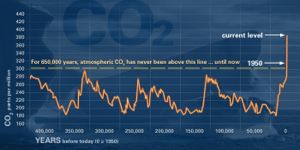 (This graph, based on the comparison of samples contained in ice cores and more recent direct measurements, provides evidence that atmospheric CO2 has increased since the Industrial Revolution. Source: NOAA)

Deciding she had more time to devout to the issue now that her kids were grown, Weiss saw the milestone as a call to action.

After doing some research, she discovered Al Gore’s Climate Reality Leadership Corps. Part of Gore’s Climate Reality Project, the program offers free training two times a year. The 3-day workshop teaches participants leadership skills, communication strategy, social media and public speaking tips while arming them with facts about climate change. When Weiss learned that Gore would be one of the instructors, she was sold.

Weiss just returned from the training, held the last week in July in Chicago.

“It was so inspiring, said Weiss. “Al Gore is an amazing person. He stood up there and talked for eight hours with so much energy, intelligence, warmth and humor. HIs devotion to this issue is unbelievable.”

Weiss said now that’s she’s completed the training, she’s expected to complete 10 presentations or acts of leadership in the coming year. She said she’s just starting to form plans but wants to help other busy professionals find a way to make their voices heard, even if they only take five minutes to sign a petition. 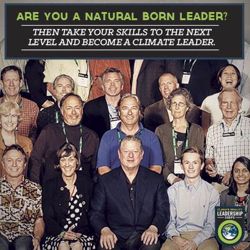 Gore and his organization are hoping informed recruits like Weiss are the key to changing the culture. According to the Climate Project Website, Weiss is one of nearly 6,000 trained Climate Leaders in more than 100 countries who are educating their communities about climate change.

“I’m jumping in with everything I’ve got on this,” said Weiss. “I’ve been awakened and I want to help other people wake up. If we don't all do something now, life will change as we know it.”

To contact Weiss about a speaking engagement, email Karen.Weiss.Net@gmail.com.