Dallas-Fort Worth residents learn to be environmental lobbyists

Some Dallas-Fort Worth folks are learning to be lobbyists for the environment, thanks to the local chapter of Citizens Climate Lobby (CCL). The nonpartisan organization, which has 95 chapters in the U.S. and Canada, trains people to lobby Congress, almost like the high-priced lobbyists hired by business and industry groups. CCL's mission is to create the political will for a stable climate by empowering individuals to exercise their political power.

Members of the Dallas group include engineers, recent college graduates, an attendee of the first Earth Day and others with diverse occupations and experiences. They have already racked up many accomplishments, including getting Letters to the Editor published, meeting with members of the U.S. Congress, performing outreach and writing op-ed pieces. 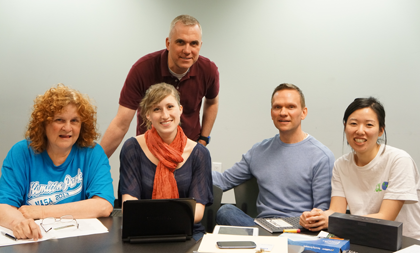 The Dallas Chapter meets on the first Saturday of the month to join a national conference call at noon. The first half-hour is dedicated to education, with the second part focused on action. 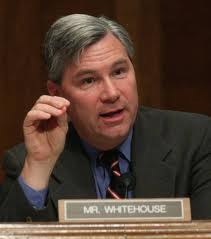 For the conference call, the speaker may be a scientist, politician or an expert in some field like economics who has information pertinent to climate change and how to curb greenhouse gases. For example, at the May meeting, U.S. Senator Sheldon Whitehouse D-Rhode Island, a long-time advocate for addressing climate change, was the speaker. He spoke about market-oriented solutions, such as the carbon tax supported by CCL. However, he also pointed out that there are many regional issues that must be addressed to get legislation passed. For example, some states produce a lot of coal, and states like Missouri depend on coal for most of its power generation. (Photo: www.progressive-charlestown.com)

The meetings always conclude with a call to action. The group reviews progress and priorities for the next month and gets a pep talk.

Here are some of the accomplishments of other groups across the nation and Canada in April:

Sign up for the weekly Green Source DFW Newsletter to stay up to date on everything green in North Texas, the latest news and events..

Phillip Shinoda is editor of Green Source DFW.  He can be contacted at editor@greensourcedfw.org