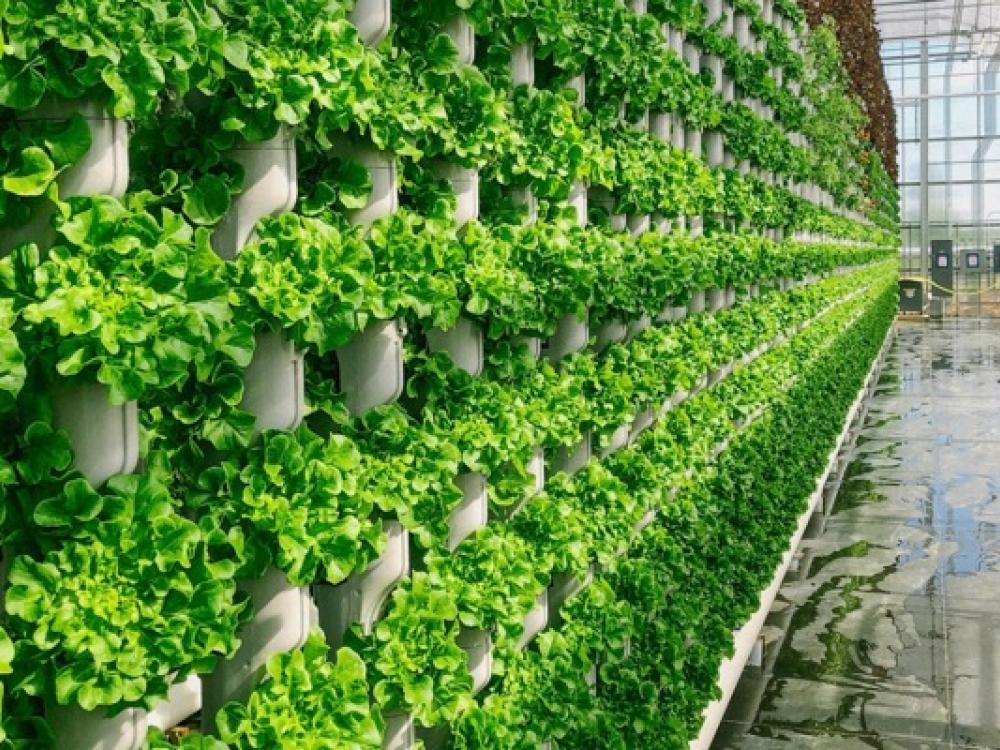 Eden Green's non-GMO and pesticide, herbicide and chemical-free produce can be found in Walmart stores in Texas starting this month.​

A Dallas-based company debuted the region’s first high-tech vertical farm that stands to reclassify the state as a major producer of greens, berries and other delicate crops - all grown year-round without pesticides or other chemicals.

Formed in 2016 with $22 million in backing, Eden Green Technology has tested and tweaked its proprietary growing technology in a row of nondescript greenhouses in Cleburne for the last two years and is now ready to sell its Crisply brand of fresh salad greens and herbs through Walmart stores throughout the state beginning in July.

Packed in transparent plastic containers, Swiss chard, kale, butterhead lettuce and other leafy greens will be delivered to Walmart’s distribution center on the same day they’re harvested, thus cutting out the typical diesel-powered 1,500 mile journey that many brands of salad greens require as they’re trucked in from California.

At the center of the growing technology is a hydroponics system that the company designed and manufactured itself. Plants in the system grow in nutrient-rich water that continuously bathes their roots in oxygen, nitrogen, potassium and all the other elements they need.

Simultaneously, refrigerated air is pumped into the rootzone and streams out around each plant, creating a cooled microclimate that keeps the produce robust and bitter-free no matter how hot the weather is outside the greenhouses. Because growing conditions are kept ideal for each crop, produce reaches maturity in about half the time required by a conventional, field-grown crop of salad greens - 27 days instead of two months.

The technique is known as vertical farming because the crops are placed in receptacles that run along vertical tubes that span two stories from the greenhouse floor to the ceiling above. Because the crops are grown vertically, each square foot of growing space yields up to 34 heads of lettuce rather than the four heads that can be produced horizontally in a field.

The term crop cycle refers to the time it takes a crop to grow from seed to harvest. Grown conventionally in a field and subject to seasonal scheduling, leafy greens can only achieve three to four crop cycles per year. In contrast, crops growing in a climate-controlled greenhouse can produce as many as 13 crop cycles annually, thus compounding the total weight of a yearly harvest for every square foot of growing space.

This land efficiency tackles the issue of habitat loss as well because the company’s greenhouses are able to grow one million pounds of produce per acre each year; to grow that much on a field would take 34 acres. By concentrating crop yield on a smaller footprint, the operation can churn out an exponentially larger harvest, producing more food on less land.

As the expansion of conventional agriculture is one of the largest drivers of habitat loss throughout the world, vertical farming stands to shrink the land currently needed for producing the world’s food and slow the pace of land conversion in the future. Therefore with the adoption of this technique, much of the 50 percent of habitable land on the planet that is currently under plow could be abandoned and allowed to grow back into forests, wetlands and meadows. 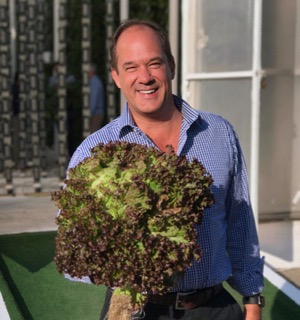 Additionally, water consumption is reduced by up to 90 percent with a hydroponics growing system as water is channeled only to the plants’ roots and subject to less evaporation in a closed system that filters and recycles water continuously until it’s taken up by the crop.

The company has also opted for a traditional greenhouse that relies on natural sunshine rather than power-consuming artificial lighting, as some competitive vertical farms have undertaken.

“Eden Green Technology leverages the sun while shrinking power and water consumption,” says Eden Green Technology CEO Trey Thomas. “We also have less loss of product and use far less energy than other vertical and conventional farms. We grow wherever we want and we grow wisely.”

Although Texas is a major producer of corn, sorghum, wheat and other grains along with a hefty showing of melons and citrus fruits that thrive in heat, the state is not known as a producer of delicate crops like strawberries, leafy greens and cruciferous vegetables. Eden Green Technology’s climate-controlled greenhouse, like any vertical farming operation, is capable of making the state a competitor in a wide range of crops that have yet to be grown in Texas on a large, commercial scale.

For now, the company produces only salad greens and herbs. Although not certified as organic, the crops are grown without synthetic pesticides and herbicides. Additionally, the crops are continuously monitored for pathogens to ensure they’re always safe to eat.

Eden Green co-chair Jaco Booyens says the technology can be placed in any climate, anywhere in the world and that the company intends to be operational in seven additional regional U.S. hubs in the next 18 months while moving forward in two international locations: one in the Caribbean and one in the Middle East.

“We are tackling the food security issue head on and addressing food deserts with our ability to grow anywhere globally,” Booyens says. “We are ensuring accessibility to fresh produce for all populations.” 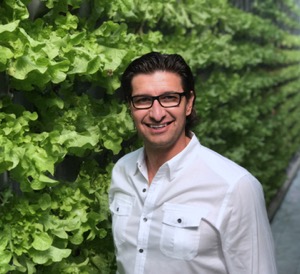 Booyens says the company was founded to fulfill a mission to bring fresh, nutritious and affordable food to the masses and says one of the reasons the company chose to locate in Dallas is that one in every four children in the area has poor access to healthy food. To meet their needs, a philanthropic arm of the company called First Fruits will supply the North Texas Food Bank with fresh produce.

First Fruits fulfills the mission of Jacque and Eugene van Bureen, the two South African brothers who co-founded the company. During a simple interaction they had several years ago with a young African child, they discovered that he and his sister alternated the days that each could eat - the sister one day; the boy the next - as they dealt with food scarcity in their region. Subsequently, the Bureen brothers decided that they would research and develop technology that would ensure everyone throughout the world would have plenty to eat. Eden Green Technology is the fruit of their labor.

The company plans to add strawberries, blueberries and vine crops to the operation in the near future. Booyens says Eden Green is also researching the feasibility of introducing a variety of exotic fruits to the U.S. as well.