After a protracted discussion, the Dallas City Council Monday finally approved a Gas Drilling Task Force.  In one of his first actions as Mayor, Mike Rawlings called for a vote to seat the 11-member task force that will evaluate the environmental, health, safety and quality of life impact of gas drilling Dallas.  After a six-month debate, the task force was finally approved – but not without some controversy.
Newly-elected council member Scott Griggs, asked the council to amend the task force proposal to include a resident from Mountain Creek, an area being studied for drilling. Griggs asked that Ed Meyer be placed on the task force but could not get a second from the council to put the matter up for a vote.
Nevertheless, environmentalists are calling the city council task force a success. 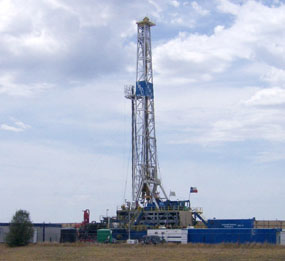 "The Dallas Gas Drilling Task Force Members, approved today by the Council, include some excellent people who were recommended by the Dallas Sierra Club and other environmental and neighborhood groups,” said Molly Rooke, a champion of environmental issues.

“We are disappointed that some others we recommended didn't make it onto the task force. We hope that the task force will listen carefully to all who have had experiences with and knowledge about unconventional gas drilling around North Texas, from residents who live near the potential drill sites (none are on the task force) and to all who are concerned".

Dallas City Council Woman Angela Hunt also said she was very pleased with the composition of the task force.

“The task force will be charged with examining the latest data about urban gas drilling and its impact on residents and the environment,” said Ms. Hunt. “Assuming the task force determines gas drilling – and fracking in particular – can be done safely in an urban setting, then what types of regulations should the city develop to protect the health of our citizens, as well as the quality of our air, water and soil?  Over the next three months, the task force will develop a set of recommendations to the Dallas City Council, which we will ultimately act on,” said Ms. Hunt.

Fracking is a drilling technique known as hydraulic fracturing of underground rock formations by injecting chemicals and water to release trapped gas. There are, however, concerns about spills, leaks and contaminations from chemicals used in the process. And some say the industry has moved too fast with little regulation.

Councilman Scott Griggs said he wanted Ed Meyer on the task force because he lives above the Barnett Shale. “It is only right that we have someone on the task force who will be directly impacted by the drilling,” said Mr. Griggs. “This will always taint the task force,” he said.

In her blog, Councilwoman Angela Hunt said, “Six months ago, it didn’t look like we were going to get a taskforce.  Luckily, after some discussion and persuasion, the Council agreed that a taskforce was necessary. “

After Monday’s council meeting, Ms. Hunt said the reason Councilman Grigg’s proposal failed was because, “ there were council members who felt very, very strongly that they did not want a protracted debate on the day of the Inauguration. If we'd debated Scott's motion -- which risked adding a pro-industry person to the taskforce --  we would have ended up delaying the taskforce a month at which time the majority would have still supported the addition of an industry person to "balance" Scott's proposed resident appointee. “Overall, she said, “this is a good taskforce that I believe will do what's in the best interest of our residents and the environment, not the gas industry's bottom line.”

Appointees to the task force represent three areas: subject matter experts, industry and business representatives, and neighborhood and environmental representatives. They include:

ENVIRONMENTALISTS/CITIZENS
•    Cherelle Blazer, a Yale-educated scientist and director of the environmental group You Can’t Live in the Woods
•    John McCall, an Oak Cliff attorney and past president of the Oak Cliff Conservation League
•    Ramon Alvarez, a senior scientist at the Environmental Defense Fund.

The task force will also include chairperson Lois Finkelman and a representative from the Park Board.