Dallas chef grows own organic ingredients at his Midlothian farm 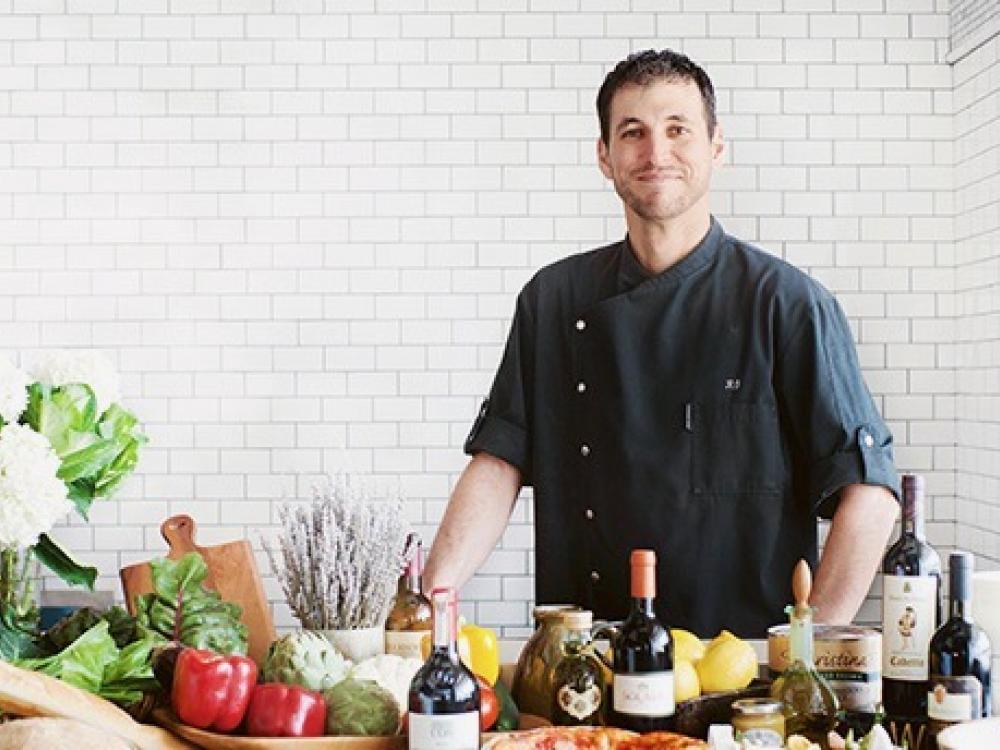 Executive Chef Ryan Olmos grows much of the ingredients for his CiboDivino Marketplace dishes at his own farm.

Executive Chef Ryan Olmos not only whips up fresh creations at CiboDivino Marketplace, an authentic Italian market in south Oak Cliff, he also grows much of the ingredients he uses at his organic farm at his home in Midlothian. 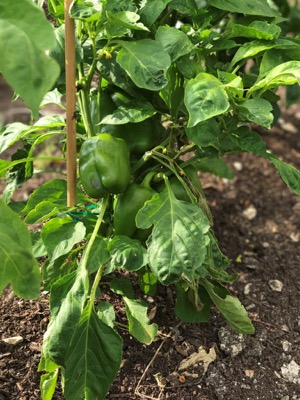 Olmos has been an executive chef since 1997 and he has been at CiboDivino since its conception three years ago.

“Being passionate about food and the growing process, I wanted to see what would grow well in my area and utilize it the market,” Olmos explains. “Also, the idea of supporting local farmers is great, but on a business side it is hard to justify some of the pricing versus our main line distributor in order to keep consumer prices in line.”

With that in mind, he decided to start his own farm, and it's as organic as it gets.

“Nothing is used other than compost mixtures and water,” Olmos explains. “The grounds were previously a home for pet pigs so the ground is really fertile. We have not used any pesticides or fertilizers or weed control and, by the look of it, you can tell as some of the weeds in the area are bigger and grow faster than some of the crops.

When Olmos began producing "Olmos Famous Organics," he liked controlling exactly what went into the ground and the farming process. He also relishes being able to provide CiboDivino with the freshest product.

“I can pick the garden before work and cook with the produce the same day,” he says.

As for the size of his farm, it’s about four acres on his own “homestead” as he describes it.

“That being said, the test plot for the crops is about 40-feet-by-100-feet, which may be championed to a two-acre pasture for larger scale production,” he explains. “We will see this season what works and what doesn't as well as how much product we will need and how many plants are needed to fulfill production.” 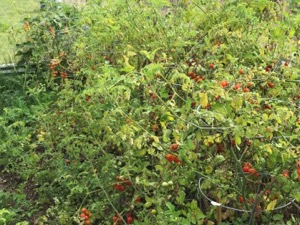 “I also laid a few goji berry plants, which should produce in a few years,” he adds. “In the next months, we will be testing cabbages, bok choy, collard greens, kales and cauliflower.”

For now, the yield from his garden is being used exclusively by CiboDivino. In the future, Olmos says he hopes to produce enough to donate to a local food bank in Midlothian and supply other local restaurants.

“CiboDivino being my full time job leaves little time to tend to the garden,” the green thumbed chef adds. “However, I do all the farming myself with a little help from my father-in-law. I dedicate an hour before work and as much as a few hours after work as well as the majority of my day off tending to the grounds. My father-in-law, who is a also a bartender at CiboDivino, helps tend the garden as he was a crop manager/farmer before he moved up north to be closer to his grandkids and he has plenty of experience.”

Olmos is quick to admit he does not come from a farming family, but he does come from a family that utilized the outdoors and Mother Nature for everything.

“I remember my grandmother picking the chili peqins in the afternoon to make salsa for dinner,” he reminisces. “We grew up going to the ranch and hunting as many weekends as my school and sports schedule would permit and that was the happiest times of my youth.”

Olmos’ grandfather was part of the Navajo tribe and the Manito family. Olmos said he was always making sure his grandson wasted nothing with the animals while at the same time being respectful of the land.

“My dad was the one who took all his teaching and passed them on to me,” he adds.

While the chef is passionate about his produce, he said he is still a meat eater nevertheless.

“I am a full-blooded meat eater,” he explains. “That being said, I was also taught to respect and value everything these animals give to us and truly appreciate the circle of life. We as a family never took off the earth that which we didn’t use in the fullest. Never were we allowed to trophy hunt as the animals were there for our livelihood, not our egos.” 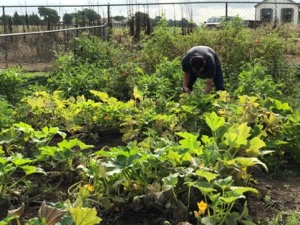 In daily life, Olmos also practices eco-friendly practices from designing and constructing his remodeled kitchen to making most of the furniture inside and outside his house.

“I also believe that with farming, comes critters to take crops and I don’t have any type of critter control other than my dogs,” he says. “I have found that a few crops tend to be completely eaten by bugs, but the crop next to it is untouched. So, what I’ve learned is certain crops are baits for bugs and then the other crops thrive and I allow and leave some of the crops on the ground for the critters to eat so they are happy and we take everything else.”

“I have looked into solar power and wind power, but I’m not there financially yet,” he adds.

But he does have these ideas as future goals in order to produce more natural resources.

As for the future of his farm and his goals there he concludes, “I would love to attend local farmers markets as well as have the produce for sale in a cart in the middle of CiboDivino to show people that the food we make is truly farm-to-table.”