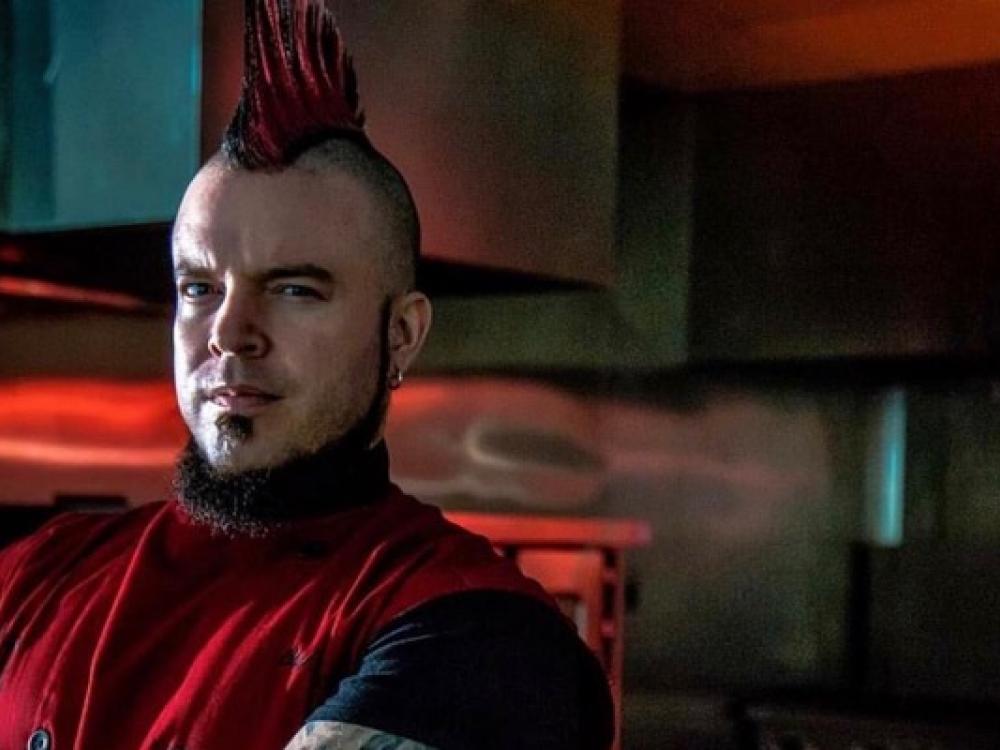 Chef Patrick Stark is the founder of Mohawk Militia, a nonprofit that aims to provide assistance, education and employment to vets through sustainable urban farming. Photo courtesy of Chef Stark.

A Dallas chef wants to give North Texas veterans meaningful employment while teaching them to eat healthy.

Chef Patrick Stark is known for his cooking, TV appearances and trademark mohawk haircut, but it’s helping those in need that really drives him.

That’s why he created the Mohawk Militia, a 501c3 charity focused on the ‘Power of Clean Food’ and launching a veteran-run sustainable farm.

The Mohawk Militia aims to provide assistance, education and employment to United States veterans through sustainable urban farming. The charity's mission is to teach veterans about healthy eating and provide a platform for them to earn money by planting vegetable seeds and harvesting organic crops. The produce would then be sold to local restaurants with 100 percent of the revenue going back to the veterans.

To further this cause, the Mohawk Militia recently obtained land with the help of Mill City Community Association in East Dallas near Fair Park and is currently raising funds to build their first greenhouse on that land. Additionally, they are in the midst of determining strategic locations throughout Dallas-Fort Worth to house additional greenhouses for growing crops and employing veterans. On Memorial Day, Mohawk Militia organized its biggest fundraising effort ever, attempting to raise $250,000.

Not a Dallas native, Stark is originally from Akron, Ohio. He is a graduate of the Culinary Institute of America and began in the corporate world opening several locations for O.S.I. He then created his own private dinner party service, called “The Stark Raving Chef” where he designed a personal, in-house dinner service with unique menus and entertainment. He now runs his own consulting company Focus Consulting.

Stark said his philosophy on food is the old adage ‘You are what you eat.’

“It’s amazing how you can feel the difference after consuming processed and fast food versus something nutrient dense,” Stark said. “America has a serious epidemic on eating for entertainment versus nourishment. We also have the misconception that if an item is on a supermarket aisle it must be safe.”

Stark said he decided to start Mohawk Militia five years ago because of his concerns that the food industry is destroying pure strains of animals, plants and produce.

“When we start messing with Mother Nature, it’s not a good thing,” he said. “We have been crossing genes or ‘genetic modifying’ for some time. Once we modify all the strains, we will lose all purity and there is no reversing.”

Stark said it took him five years to figure out how he could impact this dilemma. So, with the help of a charity board, they decided to start in their own backyard.

“We figure that if we can start building greenhouses, employing and teaching our American veterans to grow clean food, harvest and sell to the community, we have done more than just fight our food program and its epidemics,” Stark explained. “We are now on pace to change the culture in our community, create jobs and produce clean food. We are currently working with major U.S. retailers to scale this program across the United States. The big win will be creating thousands of jobs for our veterans, grow a ton of clean organic food and hopefully build a marketing campaign in these stores that feed, teach and promote clean food.”

Stark’s greenhouse initiative is currently on pace to pay each vet almost $40K per year for growing, maintaining and harvesting of organic, non-GMO crops. And with more assistance from generous donors, the goal is to eventually expand the concept and create restaurants inside certain greenhouses, which will provide another avenue for veteran training and employment.

Stark said he's a firm believer in uniting for a common cause and may find a way to partner with FARM in the future.

"Bottom line is, it's all about helping the vets."