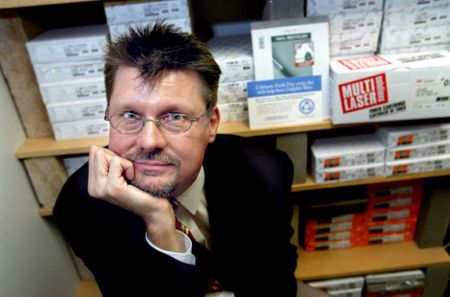 Dolphin Blue has become a local leader when it comes green businesses. Since its founding in 1994, the Dallas-based company has kept its mission to be true to people, planet and profit in all of its decisions.

The business, which specializes in eco-friendly office supplies, continues to sell only products made or remanufactured in the United States. And in 2012, the pioneering company received the ultimate green seal of approval when it earned its B Corp certification.

But founder and CEO Tom Kemper said when he first arrived in Dallas in 1980 he didn’t know what his future held.

“I wanted to have my own business as early as my mid-20s," said Kemper. "I had no idea how to run a business, nor did I have any indication as to what type of business that would be.”

That all changed in July 1992, however, when Kemper volunteered to run the first public recycling collection in Dallas at the Shakespeare Festival of Dallas at Samuell Park. He collected, sorted, bagged and attempted to re-introduce the recovered materials into the commercial markets to be used in the manufacture of post-consumer recycled products, but he says he learned quickly that “placing items in the bin for recycling does not an environmentally responsible endeavor make.” 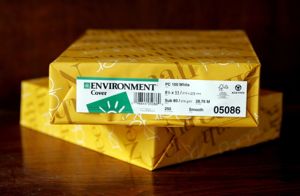 Believing strongly that only when both consumers and businesses buy products made from the materials that have been placed in recycling bins is there any possibility of preserving the earth’s natural resources and lessening the flow of usable recovered materials into landfills.

“My experience in conducting that recycling collection early on inspired me to start a business that would provide only products made from post-consumer recovered materials,” said Kemper.

With significant experience in the office environment having spent the prior 20 years selling a variety of dictation systems and microform, it seemed that selling earth-friendly office supplies was a perfect fit.

“I was well aware of what I perceived as wasteful practices regarding the volume of paper and office files I witnessed in all businesses,” he explains. “These wasteful practices placed a huge burden on the ability of our natural world to survive, and I was willing to build my future on changing that. Early in the formation of Dolphin Blue, I heard one of my heroes state, ‘If we as a society are to become sustainable, then it is up to business to take the lead.’ That hero of mine was the late Ray Anderson, founder of Interface. Ray inspired me to do great things.” 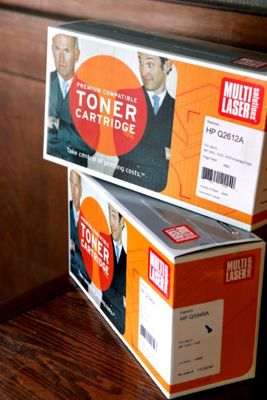 Over the years, Kemper has added a host of additional items to his merchandise list, selling his products to companies across the United States and, he says, doing business mainly through an internet presence and e-commerce platform at DolphinBlue.com since 1995.

“SSA buys more post-consumer recycled, printed envelopes than all the Fortune 500 have done in their cumulative corporate history and has done so for the past 14 years,” Kemper says.

He also gives high kudos to Big City Crushed Concrete who he says “walks their talk” by purchasing post-consumer recycled paper for their business operations.

“They are local environmental heroes too,” he said. 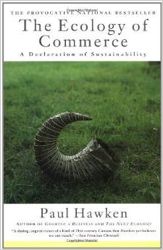 Kemper says books he read like Paul Hawken's The Ecology of Commerce helped him run his business.

“Paul's writing became for me the primer I needed to guide me in decisions I would make in running Dolphin Blue.”

Kemper also credits work done by Dr. Karl Henrik-Robert in The Natural Step for Business as a tool he used as a guide as he built Dolphin Blue.

In recent years, personal health has taken center stage in Kemper’s life, after he was afflicted with Lyme Disease in 2011, and changed how he operates his business. During the ordeal, Kemper trained his staff to prepare for his not being there and had them document their positions and duties and cross-train. 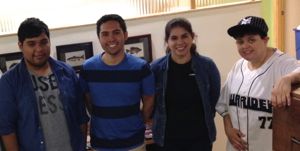 “I believe Divine Guidance played a hand in steering me toward that teaching and ultimate learning,” he said.

He walked out of his office on Dec. 21, 2011 and he says he had not yet returned, adding that his staff does an amazing job. He and Dolphin Blue’s chief operating officer, Mike LaBuda also meet no less than once a week too.

“Having gone to the precipice on three separate occasions in the past year and a half, I value my time with great attention and respect for the work that still needs to be done by me,” he says. “If we are to leave our children, and their children, a world in which it is worth living, we have much work remaining. I will do all within my remaining time here, to create that sustainable planet.”

In 2012, the company reached another milestone when it achieved B Corp certification, after a rigorous review of business records regarding its finances, operations and policies by an outside reviewer.

“Becoming a B Corp was a perfect marriage for us, since we were already doing most everything on which B Corp certification is granted,” Kemper explains. “We were honored to have recently received recognition by the B Corp community as being ‘Best for the World' among our peer group of certified 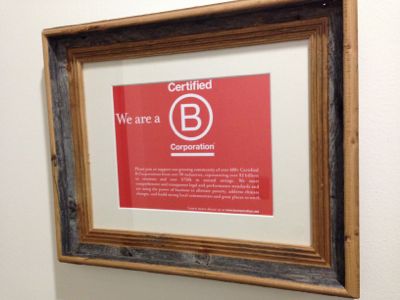 B Corp enterprises. Within 30 days of receiving that honor, we then received recognition as being ‘Best for the Environment’ among our peer group too.  In essence, our stated and documented beliefs share with all who strive to create a sustainable planet for future generations and as a certified B Corp, along with our fellow B Corps now spanning the globe, we practice daily being the change we seek to experience in our world.”

In 2013, Dolphin Blue's reach extended into activism when Kemper produced a documentary on the Texas bus trip to the Climate Change Rally in Washington, DC. But he believes that even his day-to-day operations of Dolphin Blue will have a lasting effect on the planet.

“You really and truly can save the songbirds by buying post-consumer recycled office supplies, children’s toys, pet toys and pet products, calendars and planners, back-to-school items and cards and gifts,” he said. “And, as an added benefit you'll also create a sustainable planet for your child's future.”