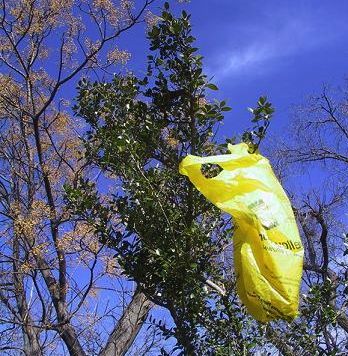 The Dallas City Council passed an ordinance on
March 26 that requires retailers to charge a 5-cent fee for single-use bags.

The Dallas City Council passed a plastic bag ordinance on Wednesday that environmentalists hope is the first step in phasing out what has become an ever-present symbol of the culture's environmental irresponsibility. 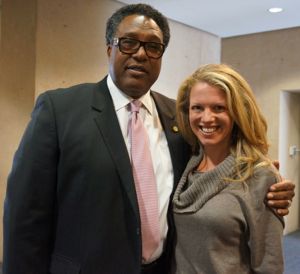 The law goes into affect in January and applies only to single-use bags, excluding dry cleaning bags, newspaper bags and produce bags. Retailers will keep 10 percent of the fees they collect with the remainder going into a city fund to offset costs to manage the program.

Supporters of the ordinance said they hope to reduce the unsightly litter that harms waterways and wildlife by encouraging people to use reusable bags.

When asked if today's vote was a giant leap for Dallas, Texas Campaign for the Environment Dallas office director Zac Trahan said the ordinance was weaker that he’d hoped but he was still chalking up a victory.

“This would be a ‘big deal’ if we passed an all-out ban in Dallas,” said Trahan. “This is a start.”

Prior to the vote, several council members spoke out against enforcing plastic bag reduction. Councilman Lee Kleinman remarked that bag litter was not a problem in his North Dallas district and he didn’t see a need to worry about what went on in other districts.

However, moments later, Caraway held up his cell phone, claiming he had photos taken the day before of plastic bags littering a high-end Dallas country club golf course.

“That’s a myth that it only takes place in certain parts of town,” said Caraway. “Just drive down I-30 and see all the bags.”

Rita Beving, a Dallas-based organizer for Public Citizen wearing an anti-bag T-shirt, said reducing plastic bag use is another way to reduce our dependency on oil. 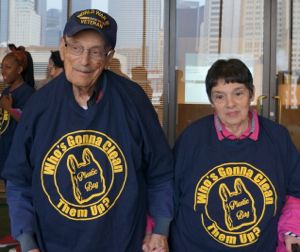 According to the Sierra Club, it takes 1.6 billion gallons of petroleum to make the 380 billion bags that Americans use each year.

She also noted that the ordinance, although a compromise, signaled that Dallas is listening to environmentalists.

“We have a younger and more progressive city council that is moving in the right direction, not only in terms of fracking, but on everyday issues.”