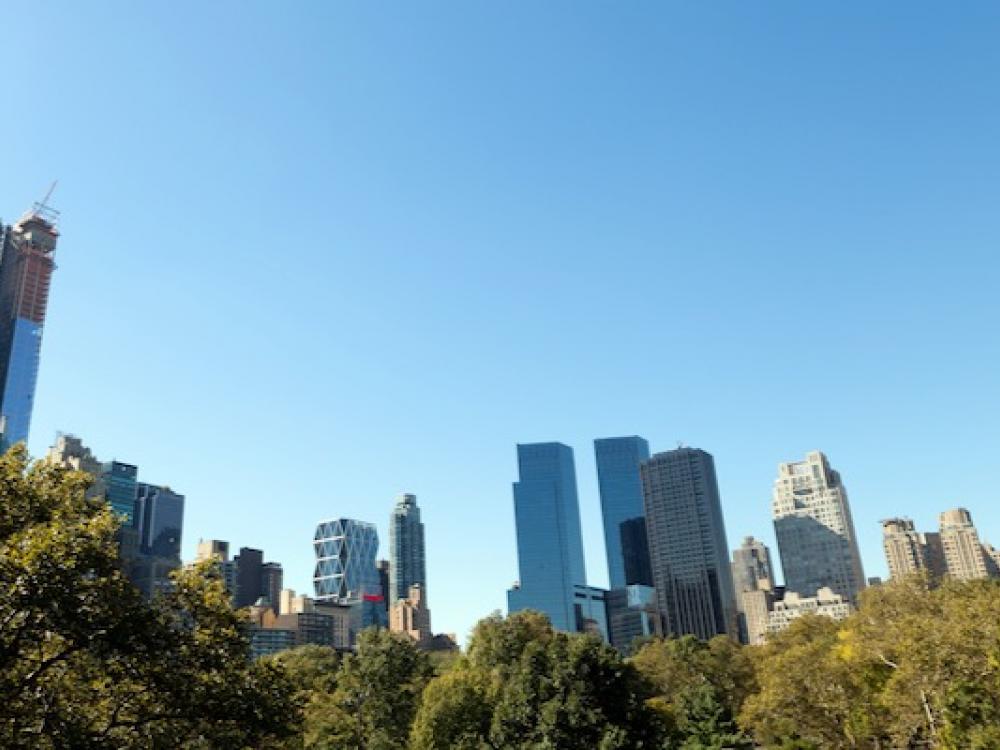 Dallas City Council passed a budget at the end of September that represents a leap forward for climate action in the city.

The 2022-2023 budget includes an increase of $2.5 million for the Office of Environmental Quality and Sustainability as well as additional funding to support other department goals outlined in the city’s Comprehensive Environmental and Climate Action Plan.

A portion of OEQS's new funding will be used to hire six additional staff members, including personnel dedicated to environmental justice issues, air quality and the city’s brownfield program. As much as $500,000 will be used for the environmental department's outreach and education.

In 2020, the Dallas City Council approved CECAP after a two-year stakeholder process. The 30-year plan aims for a 43 percent reduction in greenhouse gas emissions by 2030 and a goal for net zero carbon by 2050.

“It’s kind of a slow grind, but we’re trying to make as much progress on the front end as possible,” said Carlos Evans, director of the the Office of Environmental Quality and Sustainability for the city of Dallas. “We have eight goals and 97 actions. We're just trying to move about it in a strategic way.”

Evans, an environmental attorney and California native, worked nearly 20 years for the EPA before being hired by the city of Dallas in January.

“This gives me an opportunity to think about the future and advancing sustainability not just think in a backward way through enforcement cases," he said. "That to me is very enticing.”

Evans said other climate resiliency programs in progress include the installation of solar panels for three more city buildings, making a total of 12 city buildings utilizing solar energy. A solar installation program for residents is also in the works.

Meanwhile, a program is also being developed to help low-income residents with weatherization improvements to their homes.

“The weatherization pilot program should be up and running next year,” said Evans.

OEQS will receive $1.5 million to tackle another ongoing environmental problem — brownfields, properties that are contaminated with hazardous materials, left by previous owners.

There are about 2,000 suspected brownfield sites throughout the city of Dallas, according to Evans.

“We're currently managing a brownfields assessment grant that was given to us by the EPA, said Evans. “We would like to develop it into a permanent program.”

The OEQS is applying for two EPA grants to support the brownfield program. One is a revolving loan fund grant that would allow the city to loan money to developers to clean up properties.

“The city agreed to invest up to $2 million to assess and remediate the site,” said Evans

He said an environmental assessment has already been performed and the site will be entered into a state cleanup program.

There are also plans to ramp up the transition to electrify the city’s fleets.

The goal is to ensure that all transit vehicle purchases by the City, DISD and DART are fully electric by 2030. The end goal is to have a 100 percent electrified fleet in 2040.

The city also has plans to install 1,500 EV charging outlets to support 39,000 vehicles throughout the city by 2030, however, the new budget contains no funding for new charging stations in the coming year.

“The hiring of critically needed staff and the money for new initiatives and outreach will help expand and accelerate the measures needed to attain the goals of the CECAP,” said Beving, who also serves as a technical advisor to the Dallas Environmental Commission. “Still, the City can do more. For example, Dallas needs more public EV charging stations, and this new budget does not contain specific funding to make it happen.”

“Dallas means business on climate action,” said Shelley, director of the Texas office of Public Citizen in Austin. “All Texas’ major cities have climate plans, but few are funding as many quantifiable actions as Dallas. It’s time for our big city mayors and city councils to back their climate promises with real financial commitments.”